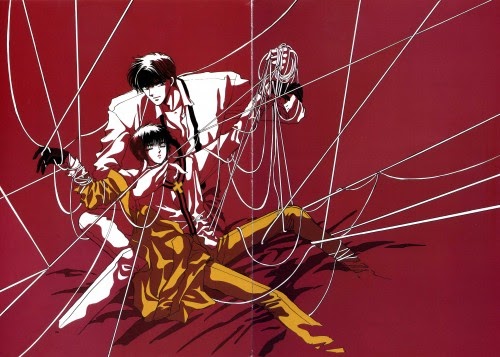 The 1990s and the early 2000s are considered the peak of CLAMP’s popularity. During the early years of their popularity, CLAMP released multiple series that launched them to becoming a household name. Today, we’re looking at one of those series, Tokyo Babylon.

Tokyo Babylon is the prequel to X or as it’s known in the West X/1999. Tokyo Babylon was released in 1990, and it ended in 1993. It has a total of seven volumes and received an anime and a live-action adaptation. This series is notable for its occult and social themes.

Tokyo Babylon follows Subaru, his twin sister Hokuto, and their friend, Seishiro. Subaru is the head of his family of magicians who is always seen with gloves on; his sister, Hokuto is a designer; Seishiro is a veterinarian who has a secret occupation on the side.

Subaru goes around Japan solving occult-related mysteries with the help of his sister. While he’s successful in solving many of these mysteries, the one supernatural mystery Subaru has trouble solving is his recurring dream where someone is waiting for him under a Cherry Blossom Tree.

As Subaru continues solving these cases, he begins to learn more and more about Seishiro’s secret life, the man in his dreams, and the marks on his hands that his grandmother told him to hide. 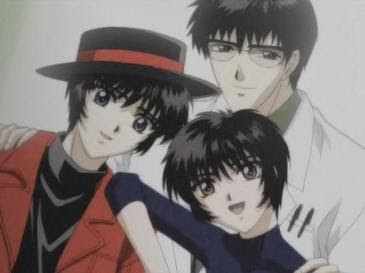 Subaru is the kind-hearted, reserved main protagonist of the series. As the next head of the Sumeragi clan, Subaru is trained to be an onmyoji, a specialist in divination and magic, and uses his skills to put spirits to rest and investigate haunted areas. He sees the good in everyone and believes that everyone deserves to be loved. His kindness and pure soul catch the attention of Seishiro, and due to his reserved nature, he is usually the subject of his sister’s fashion experiments.

Hokuto is Subaru’s older twin sister who has a high interest in fashion, and she often dresses Subaru. She isn’t as powerful as Subaru in terms of magic, but she can cast specific spells. She’s the polar opposite of Subaru which makes her a very lively character, but she always has her brother’s best interest in mind.

Seishiro is a veterinarian who quickly becomes friends with the Sumeragi twins. He says he’s in love with Subaru, and he actively goes out of his way to protect Subaru from harm, which cost him an eye. Seishiro is a bit standoffish, but he’s determined to protect Subaru and honors his commitments, even if it leaves Subaru a broken shell of the man he once was.

The two-episode OVA series was released in 1992. The OVAs follow Subaru as he tries to solve crimes with the use of his magic powers. Each episode is a stand-alone; however, both episodes do a great job of taking the main elements of the series and foreshadow the events that are yet to come in the manga. They’re a fun watch for fans of occult mysteries and those who want to get a taste of what the manga is about.

The 1993 live-action film is based on the Call.A chapter in volume 3 of the manga. The film is also the first live-action adaptation of CLAMP’s work. For the most part, the film stays true to the chapter it’s adapting, but it does make a lot of changes in terms of when in the series it’s set. The film is set after the events of Tokyo Babylon due to Hokuto’s role in the film and Seishiro’s true motives being unveiled.

The manga was relatively short, as it only had seven volumes. However, it does a great job at talking about a series of issues the writers noticed after they moved to Tokyo. While the series is pretty graphic, it’s an interesting one, and it sets up the events for X as well.

One of the most pivotal moments of the series unveils itself after Subaru befriends Yuu, a little boy who needs to have an organ transplant. His mother is frantic and wants to do what she can to secure an organ for her son.

When Subaru is about to offer up one of his kidneys, the doctors tell Yuu’s mother it’s too late. Her frustrations explode, and in a moment of blind rage, she charges at Subaru with a knife.

Being on the list for an organ is a long, tedious process that can only be sped up if it’s for a rather simple organ to find a donor for something like a kidney.

Even then, the process is still extremely long and can only be sped up if a compatible family member offers up their organ. Tokyo Babylon touches on the frustrations that loving parents face when their child’s life is on the line, and the extent they’d go for their children, even if it includes trying to carve out organs out of people.

The series doesn’t shy away from touchy subjects, and faith is one of them. In the series, a girl is put in a harmful situation and seeks out help from a group of people just like her. The group is actually a cult that is led by a woman who tells them to pray it all away, so they gain the strength to endure it.

While following the practices of this cult, the girl ends up getting hurt and realizes that blindly praying is not going to do anything for anyone, so she has to stand up for herself and confront the issue head-on.

The series doesn’t ridicule religion and the choice to have one or not, but it does imply that faith alone isn’t going to get you anywhere unless you work to what you’re praying for. It’s still a touchy subject because it mentions people using their faith to find some way of coping with the pain. However, it’s used to show people that you can’t reach your goals if you don’t put in the work as well.

CLAMP has always been known for celebrating all forms of love. This includes boy’s love (BL) in the manga industry. They’re the ones responsible for the doujinshi JoJo’s Bizarre Married Life, and a series of other BL titles that were featured in their doujinshi CLAMP Laboratory and their 1994 culmination doujinshi CLAMP in Wonderland.

This theme is prevalent in almost all of their works, and Tokyo Babylon is no exception.

Tokyo Babylon follows the conflicting relationship between Subaru and Seishiro. Throughout the series, Seishiro is open about his affections towards Subaru, and Hokuto is supportive of his feelings towards her brother, even with their 10-year age gap, which is a pretty common trait in a lot of CLAMP’s series. While Subaru is much more reserved, his feelings are there even if he’s oblivious to them.

It all explodes once Subaru realizes his feelings for the veterinarian, but due to the events of the series, their love doesn’t bloom. Instead, it destroys Subaru’s kind character who then makes it his mission to kill Seishiro. In X, we see more of the effects the ending events of Tokyo Babylon had on his kind heart.

Tokyo Babylon might not be as popular as Cardcaptor Sakura, XXXHolic, or Magical Knight Rayearth, but it offers something special to fans of much darker, mature plots that aren’t portrayed in cute fashions.

Instead, it offers a cold, dark, but realistic look at what pain can do to a person. Add in the occult sprinkle and the breaking of the kind-hearted character, and we get a coming of age story that breaks hearts.