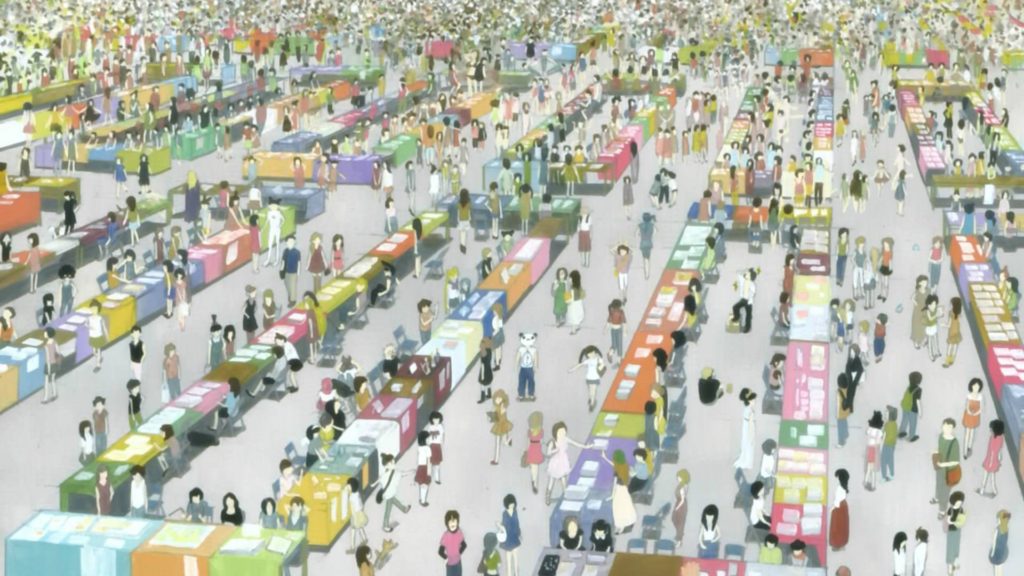 Comiket — the final destination; a place that so many Japanese otaku fashion as a kind of mecca for their hobby, yet also a place that few overseas fans can say that they’ve been to. Lines with thousands upon thousands of people are not a thing to be shunned; they’re to be embraced. Enduring the possibility of heatstroke while waiting for the doors at Summer Comiket to open, and withstanding the likely frigid temperatures of a late December morning during the wait for Winter Comiket — these are the battles fought, and to the victors go the spoils. Do you know who else reaps the rewards, aside from the scads of doujinshi fans? Talented artists, and members of the local economy.

It definitely behooves the government of Tokyo to keep such a lucrative event in the city. Even though this will be in the face of potentially reduced floor space, on account of planned media facilities for the 2020 Tokyo Olympics occupying Comiket’s hallowed halls, Tokyo Big Sight.

Tokyo governor Yuriko Koike announced plans to hold Summer Comiket in 2020 in, well, Spring. A proposed May 1-5 event timeframe is being floated, and remains to be seen if it will actually be adopted. This seems to be a much better option than any other — either Tokyo losing the event entirely to another major city like Osaka or Nagoya (Comiket staff actually polled exhibitors on this last year), or it having to be canceled altogether.

Very soon after Tokyo won the bid to host the 2020 games, Tokyo Big Sight was initially planned to be closed off to any exhibitions from April 2019 to October 2020. That would have been an entire three Comiket sessions. Comiket organizers and other businesses who rely on Tokyo Big Sight were understandably not happy with this plan, and have affected a change of heart to some extent. Now, even as the main halls of the convention center are still planned to undergo renovation and house Olympic media facilities during those times, the Tokyo Metropolitan Government is working with all parties involved to allow shows to continue.

To assist in alleviating any trouble that may be caused by closed halls and renovations, the government plans to build temporary event space near Tokyo Teleport station, a major transportation hub on Odaiba, the man-made island upon which Tokyo Big Sight stands. It remains to be seen if Comiket will take advantage of that planned space.

All in all, it makes for an interesting predicament, but it is great to see the government acknowledge the importance of Comiket for Tokyo. Through the economic gain it brings, and even the tourism it inspires, it’s definitely not an event we’d ever want to see lost. We’ll keep you updated as further information is released on the situation.