It’s September, and that means this month is Tokyo Game Show month! While the coronavirus pandemic leaves the prospect of an in-person event for this year’s show an impossibility, the show must go on, so they say. An online version of the event with both event-run and publisher-organized streams making up a number 4 days of Japanese gaming announcements. With the event just over 3 weeks away, Tokyo Game Show Online 2020 has unveiled the broadcast schedule and the publishers that will take part in special programming for their official online livestream.

While we had a rough idea how the event would be handled in this new online-only environment and how the event organizers were approaching this radical strategy shift, this schedule makes it far easier to visualize how this new structure of event will pan out. Various Japanese publishers had the ability to purchase slots to broadcast special programs on the Tokyo Game Show Online 2020 official stream, which could then be used by these publishers for game updates and new announcements. 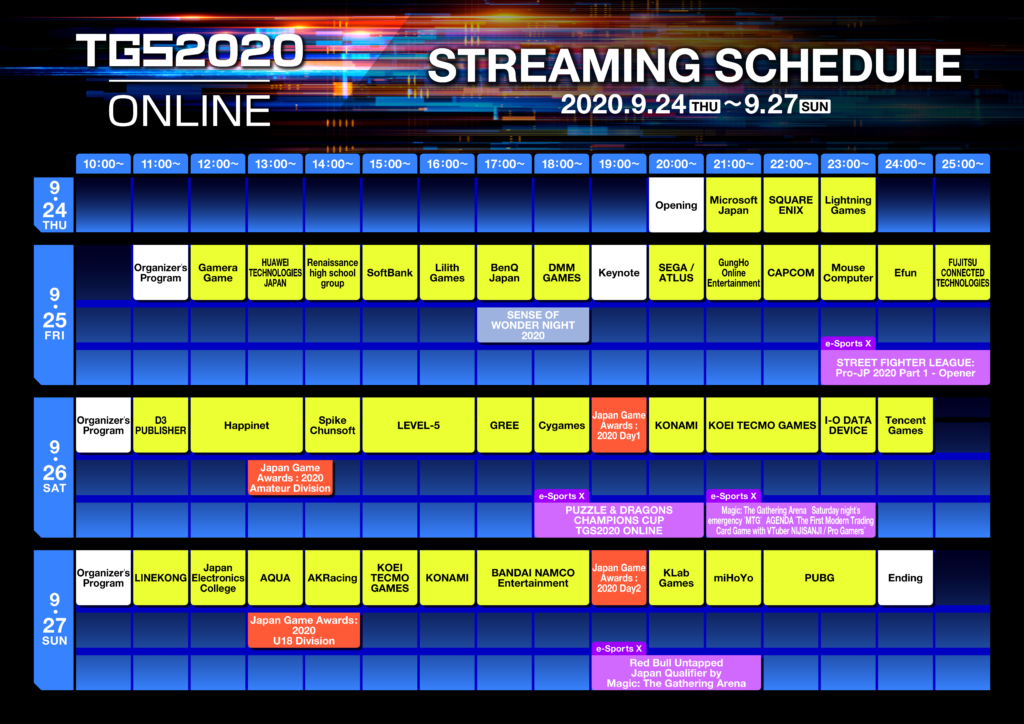 A number of major publishers have booked time slots for this year’s official livestream. Most notably, Tokyo Game Show Online 2020 confirms that this 4-day livestream will kick off with a 1 hour presentation from Microsoft Japan on September 24th. While the company does have the Xbox Series X on the horizon, the company’s console has notoriously underperformed in Japanese markets. In saying that, the company has openly courted Japanese publishers for new titles in recent years as seen with SEGA porting the Yakuza franchise over to the new console, making this event a statement of intent for the future of Xbox in Japan.