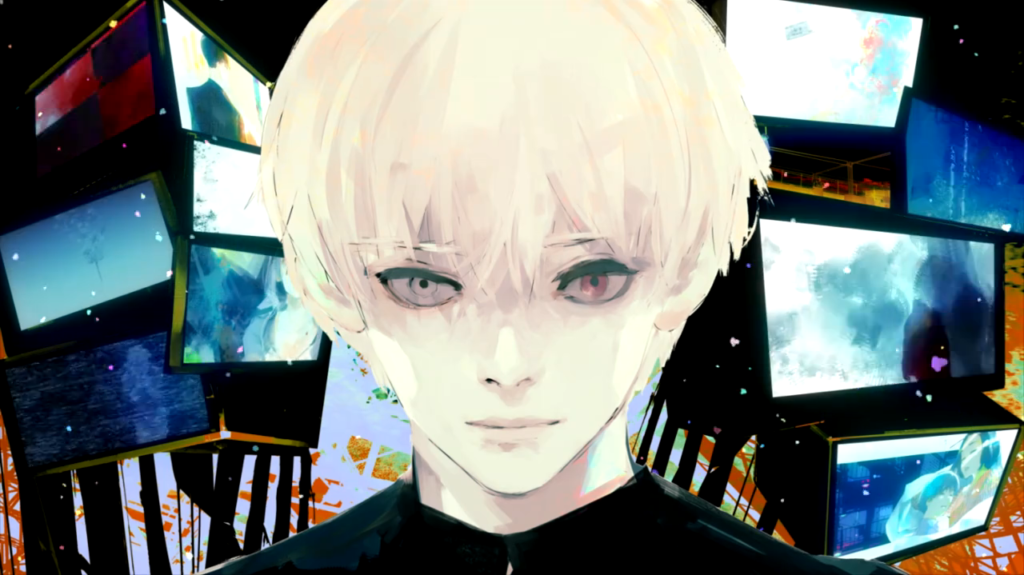 Tokyo Ghoul reached the peak of its western notoriety between 2014 and 2015 when the first season of its particularly excellent anime adaptation came out, complete with endless bickering and a dedicated cosplay community. In Japan, the manga continued on through the end of 2018 and its sales remained unshakable until the very end. Overseas though by the time Tokyo Ghoul: Re came to its close, ending the series once and for all, a large majority of the general fandom had long since moved on. Perhaps some didn’t like the drastic story changes that occurred when :RE started, possibly the third season of the anime took just too long to come out, or maybe too many saw it as a ‘fandom’ anime without lasting appeal. Ultimately,  Its stateside popularity didn’t have the longevity of an Attack On Titan or My Hero Academia stateside, despite being nearly as popular once upon a time. A shame, seeing as on the whole Tokyo Ghoul stands as a contender for the most significant work of the 2010s. 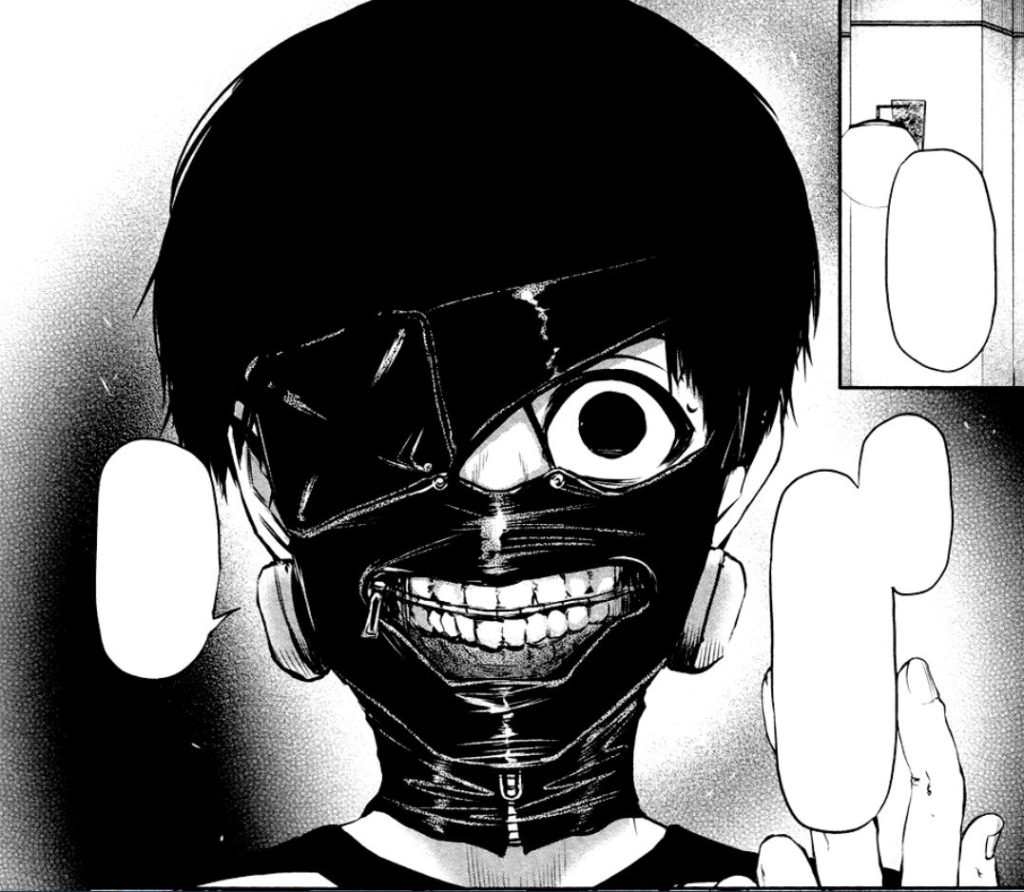 To relay a brief summary of Sui Ishida’s masterpiece wouldn’t do justice to what it’s really about, but with so many people having dipped early or skipped out entirely due to the series’ gimmicks restating basics is rather important. Tokyo Ghoul is the story of a young college student named Ken Kaneki who, as luck would have it, accidentally gets stitched together with a bunch of Ghoul organs after a life-threatening construction accident. Ghouls, by the way, are people who look, act, and talk like everyone else but they do have to eat humans to survive. They can also form weapons with and somewhat morph their bodies due to a special type of cell found exclusive to their race. The inclusion of these cells into Ken Kaneki turns him into, basically, a half Ghoul and from there he must become something of a bridge between worlds

Understanding what it was to be human but now having to live as a Ghoul, complete with being unable to eat normal food anymore, he’s left in a particular position. On paper, plot description alone paints Tokyo Ghoul to be potentially generic and more so, edgy. One might think’who needs another vampire or zombie story by another name’ right? Sui Ishida’s genius doesn’t come from the details of his magnum opus that you could easily look up on Wikipedia, but instead the hows and the whys of this tale being told.  Of course, every manga artist has their own quirks and charms that influence how they’re manga are depicted; Dragon Ball wouldn’t be Dragon Ball if Katsuhiro Otomo penned it instead of Akira Toriyama after all. Ideology ethos, or maybe it just comes to Ishida unconsciously, the downright poetic way the artist approaches both narrative and illustration in manga puts him in a league of his own. 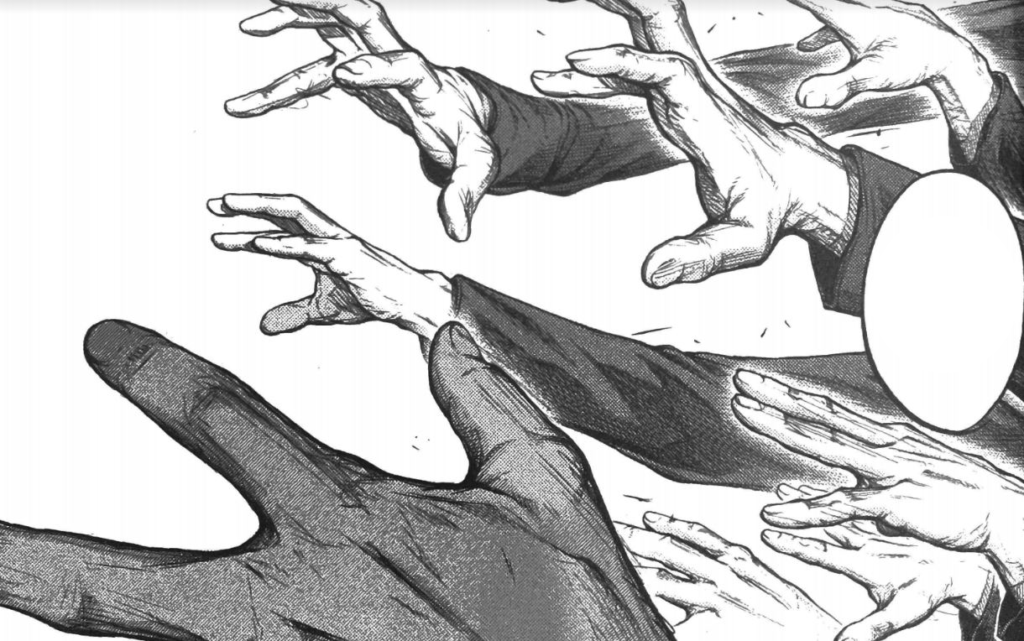 Manga is a battle of darks and lights on a page, contorting and contrasting them into sequential narrative art. At first glance, an artist’s style can be assessed by how effectively they wield lines on a page. However, almost a bigger part of manga than where illustration lies is where it doesn’t; The negative, or white, space is as important to comic composition as character art and placement. Beyond just having a distinct digital pen-game which words can’t do justice, constantly running circles around other artists and innovating in computer manga creation, (just look at these pictures!) Ishida’s an artist who knows how to lay out a page and employs a mastery of when and where not to draw. Often his art has ink nearly dripping off the pages with dense, detailed character expressions and grotesque body horror amalgamations. Other times his panels and splash pages are as serene as a cool spring day. Sui Ishida’s no stranger to going all out, but he’ll also drawback and intentionally obfuscate details to poetic effect. 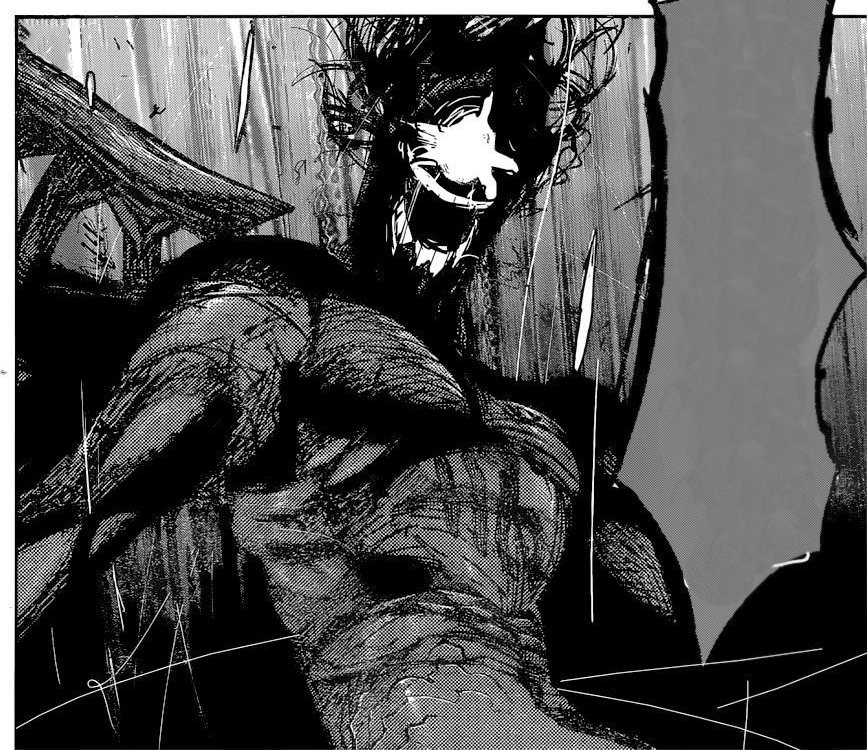 Knowing when to hyper-focus, knowing when to blur and jump around, Sui Ishida’s artistic sensibilities are also mirrored in Tokyo Ghoul’s story-telling. Simply put, despite being born from vague shonen conventions, this isn’t a comic that spoon-feeds you all of its answers. Sometimes that climactic moment you want to see, the all so important confessional dialogue or the game-changing kill is more than once left to the reader’s imagination. This manga has a penchant for jumping from place to place, fight to fight, conversation to conversation, and it’s all the better for it. By only allowing its viewers to see snapshots into this life or death world, filled with cannibalism, horror, and somehow light that shines through the muck, it can impart pure emotional resonance onto the reader in a way most manga only dream of. Through this whimsy, when Ishida does choose to depict something direct and to the point between two characters, whether its words or fisticuffs, it hits the heart all so much more. 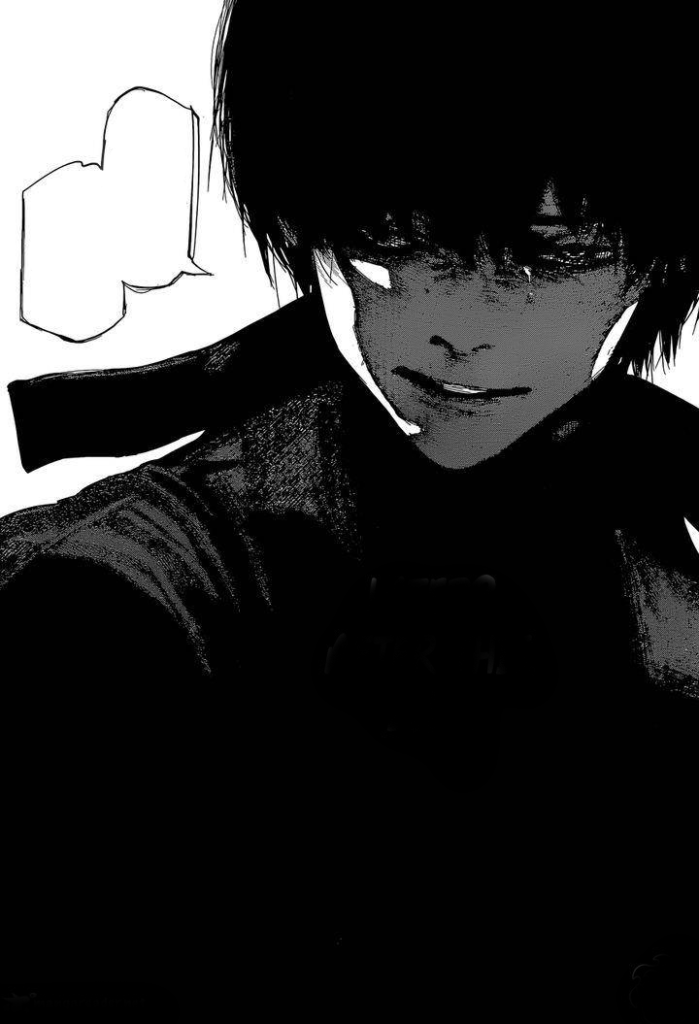 Reading much more like poetry than prose, it’s not the beautiful art or high-stakes premise alone that makes Tokyo Ghoul such the unique entity; Perhaps the writing itself is where Ishida’s biggest strengths lie. While his unmistakable art and storytelling flourishes could both have dedicated lengthy articles or essays written about them, it’s what he uses his tools to convey that pushes this bloody and cannibalistic spectacle over most others in the medium. Not to get completely cliched here, but Tokyo Ghoul and its direct sequel have something to say without ever getting too heavy-handed about it.Tokyo Ghoul operates, broadly speaking, on two fronts; A giant introspective plunge into the thrashed up head of poor Ken Kaneki and, yes, a wide commentary on ‘society’, with their intersections bouncing off each other.

Sui Ishida paints a bleak world that, aside from the sub-race of man-eaters, isn’t too different from our own; Bad things happen to good people, birth lottery determining more than you’d want it to, and portraying the most vulnerable all too likely being swept away by society. The work intelligently traverses through themes of mental illness, PTSD, and even gender dysphoria relating to the individual, and when it comes to the world these battered people live in it openly delves into power imbalances, discrimination against monitories, and you could even make an argument if it addressing police brutality albeit indirectly. The Ghouls aren’t man-eating beasts, they’re a people with their own culture and the world turned against them as they’re born into the impossible hell of having to eat people to survive. Wouldn’t be too hard to extrapolate that to what the system does to so many of us, would it? 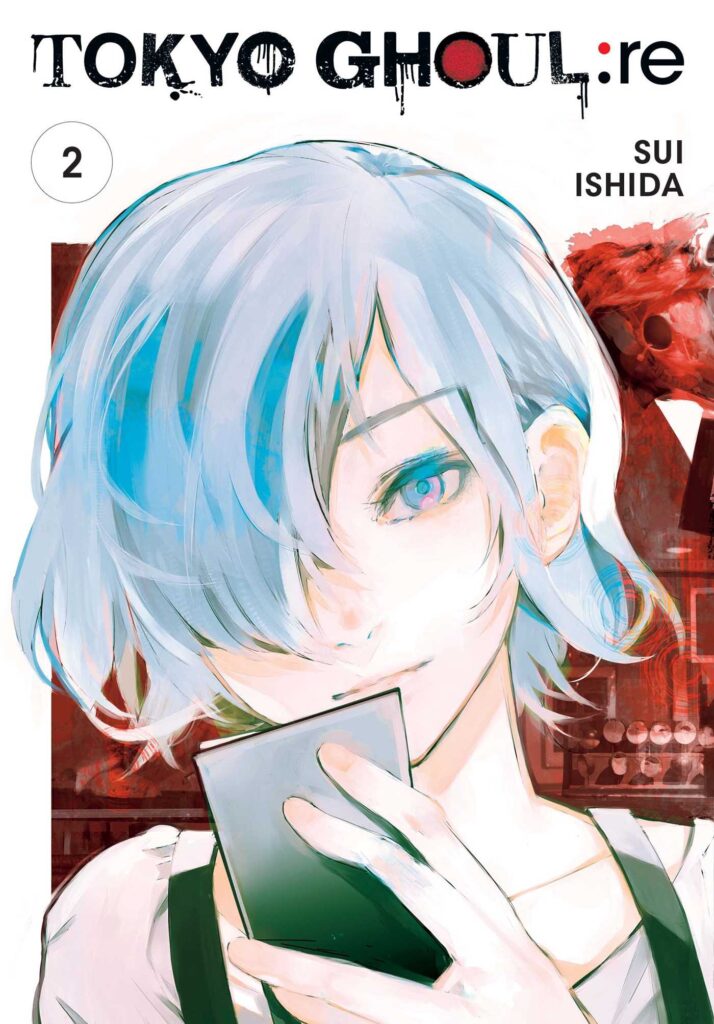 Not to say Tokyo Ghoul is some paragon of ‘wokeness’ but it openly explores real-world problems people face on the micro and macro level with some sophistication. That said, it doesn’t preach nor pretend to have magical answers to these difficult issues; It simply examines and asks us all to think a little more deeply. Again from the art, to the writing, to the messaging, all of Tokyo Ghoul’s components can and should be examined a little more deeply than this piece but know this story was so much more than just being 2014 cosplay and fan-art fodder. Sui Ishida embarked one of the most ambitious narrative undertakings of last decade, and not only found financial success but reached soaring and meaningful artistic truth along the way.

Tokyo Ghoul and :Re are available in English from Viz Media.