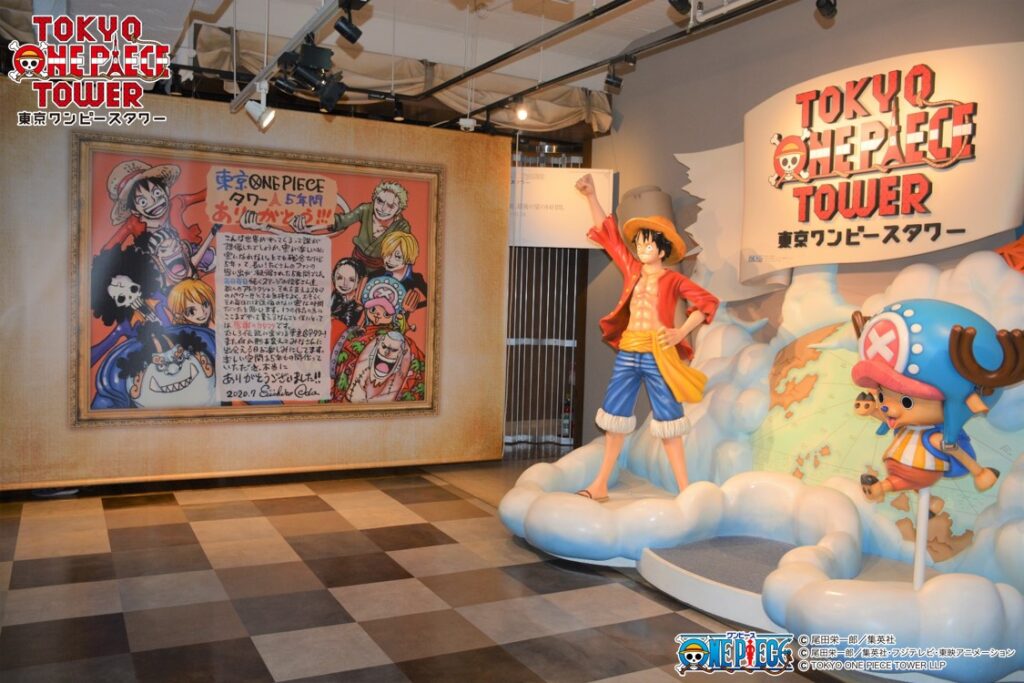 Following the closure of Tokyo One Piece Tower has been quite an emotional ordeal. Not only does it deprive the capital of Jump-themed attractions following the closure of J-WORLD in 2018, it also removes the one place where fans of One Piece could truly revel in the world of Eiichiro Oda, his characters and their adventures. Today was the day that the park finally closed its doors after two days of livestream, sharing with us a final video and heartfelt message from One Piece creator, Eiichiro Oda.

The video commemorating the closure of the Tokyo One Piece Tower is meant to express the “gratitude” of the team towards the fans, beginning with a tour of the various exhibits and attractions before featuring some of the fans that came to visit during the park’s last days, as well as the various stage performers and staff members. The second half of the video is then a giant timeline, recording everything that the park did from its opening in March 2015 up to its closure in July 2020. Truly a fine record for the ages. 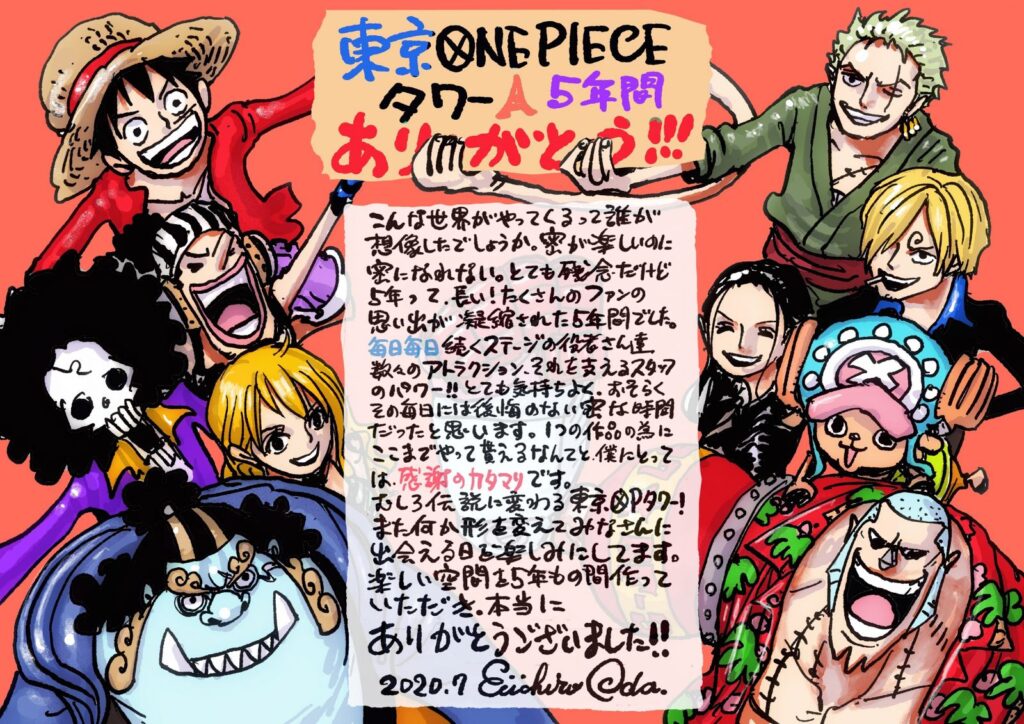 One Piece original creator Eiichiro Oda also put together a message of thanks (see above) to commemorate the Tokyo One Piece Tower’s closure. It reads:

“Who could’ve thought that the world would turn out like this? Being together is fun, but we can’t be together. It’s such a shame, but five years is definitely a long time! Those five years have made so many memories for so many fans. Every single day the performers got up on stage and gave it their all for the performances! And the power of those staff members that supported them!! It was probably a hectic time, those five years, but I’m sure that everyone gave it their all and have no regrets. To think that they went that far for just one series – I’m nothing but grateful.”

That message from Eiichiro Oda is currently displayed on the closed gates of the Tokyo One Piece Tower, and will presumably remain there for as long as the lot remains vacant. The theme park may have now closed, but you can still visit the shop to buy new, summer-themed goods as well as the restaurant, which will open again on August 1 before shutting completely on August 23. Check out the official website for more details.