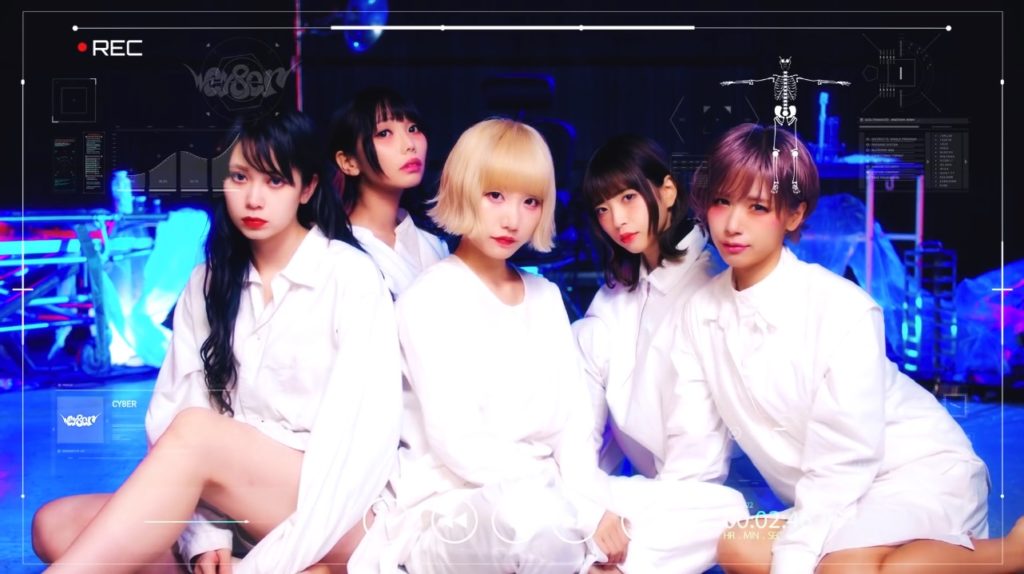 While we’ve been following the work of talented idol group CY8ER for quite a long time at this point, the group’s place as independent artists hindered their reach within the Japanese music scene. The group had the talent as well as a unique sound and style that could push them towards success on a larger scale, with the support of a major label. This was awarded to them with a major debut being announced towards the end of last, beginning with CY8ER’s major debut album, Tokyo, releasing physically on January 22nd and available now on major streaming platforms. Not too long ago we got to hear one of the new songs featured on this album produced by Yasutaka Nakata, and earlier today CY8ER previewed a second song on their album with the release of a music video for the song Tokyo Rat City, produced by long-time collaborator Yunomi!

Yunomi has been working with the group throughout their indie days, developing the group’s signature electronic- and dance-infused sound with cute vocal accompaniments over the course of multiple releases. The electronic sound of Yunomi that mixes modern synths and traditional instrumentation with a ‘kawaii’ wrapping, coupled with CY8ER’s energy, has always felt like a match made in heaven for the group, and this becomes abundantly clear within this new music video.

If their Nakata-produced song leaned heaver into the kawaii elements of their sound with a song that mixed their visual identity with a song reminiscent to some of Kyary Pamyu Pamyu’s early output (arguably making it a much more mainstream-focused song thanks to this), with heavy chiptune elements, this is a much heavier and more powerful tune that’s perhaps more familiar to fans of the group.

Both songs are powerful pieces in the group’s repertoire and suggest that the group’s major debut album will hit with the appropriate impact upon its release. Tokyo Rat City features on CY8ER’s debut album, Tokyo, and you can find more about the group over on their official website.