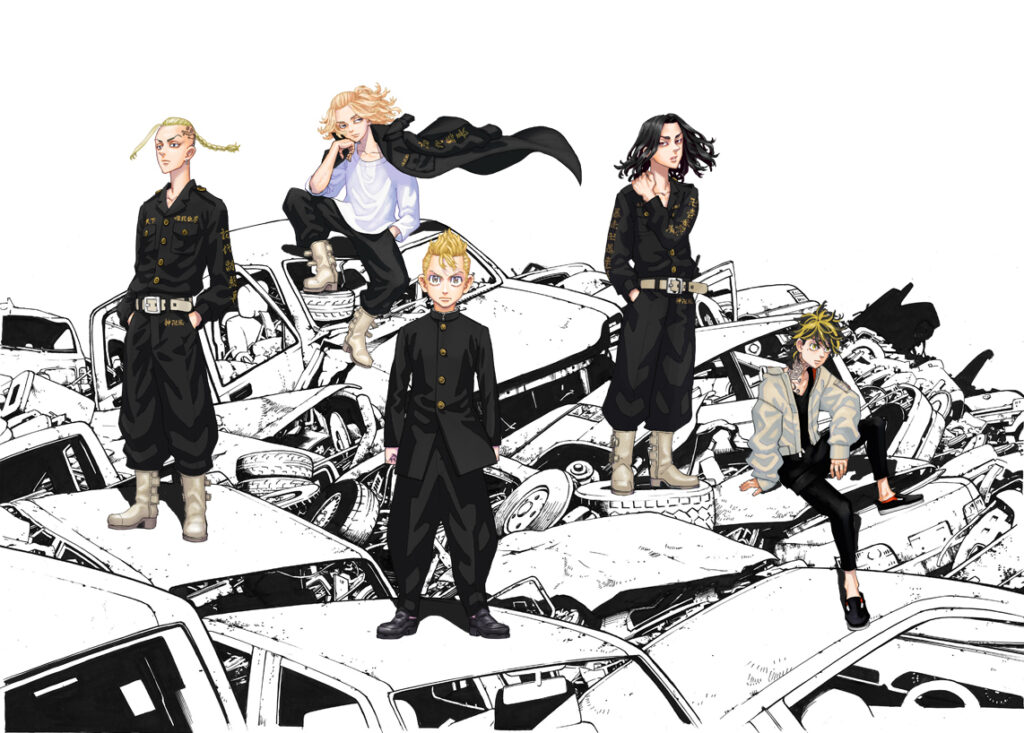 In Tokyo Revengers, Takemichi Hanegaki is a good-for-nothing lowlife working a dead-end part-time job. While watching the news, he learns that his old girlfriend, Hinata Tachibana, died in an accident involving some street gangs. After a fateful accident, he finds himself back in the body of his middle school self. Having realized he’s traveled back in time, he resolves to save Hinata by infiltrating the notorious Tokyo Manji Gang.

Tokyo Revengers is a good old-fashioned delinquent anime with a lot of pop and heart. The time travel angle, while not completely original, adds a fresh spin on the anime’s story and gives our protagonist enough determination to see his goal through. It’ll be interesting to see how he can use his rational adult mind to safely navigate his troubled youth. 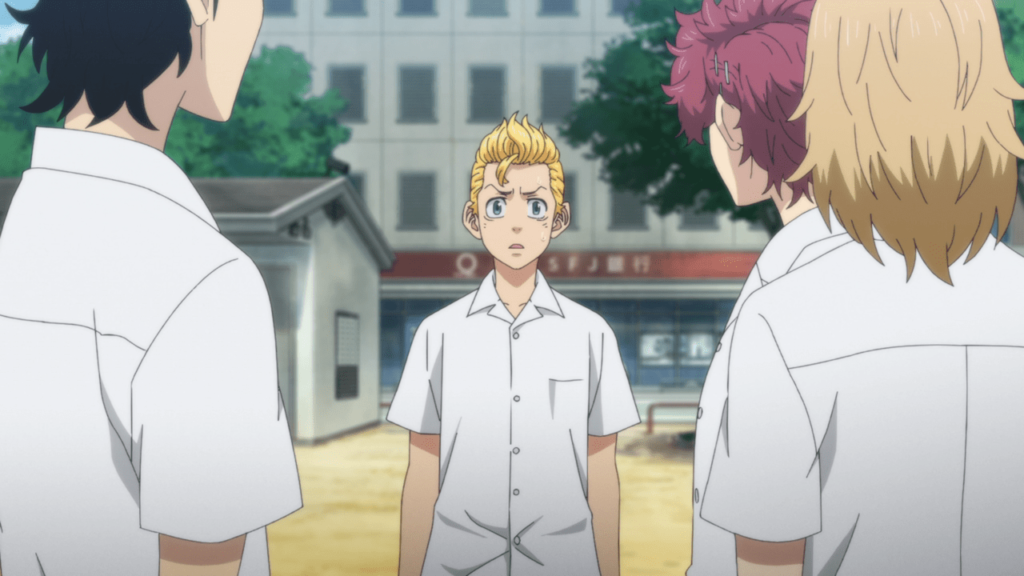 What cracks me up about these anime about delinquents is that the kids look like adults and the adults sometimes look like kids. In Takemichi’s case, his wimpy current self realizes just how lame he and his friends were back in middle school, which is a feeling all too familiar with me. Not to mention seeing the appearance of flip phones shows just how old I’ve become.

Despite this dilemma, this gives Takemichi more resolve to change the future and save Hinata. When he meets her at her place, it’s a touching moment between the two and a critical turning point in Takemichi wanting to change fate. Another great moment is when he saves Hinata’s younger brother, Naoto, from some muggers. They bond on the swings afterwards and take time getting to know each other. Their interaction becomes important in the story later on, but this shows that Takemichi is always looking out for people. 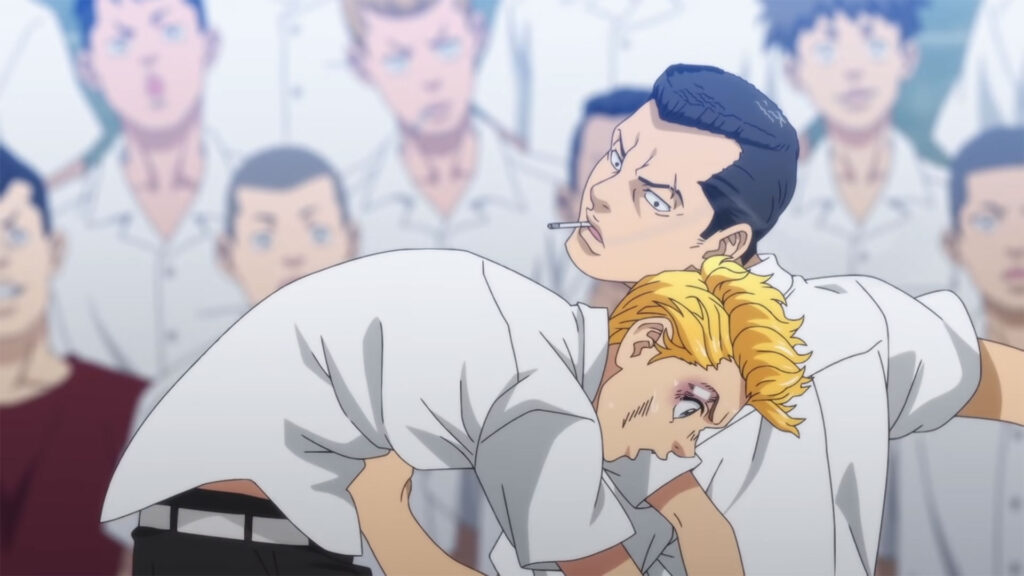 Tokyo Revengers will inevitably draw comparisons to 2016’s ERASED in that it involves an adult reverting back in the time of his childhood to save someone from their past and change the future. Whereas that was a mystery thriller, I anticipate Tokyo Revengers to have a more goal-oriented shonen formula where Takemichi learns the ropes of being a delinquent, builds up his power and social standing, and takes down whoever is in charge. He strikes a good chemistry with his small gang of friends, and I have no doubt that they will develop to be delinquents who stand their ground.

Throughout the episode, we also hear some of Takemichi’s monologue as he compares his current life with his life in school. I think this is important to his characterization because it gives him more depth into why he’s trying to alter the future. I’m sure part of the reason is for him to fulfill something he regrets in his youth. On the other hand, I also think he wants to genuinely save people he cares about, and it starts with Hinata and Naoto. 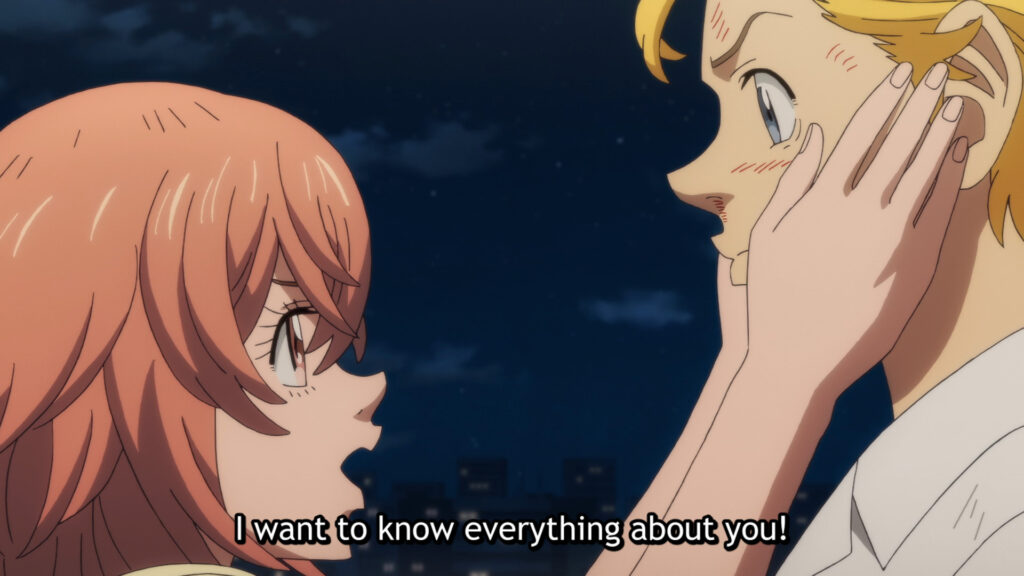 Having not read the original manga, I believe the anime is off to a great start so far. We get to know just enough about the friends Takemichi hung out back in the day, and I can’t wait to learn more about them. I’m also down to see what school yard villains he’ll have to face in order to protect Hinata and maintain their relationship.

In Another World, Otherside Picnic Got the Adaptation It Deserved