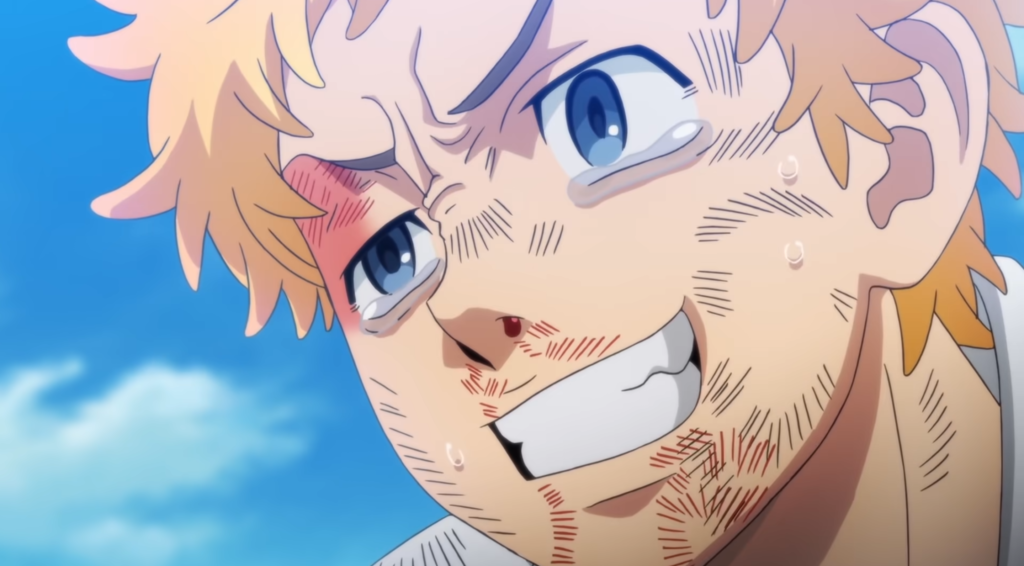 It’s been six months since the TV anime adaptation of Ken Wakui’s Tokyo Revengers manga was first announced. Six months! Since then, we’ve basically had next to no promotional material, save for an advertising campaign in Shibuya, but even that was supposed to promote the original manga, not the anime. Damn. With this in mind, you can probably imagine my excitement when I woke up today and found that the very first Tokyo Revengers PV had made its way online.

Look at them! It’s our beloved delinquents, walking and talking in 2D! Such sights are food for the soul of the weary Tokyo Revengers fan, frustrated by the lack of news on not just the anime, but also the live-action film. Hopefully, the project is a little more lively going forward.

Aside from the voice acting and the character designs (which are sticking very closely to the original manga) one other standout element of this Tokyo Revengers PV is undoubtedly the music. Once Takemichi makes the jump through time, a kickass guitar riff tears in and continues throughout the trailer, adding to the atmosphere and matching perfectly the story’s focus on delinquents. I’m expecting great things from composer Hiroaki Tsutsumi going forward.

What’s more, this PV also finally reveals that the Tokyo Revengers anime will be airing in April 2021, close to a year after it was first announced. That’s reassuring. The live-action film was already pushed back from an October release because of disruption caused by the Coronavirus (COVID-19), so we didn’t know what kind of a state the anime’s production was also in. With this, though, studio Lidenfilms is on track to match the ‘2021’ timeframe that they stated around the time of initial announcement.

If you’re not already familiar with the original manga, serialized in Weekly Shonen Magazine, then definitely consider checking this series out. In many ways, it recaptures some of the trends that were once prevalent in shonen manga decades ago, most notably the yankee (delinquent) subgenre. The manga is available to read via Kodansha Comics.

The Tokyo Revengers anime will premiere in April of next year.