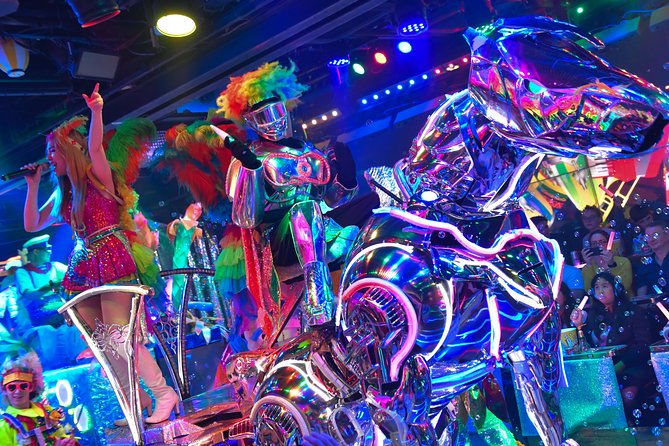 Here’s a mind-boggling fact: Tokyo has almost 150,000 restaurants. It would take you about 137 years to visit them all, hitting a different one for breakfast, lunch, and dinner. Tokyo also holds the coveted title of having the most Michelin-starred restaurants in the world at 226, and not all of these will break the bank. It’s completely reasonable to schedule in a few Michelin meals, even on a trip with a tight budget. (Nakiryu is a personal favorite. You can get an award-winning bowl of life-changing ramen for under $15. No joke.)

Yet, even with all of this knowledge, and even with the incredible legacy of Japanese cuisine and memorable dining experiences at a person’s fingertips in Tokyo, people still chose to visit Robot Restaurant.

Now, the establishment might be closed for good according to Twitter speculation. Today (17 April 2021), the storefront signage was missing, and the website hasn’t been updated in a year. And maybe it’s time that we all moved on from this blight on the Tokyo restaurant scene. 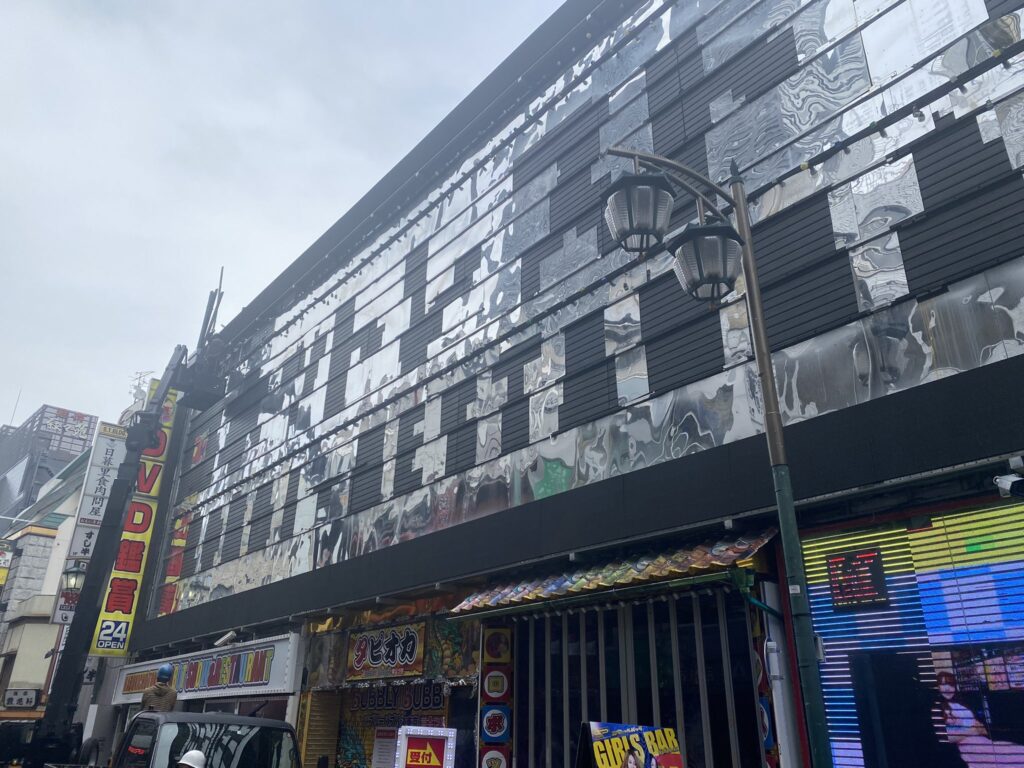 Before you say ‘wow, what an elitist! Get off your high horse,’ please, let me state my case. Read with an open mind, and you might set your sights on why the establishment wasn’t our favorite. We give our condolences to those who worked there, those who poured their passion into it, and those who believed they were doing the right thing for visitors. But a tourist trap is a tourist trap.

What Was Robot Restaurant? 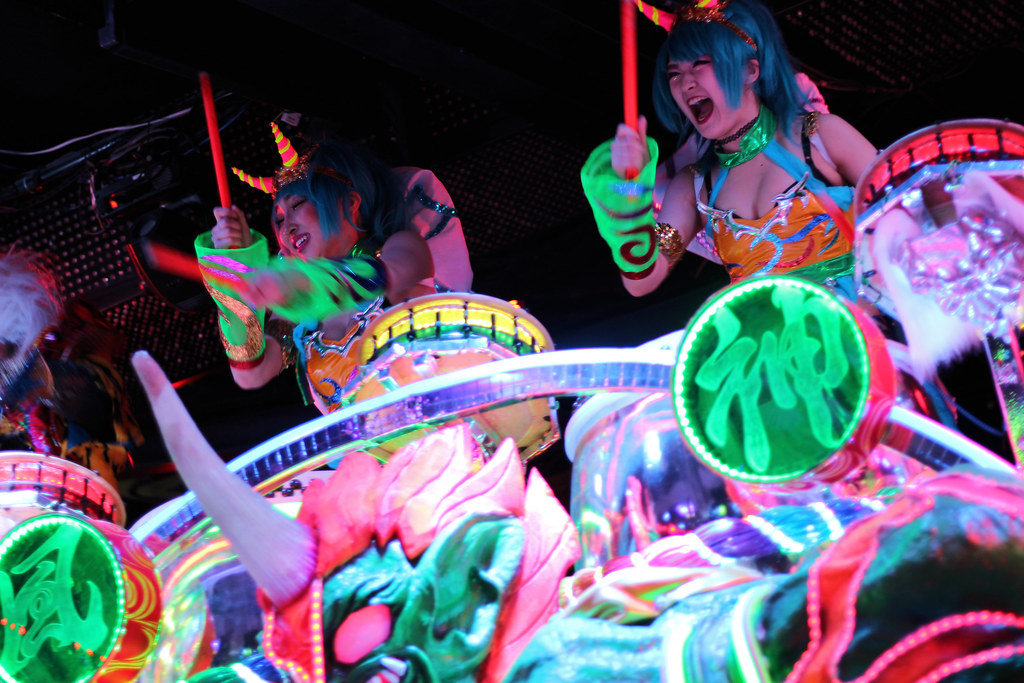 Located in the heart of Kabukicho (you’ve heard of the area, most likely), visitors were subjected to… ahem, I mean could enjoy a 90-minute spectacle, complete with Michael Jackson, ninja turtles, and robots with breasts. If you’re wondering what kind of crazy show could tie these things together, don’t worry about it. There was no story, only noise and bright colors. It was the perfect show for babies who like jingling keys and drunken tourists alike! What other show could have such incredible range?

(Apologies. Did I say ‘unbiased?’)

If you ever planned a trip to Tokyo or were acquainted with anyone who had, you’d likely heard about this place. I found that even if people weren’t planning to go, they would get sucked in somehow. Maybe a friend bought tickets, maybe they were handed a flyer as they explored Shinjuku, or maybe by just looking at the entrance they experienced the equivalent to a siren’s call… And if those neon lights got you, there was no going back.

It was my sworn duty to talk friends and family out of it. Hey, I’d been doing it for years with close friends… why not include the OTAQUEST audience?

So… Dinner and a Show? It Sounds Great!

While calling it ‘dinner and a show’ seems accurate, given the name of the establishment, I’m hesitant to do so, namely because the food was a pre-made lunchbox or some grocery-store quality sushi. It’s not something a chef was cooking up while you feasted your eyes on the seizure-inducing laser guns. That wouldn’t bug me so much if ‘restaurant’ wasn’t in the name. False advertising? Well, you be the judge.

I love a good konbini-quality bento as much as the next person, but forgive me for expecting more from something as expensive as Robot Restaurant. Tickets were ¥8500 (about $81), and that’s just for admission: each of these luxurious dinner choices would cost another $10-$15, plus the cost of any alcoholic beverages you decided to imbibe. (One did come with your entrance fee, though you’d likely need more to cope with the nausea-inducing glitter flooring and spinning disco balls throughout the interior.)

Tokyo is often referred to as an expensive city, but there are plenty of things you could do with that $100. At the end of the day, Robot Restaurant was the definition of a tourist trap: in every audience image you can find, I’d wager that 99% of patrons were foreign. Japanese people didn’t spend their Saturday night hanging out there, which should have been a red flag for those wanting a more authentic experience.

There was also a rumor that the place took almost $80 million to build, which, if true, is probably why they needed to gouge people. I also hoped something this tacky didn’t cost more than a Hollywood film to construct. That’s criminal.

At the end of the day, Robot Restaurant was created to cater to what a foreigner’s idea of what Japan was like, and not the reality. It was painstakingly created to entice those with the ‘weird Japan’ fascination, and nothing more. With a little research, you could have a much more memorable and less kitschy experience in the metropolis. 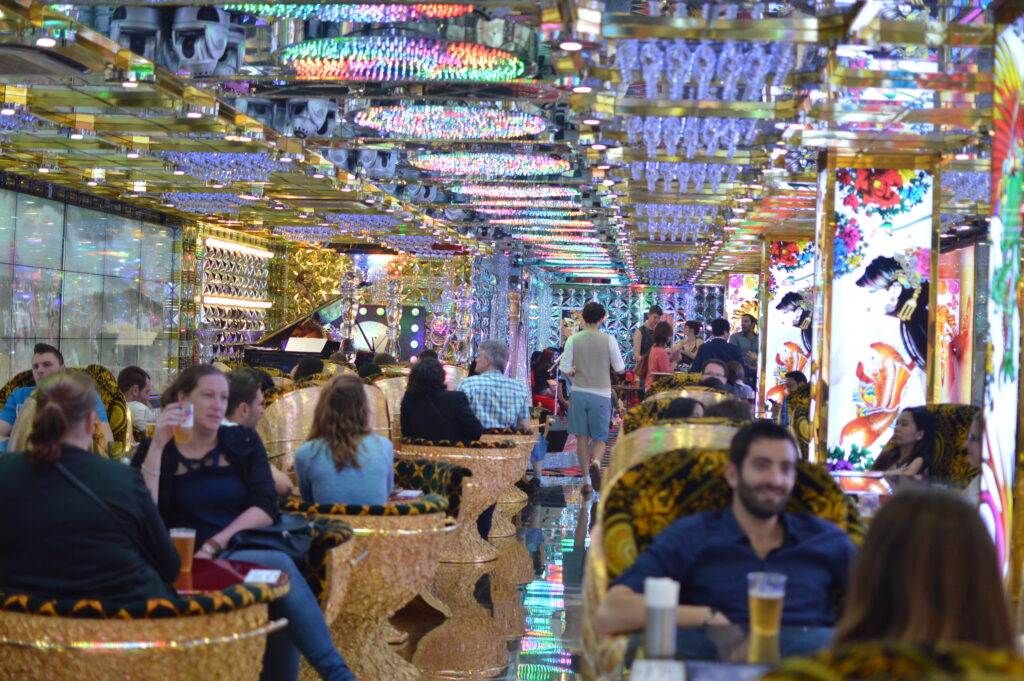 Do you want a laboratory-themed bar? Head to Science Bar INCUBATOR in Kichijoji. How about a vampire cafe? Sure, there’s one in Ginza. Want to just have some of the best drunk food you can find? Head to literally any Yakitori shop in the city, and eat your fill for a $20 bill. You could get your ‘crazy Tokyo’ fix without being taken advantage of, and can also make some memories that are much more off-the-beaten-path. (Hey, you deserve it.)

While we’re waiting for the establishment itself to let us know this is the bitter end, we invite you to our Discord to discuss other better ideas for your next trip to Tokyo after the pandemic ends.

Persona 5 Invades Casino in the Heart of Kabukicho

Production I.G. to Helm Original Anime Based on the Infamous ‘Kabukicho’