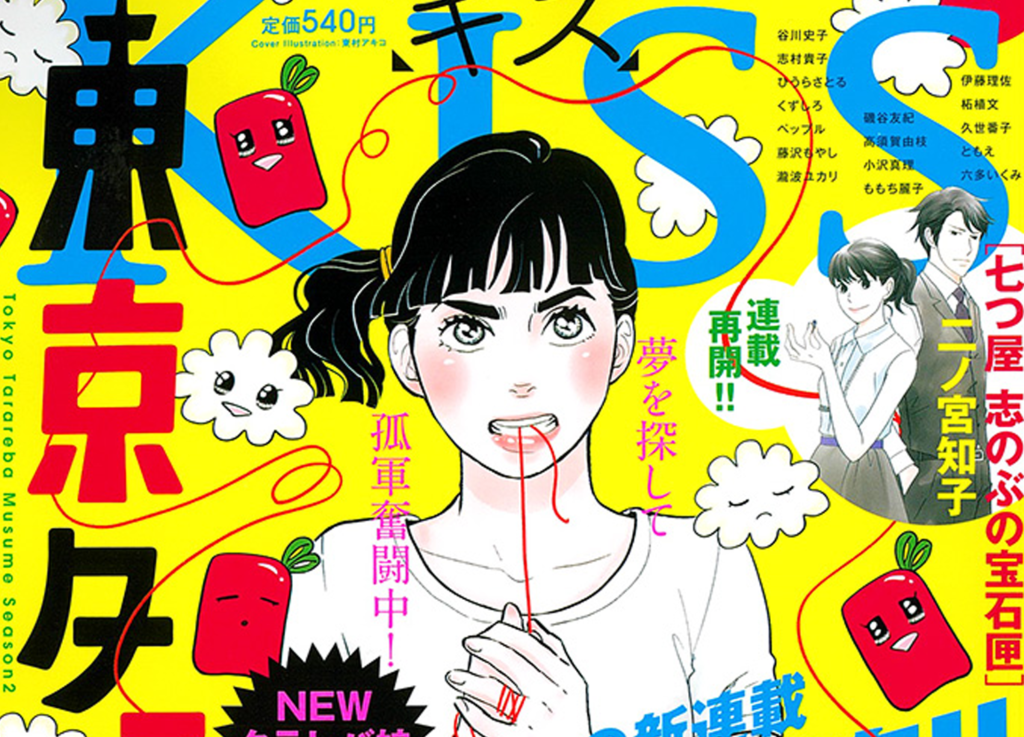 Let me start this article out by stressing to you that everything Akiko Higashimura creates is worth reading if you’re into manga. Creator of the modern classic Princess Jellyfish, Higashimura has continually solidified herself as one of the most unique creators in Japan. Work after work she receives awards, critical praise, and various film or tv adaptions. A month ago, Kiss Magazine announced she’d be returning to the world of Tokyo Tarareba Girls for a season 2 with new characters. The first chapter of Tokyo Tarareba Girls Season 2 debuted in the April 25 edition of Kiss. 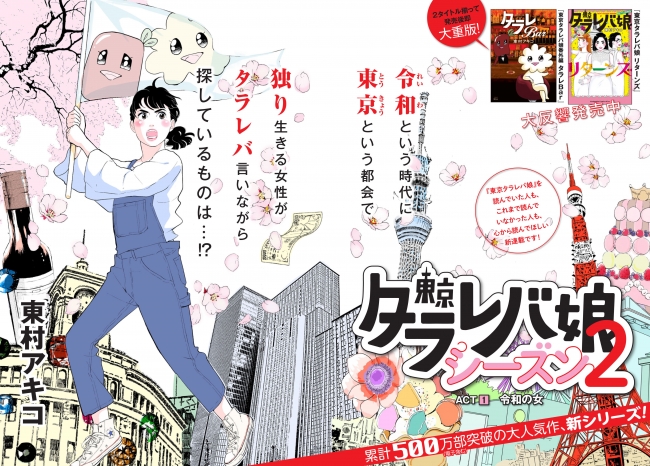 The original Tokyo Tarareba Girls was a story of women in the early 30s who were unsatisfied with their love lives and embarked on risky relationships to fulfill themselves. Tokyo Tarareba Season 2 stars a ‘freeter’, a Japanese term people use to refer to those that only work part-time jobs long time, named Rina Shibata. Her main gig is being a part-time librarian and she enjoys going to different cafes, eating sweets, and watching films and dramas. One day, she gets word that her elementary school class is having a reunion, and the story will go from there.

Finishing two years ago at 9, the first Tokyo Tarareba Girls was a hit. It had a 10 episode limited time drama adaption and currently is still being released in the United States by Kodansha Comics. I think it’s interesting Akiko Higashimura choosing to return to a series that she only recently finished instead of her biggest hit Princess Jellyfish. In a time where everything from Fruits Basket to Card Captor Sakura, and the now controversial Rurouni Kenshin, getting obligatory sequels and spin-offs, the author not milking her biggest hit for money implies Tokyo Tarareba Girls Season 2 is a passion project.

Tokyo Tarareba Girls Season 2 just debuted in Kiss Magazine. At present time there’s been no announcement for a simulpub or western release.

Akiko Higashimura Is The Latest To Delve Into Web Manga