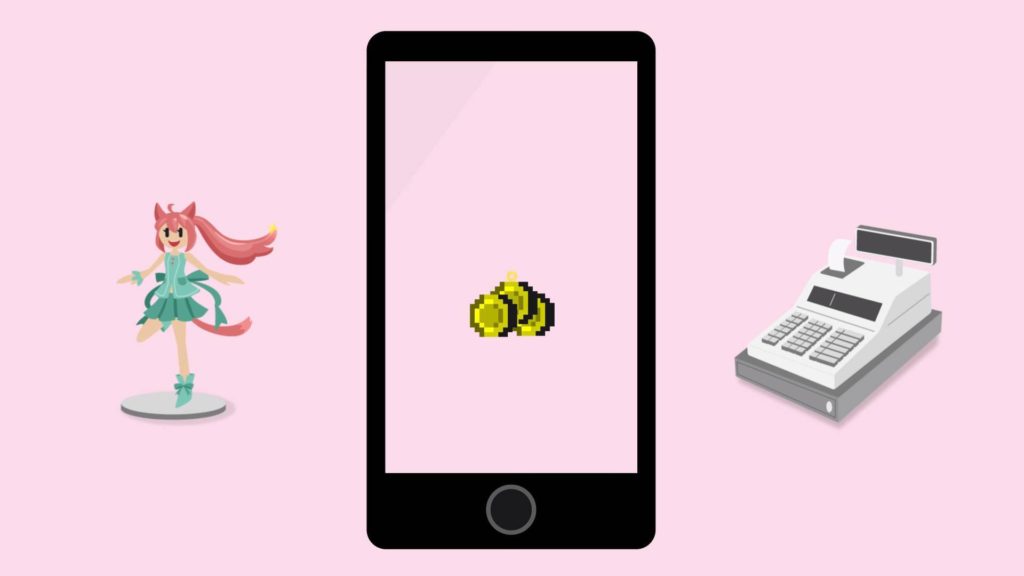 What if there was a way to pay for anything and everything related to your otaku tendencies, be that anime, manga, games, conventions, and figures, while never having to spend your hard-earned dollars? Well, there isn’t, and there likely won’t ever be one, but this newest initiative from the minds of Tokyo Otaku Mode allow us to at least say that we can under a technicality.

Cryptocurrency: a word that has been all-too-familiar recently, as the world’s most famous example of digital money Bitcoin has been appearing in myriad headlines due to some pretty wild fluctuations in valuation. Stories have come out in which people have bought Bitcoin at a perceived low-point in a rapidly-rising value surge, only to lose their life’s savings when the rates took a sudden tumble. It’s easy to see why any normal person would be quite nervous at the prospect of buying-in to any sort of alternative cloud-based money, and it would appear that Tokyo Otaku Mode seems to understand that. That’s why they have been very careful to stop short of fully-announcing that ‘Otaku Coin’ is a real thing that they are definitely releasing, and have simply stated that the system is under “consideration.”

In practice, Otaku Coin would let you pay for new anime, as in, actually helping to fund it by giving it directly to the creators. It would also let you pay for merchandise, and buy you entry into events. You’ll be able to purchase Otaku Coin with your own country’s currency, and you would also be able to earn it through games and promotions. Take a look at the simple video explanation below:

The company has made a point in noting that many aspects of the coin’s design could be handled by famous industry figures, such as illustration on the coin’s face and even sound effects to be used when users earn and spend the coins.

Perhaps of most interest to myself is Tokyo Otaku Mode’ s proposal of the ‘Anime Production Committee 2.0,’ which would take the place of the committee system most-commonly used in anime production these days. Under the old system, stakeholders such as anime studio, corporate sponsors, and merchandise manufacturers all get a say in how an anime is produced, with very little direct fan input. Tokyo Otaku Mode sees their new system spearheaded by Otaku Coin as a way to blend the recent trend of crowdfunding in anime with the production committee system, giving fans more of a direct way to influence their favorite creations. I have to admit, I am fascinated. If you would like to be a part of Otaku Coin’s special research and feedback groups, then I would recommend keeping an eye on all of these resources:

Finally, every last little detail can be found in the English press release, here.

What do you think? How keen are you into buying-in to the cryptocurrency future, all while continuing to support our favorite hobbies? In addition to telling us, I would advise you to give Tokyo Otaku Mode all of your feedback to assist in a well-advised plan!

other Natalia Ordaz 3 years ago

other Lizzy Chan 4 years ago