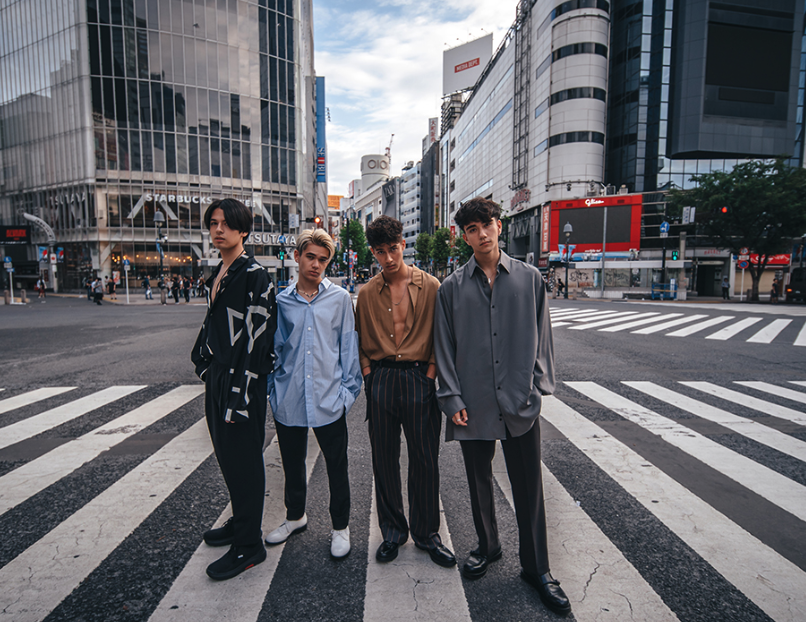 The concept behind Avex’s newish pop outfit INTERSECTION is one built for modern-day Japan. The four members of the group are “people who were born and raised in different cultures, got together, and they will transmit music and activities from the center, Tokyo, to the world.” Given how one of the most talked-about topics in Japan at the moment is what being Japanese even means in 2019 — with people such as Naomi Osaka and Rui Hachimura among others challenging traditional ideas — this J-pop project is trying to make moves at a pretty interesting moment.

That’s all great…but how’s the music? Let’s look at “Body Language,” a song released last December. It features a nice bounce with a contemporary electronic bend coupled with a nice chorus, although leaning into the whole “group about different cultures” thing results in some pretty silly lyrics approaching an adult version of Kumon (“syllable placement” is going to always sound clunky in a pop song). Yet if you are looking for a promise that they know what they are doing, check out this remix by cuddly floor-filler Tomggg they commissioned. Listen below.

Rather than take this into total playroom pop territory, Tomggg lets their xylophone notes and bell chimes work around the edges of the original electronic backdrop, adding a nice twinkle to a song that in its original state aims for an intensity that doesn’t allow much room for sweetness. Tomggg locates just that along with a sense of curiosity that manifests itself in the chorus — what’s more fitting for a song about linguistic studies (errrrr, “linguistic studies”) than exploration — via the way they play around with the actual melody.

It reveals how much potential INTERSECTION’s originals have if they open themselves open to sweetness a bit more rather than aiming for a slick cool exclusively. It’s also a great argument in favor of Tomggg getting way more major label work in the near future.