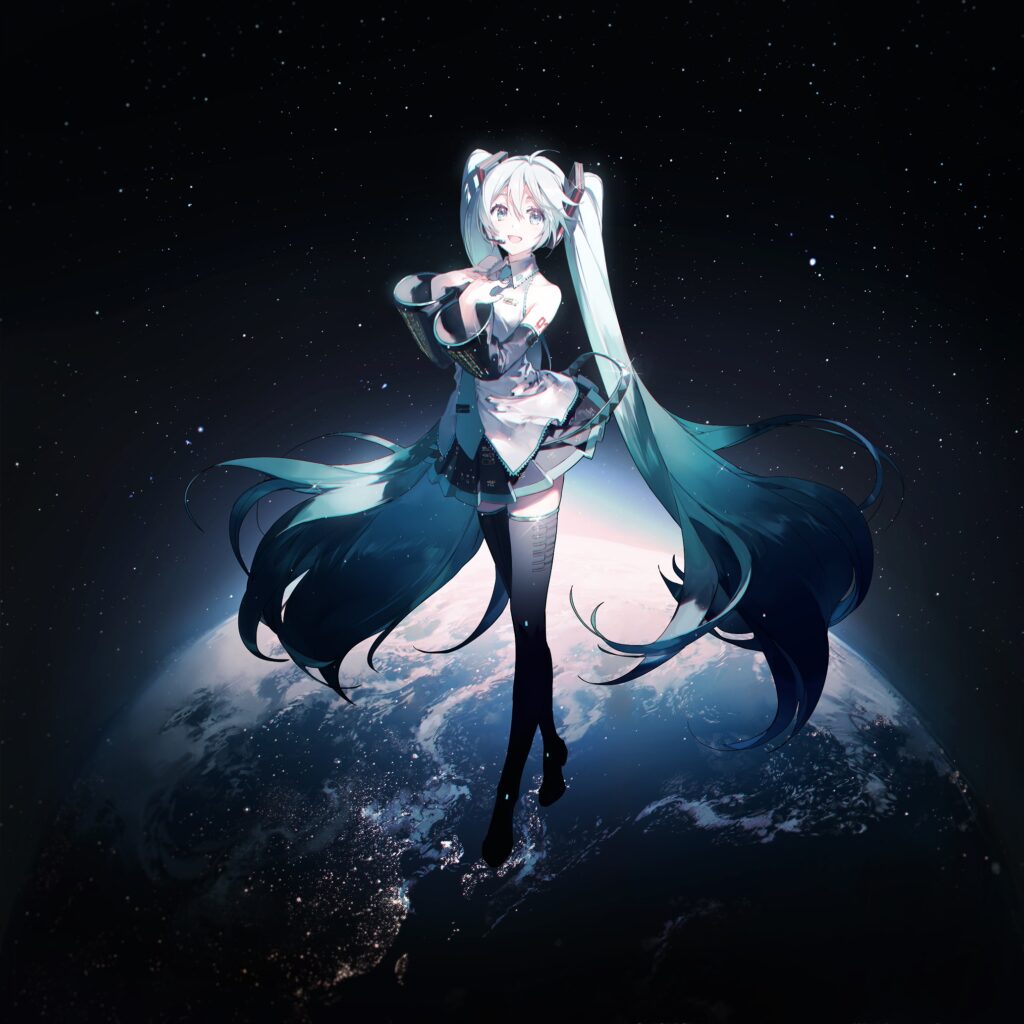 The vinyl record has seen a resurgence in recent years. Music enthusiasts and collectors have both praised the sound quality and other features of a format once considered to be old-fashioned.

So, here we have what would seem to be the ultimate expression of that retro wave: an analog recording of a pioneering electronic music composer, together with a digital, synthetic pop idol. The album uses the version performed by the Japan Philharmonic Orchestra and backed by a live (human, not Vocaloid) chorus.

A couple of years ago, Columbia posted to YouTube some highlights from the 2012 performance at Tokyo Opera City Concert Hall:

The vinyl album will come as a two-disc set, an LP and an EP. The LP will contain the symphony, while the EP will feature a performance of Tomita’s Princess Knight (Ribon no Kishi). The recording of Princess Knight on the EP is from a different performance at Angkor, and not the Tokyo one.

Chinese illustrator Rella created the Hatsune Miku album cover art. Rella said on Twitter that she will also create visuals for each movement of the symphony.

Both versions will also come with a Crypton Future Media SONOCA media card with a QR code, so the music can be downloaded to play on the SONOCA Player app.

The symphony album is divided into seven parts (not including Princess Knight): ‘Iwatesan no Owashi (Taneyamagahara no Bokka)’; ‘Kenbu/ Hoshi Meguri no Uta’; ‘Chumon’nooiryoriten’; ‘Kaze no Matasaburo’; ‘Ginga Tetsudo no Yoru (Night On the Galactic Railroad)’; ‘Ame ni mo Makezu’; and ‘Iwatesan no Owashi encore’. The seven movements are based on poetry and stories by Kenji Miyazawa.

The chorus featured on the album consists of Keio University’s Wagner Society Male Chorus; OB Chorus; and University of the Sacred Heart Glee Club, combined with the Symphony Hills Boys and Girls Chorus.