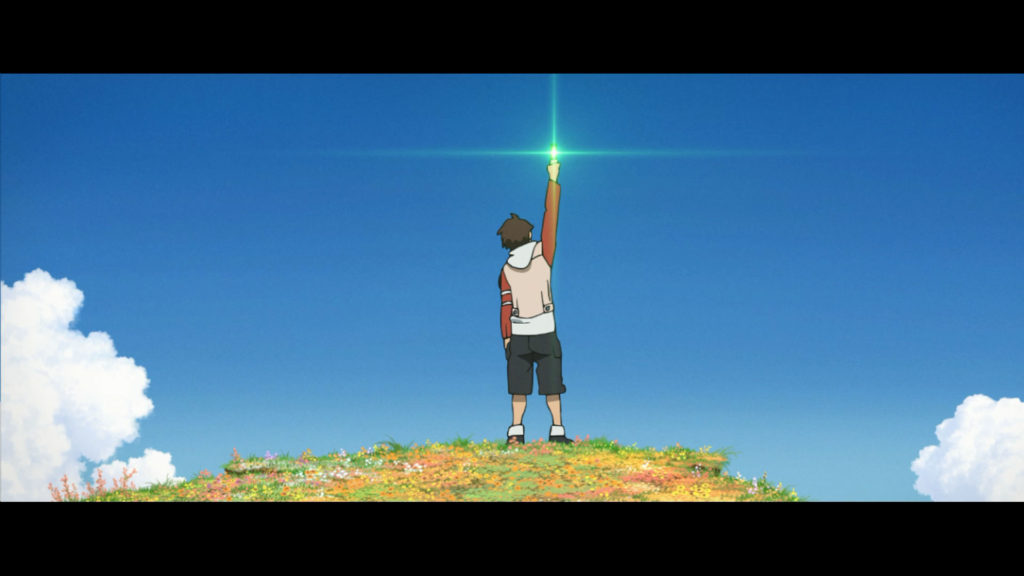 It’s absolutely no secret that the Eureka Seven franchise is a favorite amongst several members of our staff. We’ve always been very quick to express our love for the series and were over the moon when the initial announcement for the Hi-Evolution trilogy of films was made. Last year we had the opportunity to sit down with series director, Tomoki Kyoda, to conduct a Reddit AMA in conjunction with the crew at /r/anime. Roughly one year later we had the chance to follow up with him on our original discussion and ask some more candid questions regarding his motivations behind Eureka Seven and get some insight on the process for making the second entry in the Hi-Evolution trilogy, Anemone. 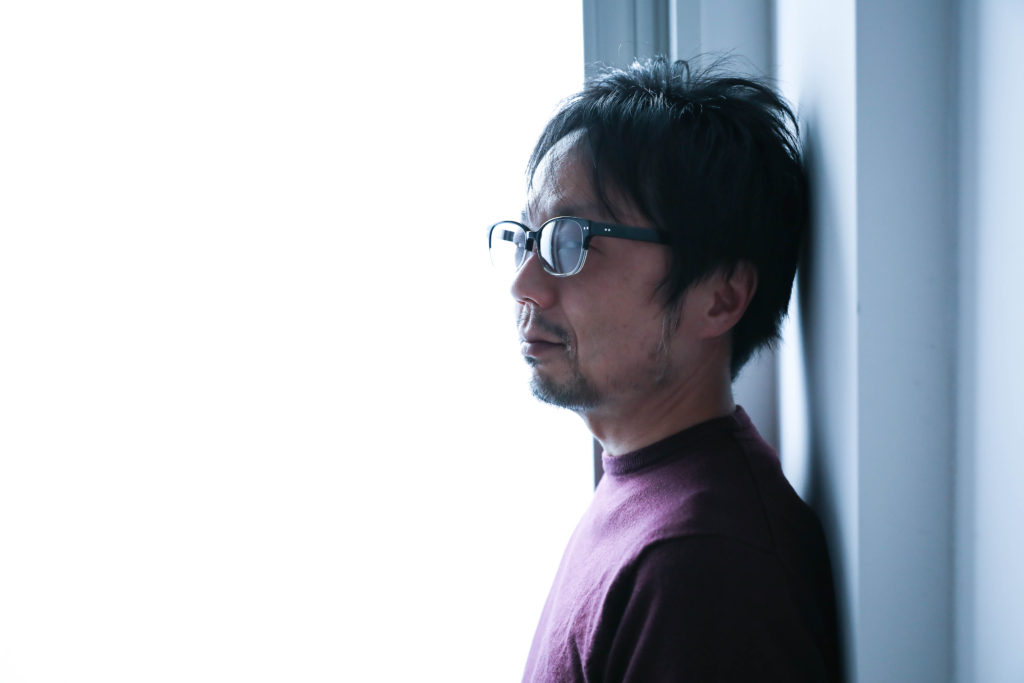 OTAQUEST: Both Eureka Seven‘s run on television and its theatrical release, Good Night, Sleep Tight, Young Lovers were back in the 2000s, but we’d like to know what the theme behind Eureka is. As its director, how do you perceive Eureka, Mr. Kyoda?

TOMOKI KYODA (Henceforth KYODA): I don’t think the answer to that has ever been revealed, nor do I think it needs to be. The internet’s a hotbed for interpretations of and arguments about works. It’s good fun to read them, but I think it would be distasteful to snuff it all with my own answer.

OTAQUEST: Could we get just a hint?

KYODA: Hmm. The story up until the beginning of Renton’s journey in episode three was my primary motivation for making Eureka Seven in the first place, I think. There was an overarching plot we had prepared, but over the course of its lengthy, 50-episode production period and broadcast, that changed. Eventually, I changed things so that it became more about what everyone wanted to do, not just what I wanted to do.

OTAQUEST: Were you left dissatisfied?

KYODA: Now, you’re leading us towards a sensationalist sort of write up. That’s not journalism. And it’s been a habit of reporters in Japan for too long, I think. Thus I have no obligation to answer that, but to keep our talk amicable for the readers: few people seem to realize this, but there’s nothing unique to separate the animation industry from all other industries. In any line of work, there are inevitabilities that prevent you from achieving what you could under ideal conditions. There are ways our staff, including myself, could have done better, but we don’t always have the opportunity to do so. It’s because these projects are supported by external investment. We’ve had several productions with the Eureka title attached to them up to now, and each was produced with a certain theme in mind, but sometimes that theme isn’t what the people who make our work possible want. Sometimes we must stay our hand so that we can provide the product that they require of us, or at least what we understand as what they want from us. So, there’s no single clear answer I can give you when you ask what the theme is. 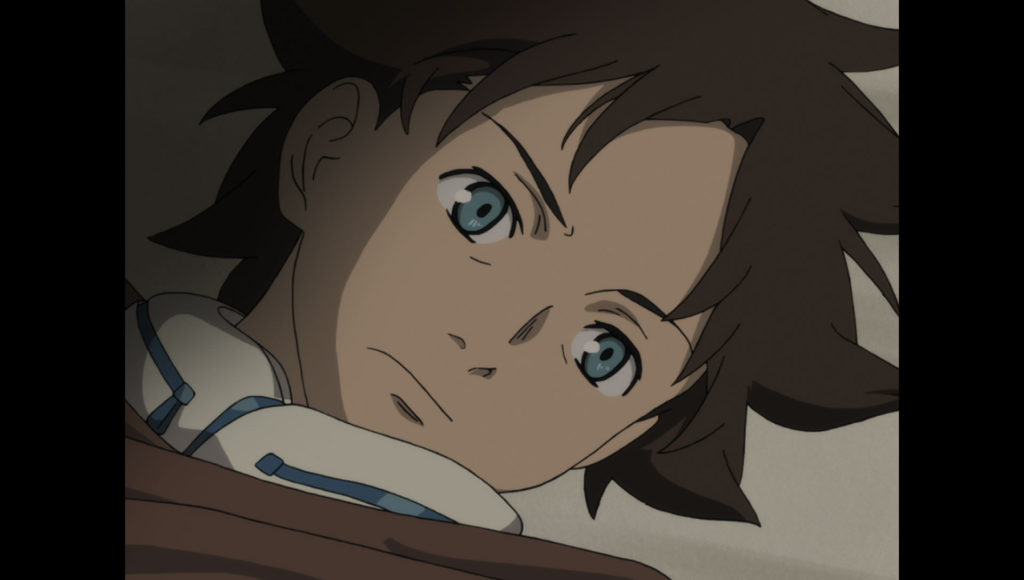 OTAQUEST: Then regarding the start of your theatrical trilogy from 2017, Hi-Evolution, as director what did you want to express the most?

KYODA: I hate to repeat myself, but I don’t believe there’s any need for me to make clear a certain “theme”. I’d prefer for you to think that the theme is whatever the audience brings home with them after watching. There was nothing I was trying to hammer home with Hi-Evolution, it was about showing the personal lives of people, albeit fictional people. The first part in the Hi-Evolution trilogy is about children who have lost their parents, but in finding a substitute, are allowed to grow. This is one of the reasons behind the focus given to Ray and Charles, and later Anemone, another child who has lost her parents. If there was anything to be felt in such a story, then you may think of it as what I wanted to express, or the theme in this series.

OTAQUEST: I see. I think I’m beginning to see why the “beginning of Renton’s journey” was your answer to my first question.

KYODA: I think not– I’ll say this again, but the original Eureka Seven television series had no straightforward theme. It’s a very curious notion that you think there is, but where’s the connection between that and the episodes leading up to the beginning of Renton’s journey? There’s been a lot of talk about “counterculture” in the series, but it wasn’t the basis on which its world was created, either. I don’t mind all those misconceptions, but they’re all the more reason I want to distance this current series from such allusions.

OTAQUEST: Just the same, I don’t think you can deny the prevalence of subculture and “underground” elements of the time in Eureka’s setting, its script, even the titles. I figured that music’s effect on the series was big, considering how you and screenwriter Dai Sato are huge techno fans.

KYODA: I had episodes in the past like learning of DJ Towa Tei through Deee-Lite, or discovering Hiroyuki Nakano’s music video for Groove Is In The Heart, and hence deciding I’d become a director for MTV, which is how I got interested in video production in the first place. Then, of course, there was the engagement I found in house music and raves, and how I later witnessed the collapse of that scene with the beginning of “acid revival”. So, there’s no way to completely deny the effects of counterculture on Eureka Seven. 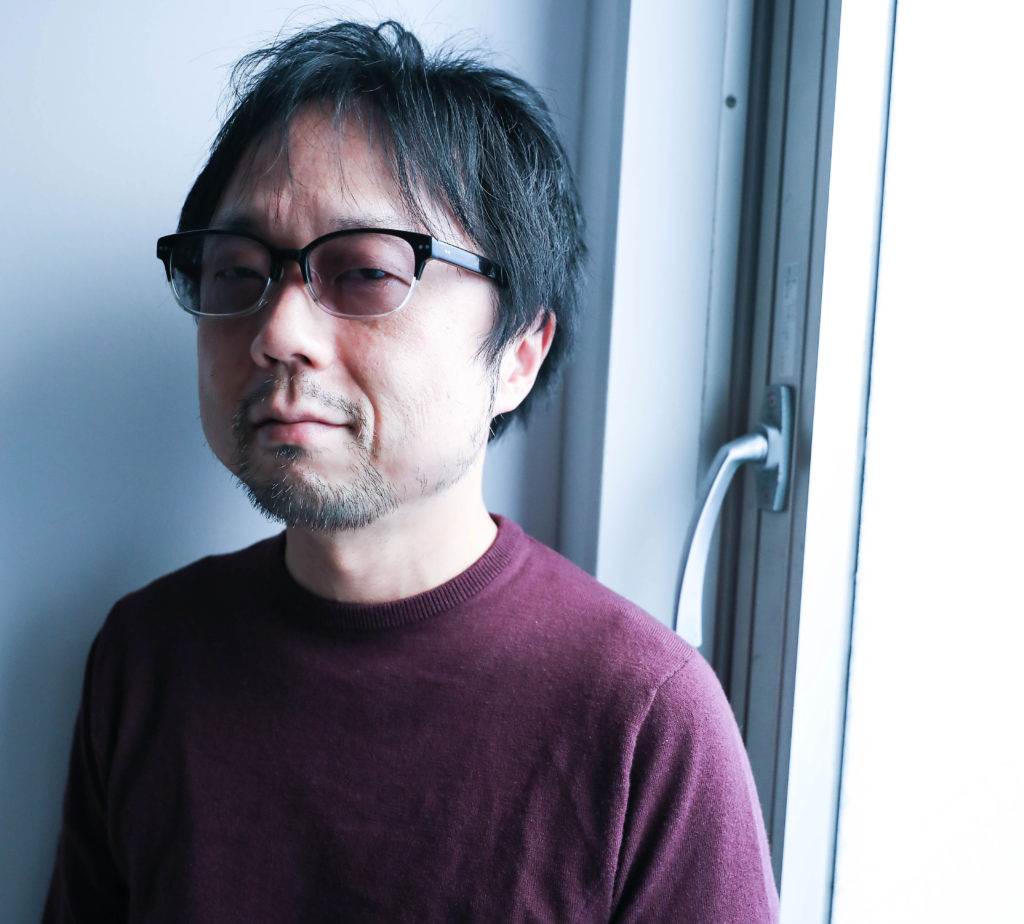 OTAQUEST: But now you feel it’s no longer necessary?

KYODA: Eureka Seven wound up embracing counterculture as a result of worldbuilding, which centered on the fascination with the idea of a robot flying on a surfboard, and nothing more. Naturally, some past harmonization on my part also played a hand. But to bring us back to reality, the reason synthesizer model numbers were used in robot names was to deconstruct and reconstruct the meaning of their applications in an experimental visual approach meant to form a new concept. It wasn’t just about making a callback to counterculture.

KYODA: The anti-establishment story of the TV series was derived from worldbuilding, not my initial motivation for its creation, and it eventually becomes about alterations to preconceptions, so it’s natural that it has experimental parts, I think. But this was made possible by the fact anime back then was not the major scene it is today, so it’s not relevant to a modern setting. That’s why I felt that I’d like to update those old elements for this theatrical trilogy.

OTAQUEST: So in each Eureka, you’ve been putting your “current” feelings to the screen, then.

KYODA: For the hundredth time, anime isn’t an industry where you can set the opinions of one person to the screen. It would be no easy task to set my own “current” feelings to the screen. What’s changed in these 15 years is that I now feel prepared to build a setup where we can approach that level of auteurism. Together, with my friends at the studio. 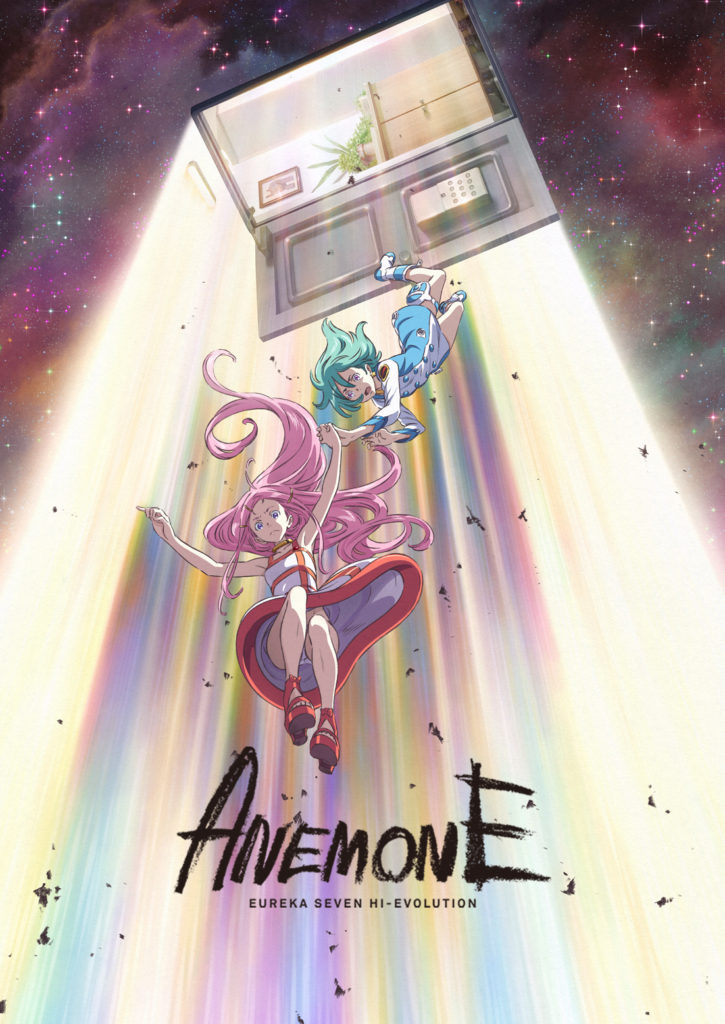 OTAQUEST: Incidentally, with Anemone we’re seeing more 3D CG than was in the first Hi-Evolution film, so the visuals have really changed. What were you trying to accomplish with this?

KYODA: First let me make it clear that the production methods we used 15 years ago are no longer available to us. Animators capable of hand-drawing the frames of such scenes have become scarce, so the practices and tools used back then are practically lost to us. While those groups of “super creators” and their traditional arts are nearly extinct, technologies for producing high-quality CG video are advancing constantly. I don’t want to paint this in broad terms, but if we were to consider the miraculous work of super creators back then an A+, modern CG can still hold a passing grade indefinitely. However, 2D anime can yield an awful F with just a slight mistake. The efforts of a handful of experts are what kept things around a B for much of the time. With such creators in decline and the explosive increase in anime productions, it’s getting harder and harder to make hits. That’s why the shift in attention by investors and animators to 3D may be inevitable.

OTAQUEST: In the 2014 movie Expelled from Paradise, you worked with the Graphinica studio, correct?

KYODA: That was what gave me the confidence in their quality to offer them to work with me on Anemone. The team that worked with me was not the team that we worked with for Expelled from Paradise, but they were all young, hard workers. Were it not for them, I doubt we could have finished Anemone, or at least finish with anything worth watching.

OTAQUEST: Has work begun on the final entry in the theatrical trilogy?

KYODA: It has. The movie will bring the series to a close, but with the hope that something new will come from it. And as we’ve asked for a generous amount of time to polish it, I’d like to ensure it’s upgraded, including in its story and visuals.

We would like to thank Mr. Kyoda and Studio Bones for helping us make this interview happen. This is the first in a series of interviews with key creative members of the team behind the Eureka Seven franchise. Keep an eye out soon for additional interviews with scriptwriter Dai Sato, and character designer Kenichi Yoshida!