An admittedly biased guide from Guile to Chun-Li

Like most, my pre-teen years were filled with unrequited love, hormones, and Street Fighter. By some untold miracle, a Street Fighter II arcade game wound up at the youth club in my hometown of Aurora, Nebraska.

Having the 8 playable characters on Street Fighter II around meant the population of my small town practically tripled. I was obsessed. I clocked in countless hours playing matches and chowing down on the beef jerky you could purchase for 25 cents at the youth club. How was I to know, during that pre-social media bliss, that my favorite game was a worldwide sensation?

Streetfighter first hit arcades in 1987 thanks to Capcom, for whom the game is now their flagship franchise. The game was designed by Takashi Nishiyama and Hiroshi Matsumoto. Since then the game has had a meteoric rise as one of the highest-grossing franchises out there, closely trailing titles like Mario and Pokemon.

Point me in the direction of a better live-action video game film. Whoops. You can’t because that doesn’t exist.

No matter how incredible this franchise is it’s no stretch to say it would be nothing without the incredible characters we have all come to love. Here’s my admittedly biased, look at the top 4 characters, in no particular order. 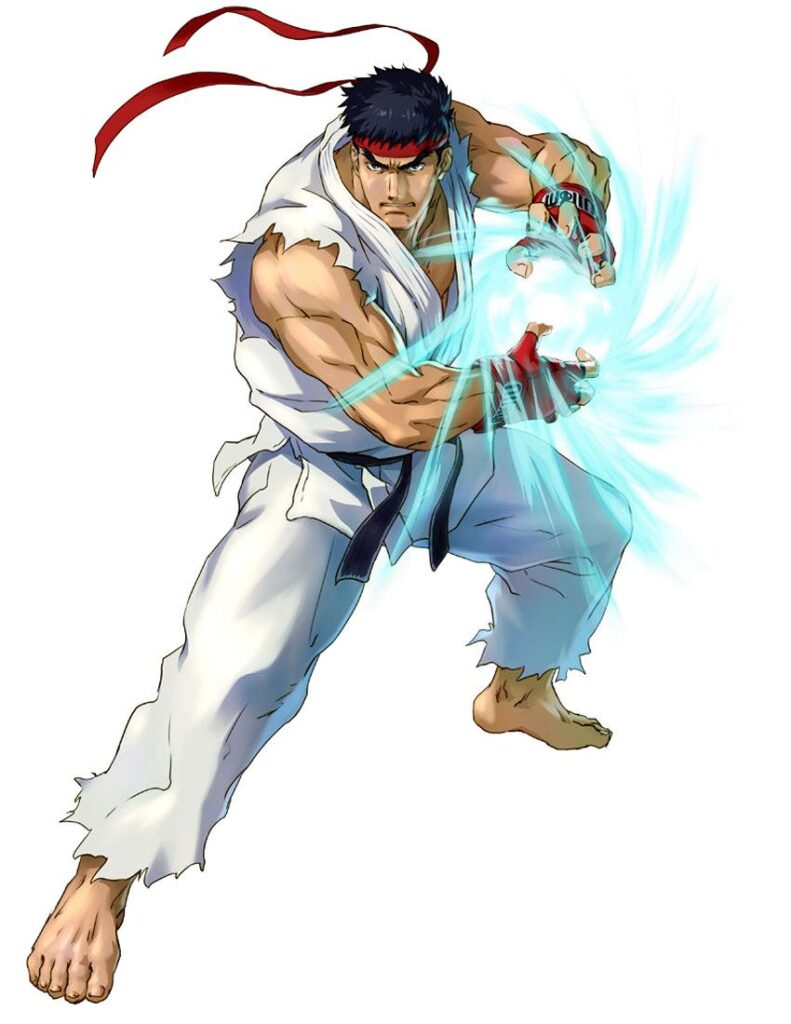 Ryu is the central figure of the whole franchise and one of two playable characters in the initial game.

Ryu is an orphan that learned martial arts from his adoptive father Gouken. He left Gouken’s dojo at the age of 23 and began fighting professionally.

He is present in every Street Fight game and perhaps because of his ever-presence receives flack for being a little boring. That’s right, Ryu manages to be underrated in the franchise that revolves around him.

However, Ryu is a highly-skilled martial artist who remains very humble and kind (unless he’s hungry). Ryu shows us time and time again, don’t mistake for weakness.

He does have a little bad boy flair since he has dipped his toes in dark martial arts.

Also, the guy can shoot fireballs and his signature move hurricane kick deals a harsh blow. Perhaps not the flashiest character (hi F.A.N.G.), Ryu is one of the most consistent. 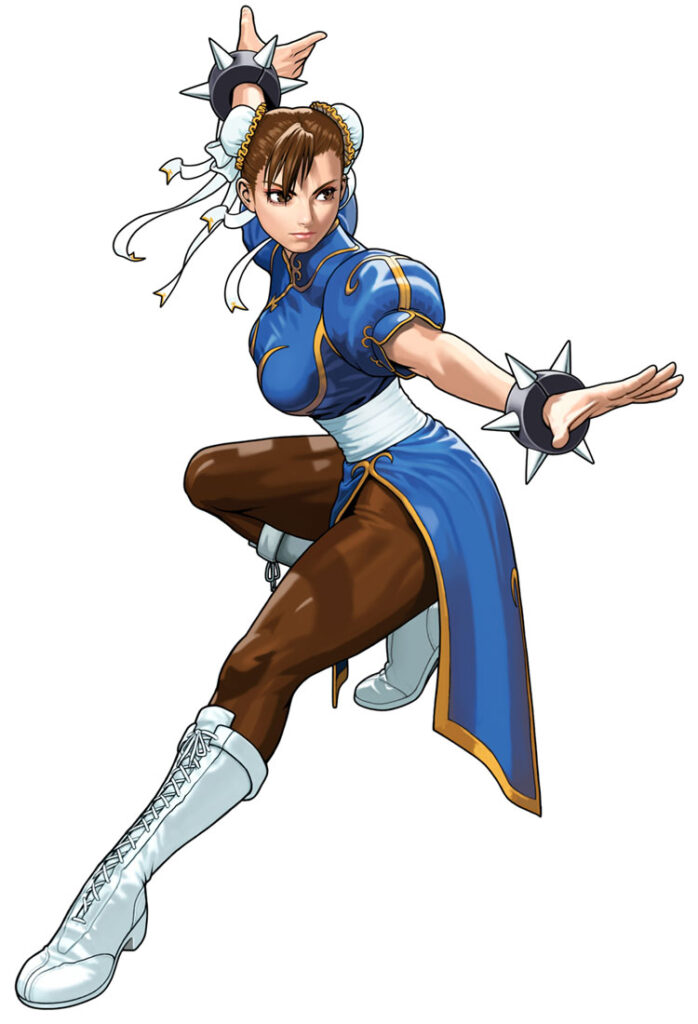 Like Ryu, Chun-Li learned martial arts at a young age. Her father, Dorai, was her teacher until his mysterious disappearance. Street Fighter mega villain Bison later claimed that he killed Dorai and Chun Li set out for vengeance.

Chun-Li made video game history by becoming the first female playable character to enter mainstream. It’s been almost thirty years, and she still sits upon her pop culture icon thrown. Probably listening to the song Nicki Minaj wrote in her honor.

As a playable character, Chun-Li lives up the hype.  Her signature move Hyakuretsukyaku, a series of rapid and powerful kicks, makes her dangerous to get too close to. If you can even catch up to her that is. 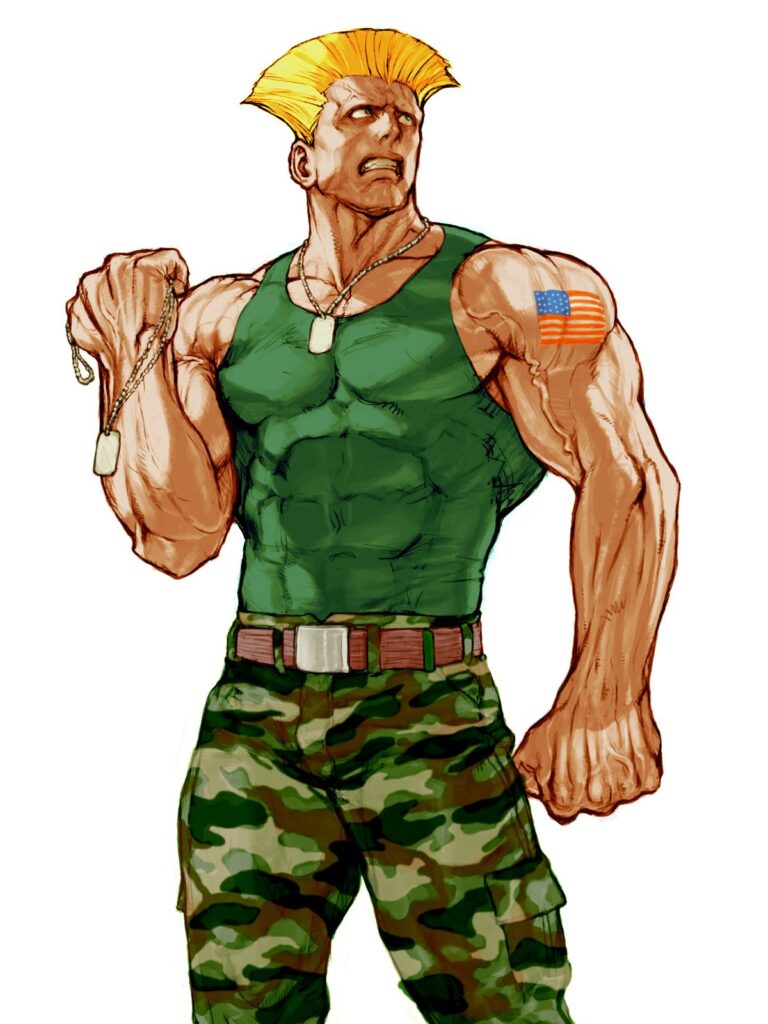 I swear I didn’t add Guile, just so I could talk about the live-action movie again where Jean Claude Van Damm portrayed him. But while we are on the subject, remember this scene?

All jokes aside Guile is an extremely powerful player and a combo master. While he only has two signature moves, Sonic Boom and Flash Kick, he makes them count. Beyond his skill and power, he also has the best theme song by far of the players (sorry F.A.N.G.). 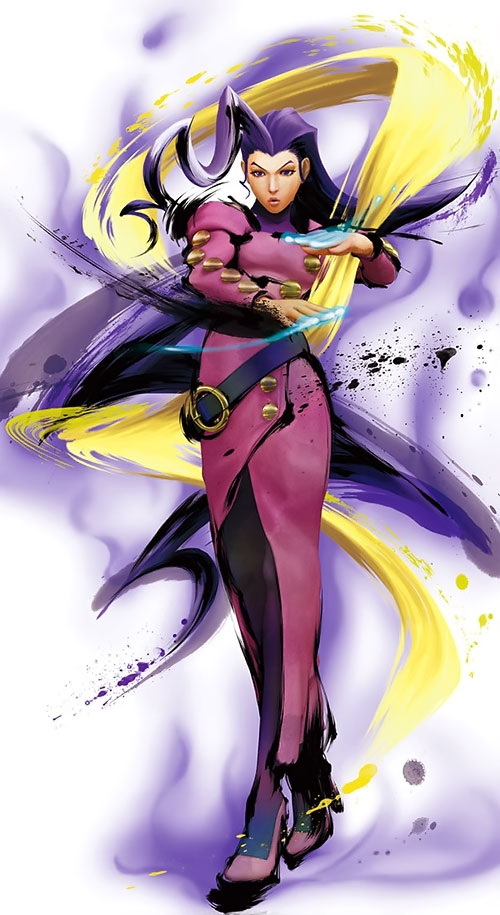 Rose was created when Bison rid himself of all positive energy. That positive energy became the powerful fighter Rose, though she had no memory of her creation.

Rose is a fortune-teller who wields energy called Soul Power. She can harness this power and shoot it at her target. Thanks to her scarf is a ranged character whose strength is in the offense, though her air-defense is nothing to balk at. In short, Rose is an over-powered force.

Oh, and she does it all while being a fashion icon.