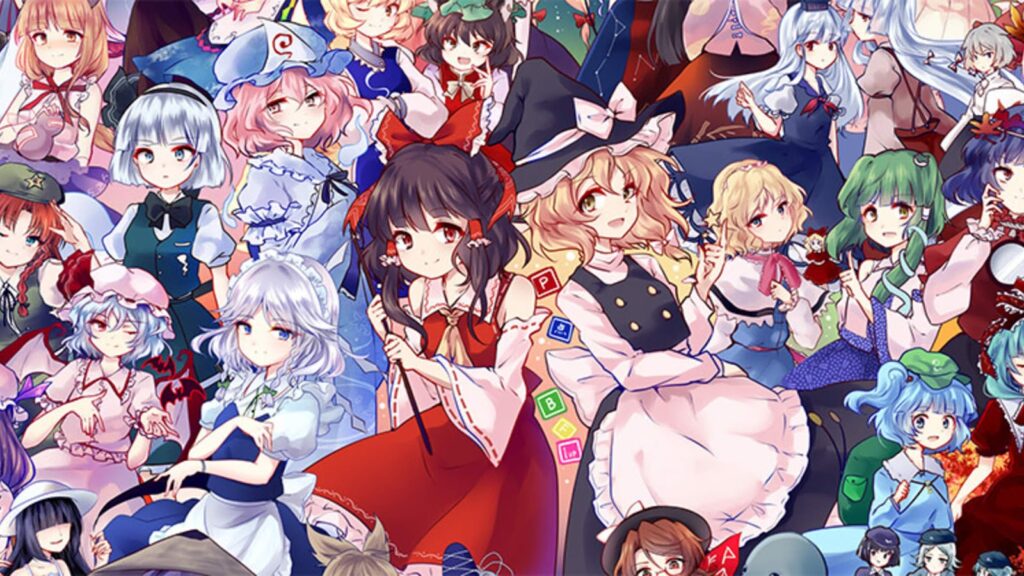 Touhou Project is, at its very core, a labor of love. From the man who created it to its thousands of fans worldwide, it truly comes down to the love of the franchise. After all, after its initial creation, everything that came after was simply because of the passion that the fans felt for the massive franchise.

The Touhou Project had humble beginnings stemming from creator Jun’ya Ōta, otherwise known as ZUN. From a young age, ZUN was interested in music, composing several of his own pieces. While he studied mathematics at Tokyo Denki University, he began creating his own ‘bullet hell’ games under his own label ‘ZUN Soft.’ Bullet hell games stem from shoot-em up style games with a slight twist. Usually with bullet hells, the game lives up to its name, where almost the entire screen is filled with enemy projectiles.

The games that ZUN developed while studying would become the first five entries into the Touhou Project. Recognizing his talent, Taito Corporation scooped up ZUN after he graduated and helped produce several games.

However, after a few years he left the company to pursue his own development of the Touhou Project once more. During his time at Taito he contributed soundtracks to a friend’s series known as Seihou Project. With a newfound sense of autonomy ZUN started doing what he loved the most: composing.

Under his own created company Team Shanghai Alice, ZUN began to write and create new songs. Each tune he created came with a new boss battleground for Touhou Project and the series soon reached new audiences with its storyline and accompanying soundtracks. ZUN is behind everything of the actual games. He composes, develops, and produces each game.

The Touhou Project games follow a story about a world outside our own that consists of humans and yokai. A shrine maiden named Reimu Hakurai has the job of battling these yokai in order to restore order to her world. While the story itself has a simple premise, ZUN and fans took it even further with each game, spawning numerous characters and backgrounds for the bosses you battle.

But to talk about the Touhou Project means talking about more than just the game. 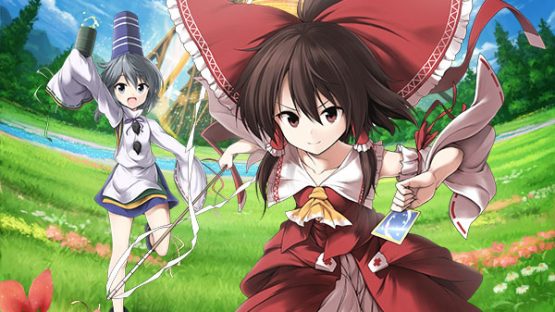 The music of Touhou Project almost feels like the most important part of the series. ZUN creates the song first, and then accompanies it with a battle to match. It’s how each battle feels perfectly in sync with each aspect.

It’s also one of the parts that fans of the series have latched onto the most. Fans have taken the songs ZUN created and turned them into entirely new entities, ranging from electronic to metal and everything in between. The series features dozens of songs, with numerous albums available to buy, and fans can pick and choose whatever they want to fit their mood.

The music of Touhou Project is so powerful that a massive portion of Touhou fans aren’t even fans of the games. Because of the variety of the music and the ability to remake and remix songs, the music lies as the introduction to the series without having to play the game itself. Speaking of the game…

Bullet hells are notoriously difficult, and for good reason. Their name can even be ‘barrage’ so gamers know exactly what they are getting themselves into. But ZUN pulls these off with a beautiful sort of ease.

The games range in difficulty that the player can choose, but no matter the difficulty setting each stage of the game progresses to something more difficult than the last. The screen looks like sheer chaos that not even the most skilled player would be able to navigate. Of course that’s not the case, but it’s difficult to see until you play.

The Characters and Their World

If the music or gameplay wasn’t enough to get you intrigued by the mega icon that is Touhou Project, then the characters might just do it.

The world that ZUN has created is expansive and wide, with characters filling it that are just as interesting as the next. Gensokyo, the fantastical land of Touhou, features numerous arenas, boss stages, and other areas. The more popular ones like Lunar Capital or Scarlet Devil Mansion have extensive back stories and quirks that make them fascinating.

This is helped by the massive stock of characters ZUN has created. Ask any Touhou fan their favorite and you’ll be guaranteed a name followed by their stories and what makes them the best. One fan favorite is the main protagonist Reimu Hakurei, the shield maiden in charge of keeping yokai out of the Hakurei border. Or if you are looking for someone a little more villanous, there’s Seiga Kaku, a blue-haired necromancer known as the wicked hermit of the game. She takes her role as a boss fight in the Ten Desires game of the series.

There’s even someone who is wanting quirky, cute, and a hell of a writer. Aya Shameimaru exists as the protagonist of the games Shoot the Bullet and Double Spoiler. A writer for a salacious tabloid magazine, Aya is a character that has massive appeal due to her fun nature and interesting abilities. 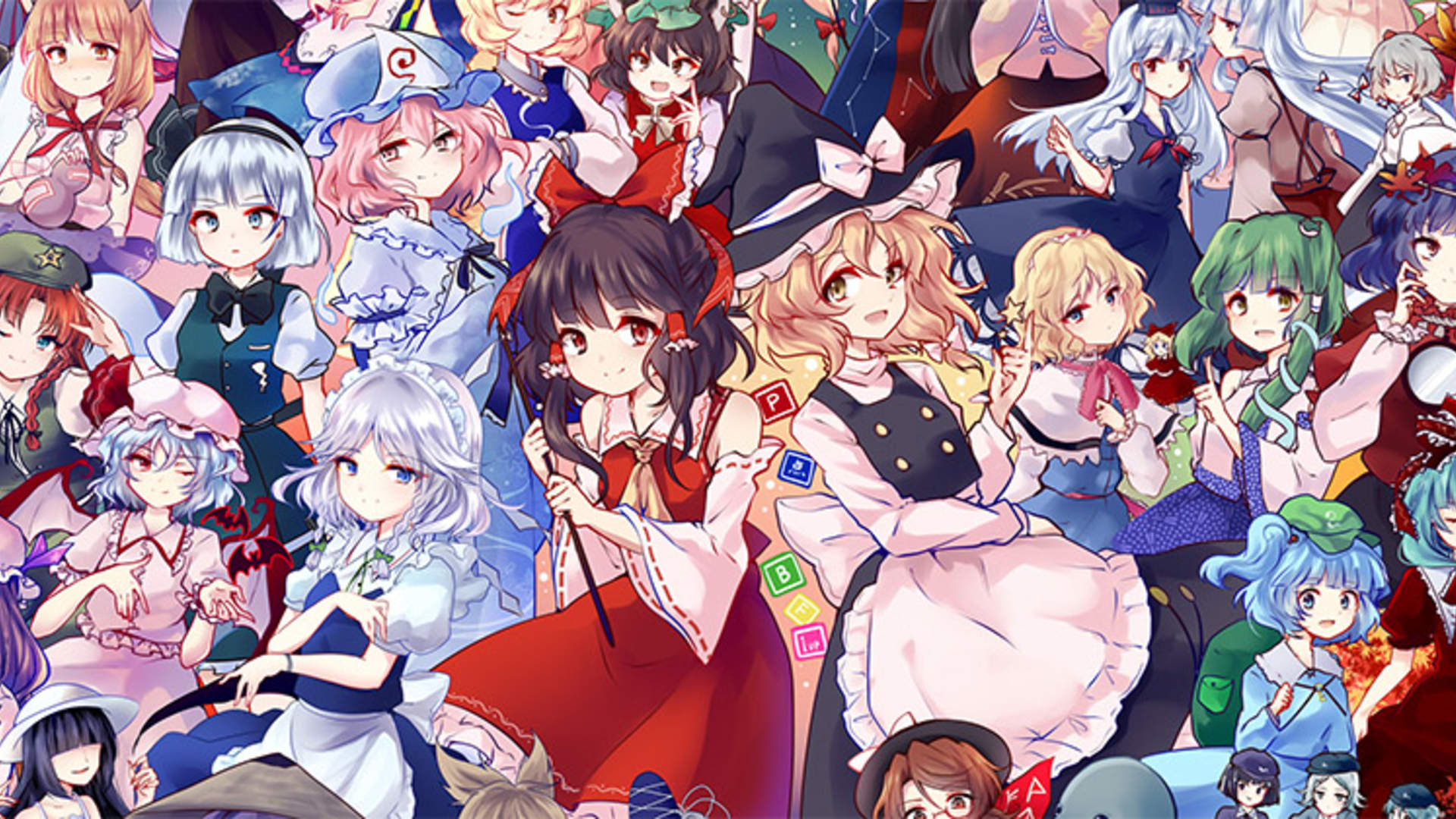 But undoubtedly the most important part of the Touhou Project are the fans. They range from the gamers who have been playing from the start to those who got their introduction via the music. The series is huge with cosplayers, with fans recreating their favorite and most memorable characters.

The importance of the fans stem from their own creations of Touhou Project. They’ve covered and remixed the music, but they’ve gone further than that. A simple Google Search of the series shows hundreds of novelizations, fan art, even fan created anime. And instead of punishing these fans for potential copyright, the series celebrates it. The fan created items, the doujins, are seen as integral to the series. It goes to show the power of love that thrives behind creations and manages to keep them relevant and fresh, even after years of its initial creation.

The series has been relentless in becoming one of the biggest indie games in the world to the point where it feels more like a pop culture cornerstone than anything else. With new games being released on Nintendo Switch, rare copies of games being demoed in Akihabara to being ever present at conventions, Touhou has the power to outlast any other series that comes its way.