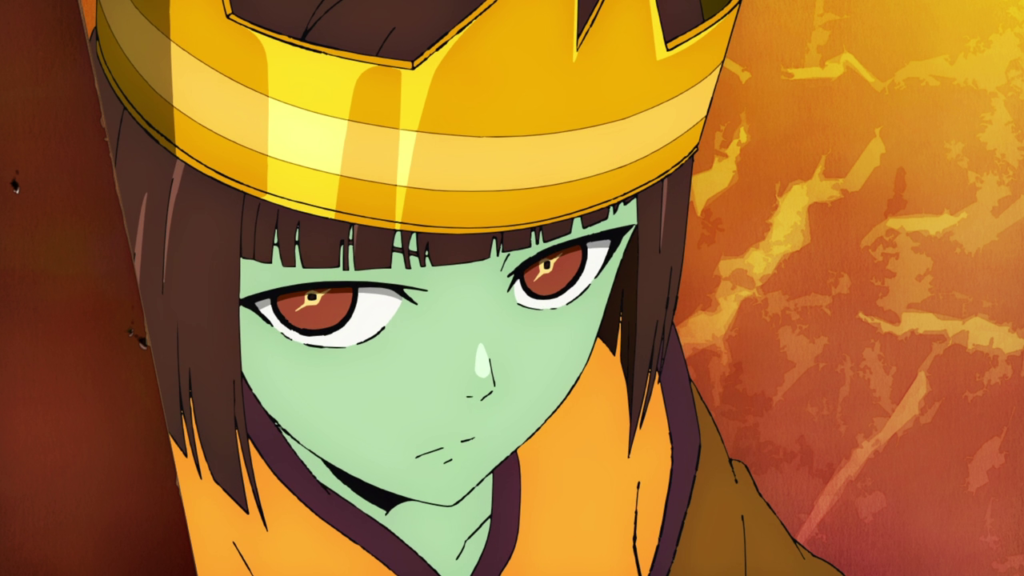 The fight is on to take the crown from atop Anak’s head in Tower of God episode 4, making for an action-packed episode that is full to the brim with some of the anime’s best moments yet. When compared to the success of last week, where it felt like the series had truly come into its own, it is clear that this adaptation is going from strength to strength – and I can’t wait to see where it goes from here on out.

Although Tower of God episode 4 is mostly comprised of various fights and clashes between our characters, that does not mean that it takes itself entirely seriously. In fact, the presentation of these fights is much more comedic than it is in the original manhwa, mostly thanks to the flippant nature of Kenjiro Tsuda’s narration as Lero Ro. The addition of animation to Shibisu’s various affectionate outbursts also helps to keep things relatively light-hearted and gives the episode an air of levity, offsetting the very real conflicts that are bubbling beneath the surface.

But the real meat of this episode is no doubt found in its fights. In this respect, Tower of God episode 4 does exceptionally well. It competently brings to life the clashes from the original manhwa, injecting them with life and energy through fairly competent animation; it won’t be winning awards, but it does keep things visually engaging and effectively communicates the various mechanics at play – including Lauroe’s sudden use of Shinsu, which matches the ability’s first introduction in episode 2 in terms of awe-inducing scale. It is a good job that Telecom Animation Film has managed to nail this so well, because this will be a recurring element going forward.

Special credit should also go to Kevin Penkin’s soundtrack, which is once again doing wonders for the overall mood and tone of the show. We hear a couple of tracks that we have played before during the fight scenes – including the epic Tower of God main theme itself – but there are also some new ones: the jazzy, electronica theme that plays during Khun’s trickery being one of them. I have no doubt that Penkin will continue to impress going forward, acting as one of the production’s greatest assets.

The studio also makes several important steps when it comes to adaptation. Once again, Tower of God episode 4 covers fewer chapters than the series did at the beginning: only about five, from chapters 16 to 22. But this is also quite hard to calculate given that the episode actually skips over some chapters here and there; the best example of this being at the very end, where Khun manages to duplicate the crown and place Bam on the throne.

In the manhwa, this lasts for much longer and features a lot more build-up, as well as an explanation of Khun’s power, but Tower of God episode 4 simply skips straight to the end and into the next fight. This is not such a bad idea, as we can infer the function of Khun’s magical bag, and this ending keenly sets up the stakes for next week. But, then again, some fans may despair that some elements have fallen by the wayside.

Nevertheless, for each element that Telecom Animation Film takes away, the studio adds another one in. Take, for example, the fight between Hatz and two other teams of Regulars. In the manhwa, one of his opponents makes reference to the fact that there are not many swordsmen in the upper floors of the Tower since the density of Shinsu makes swinging swords rather difficult, which sets up Hatz’s later character development and power evolution. Having missed out this detail, however, Tower of God episode 4 also makes it so Lero Ro is observing the battle from the inside of a Lighthouse, which sets up these devices’ imminent introduction. So, there’s that.

Overall, Tower of God episode 4 is yet another fine addition to a series that is shaping up to be every part the adaptation that I hoped it would be. They even added some new stuff to the OP, most notably the symbol of the House of Jahad, which addresses how empty it felt in the first episode – things are looking up.

You can watch Tower of God episode 4 via Crunchyroll.