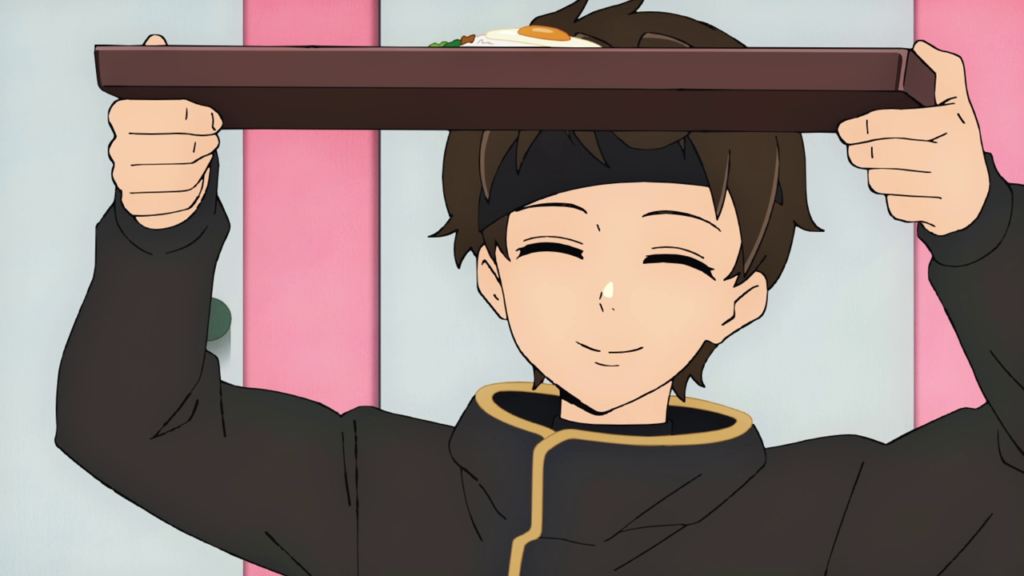 Tower of God episode 7 feels a little bit underwhelming, especially compared to the essential exposition and epic fights that were delivered last week. In many ways, it is saddled with a transitional burden as attempts to tie up the plot threads that were introduced last week as well as strengthen those that will be important going forward. By the time that it heads into the Position Test at the very end, it feels a little overdue. Nevertheless, looking at the adaptational process, there didn’t seem to be much else that Telecom Animation Film could have done.

Firstly, Tower of God episode 7 picks up where episode 6 left off and continues the fight between Anak and Endrossi. There isn’t really much to say here that hasn’t wasn’t said last week, apart from the fact that this is one of the last times in this episode that we get some stylized animation – including one excellent sketchy rendition of the ‘shoes of Jahad’ – as well as some pumping tunes from Kevin Penkin, although there is apparently more on the way.

Once Anak and Endrossi have (literally) pushed each other off the edge, Tower of God episode 7 then moves into some more character-centric storytelling that serves to set up the conflicts of the next arc. Of course, there is the ongoing tension between Bam and Rachel – with which Endrossi is playing coy – but there is also the character of Hoh, who is none too pleased about Bam’s progress as a Wave Controller. 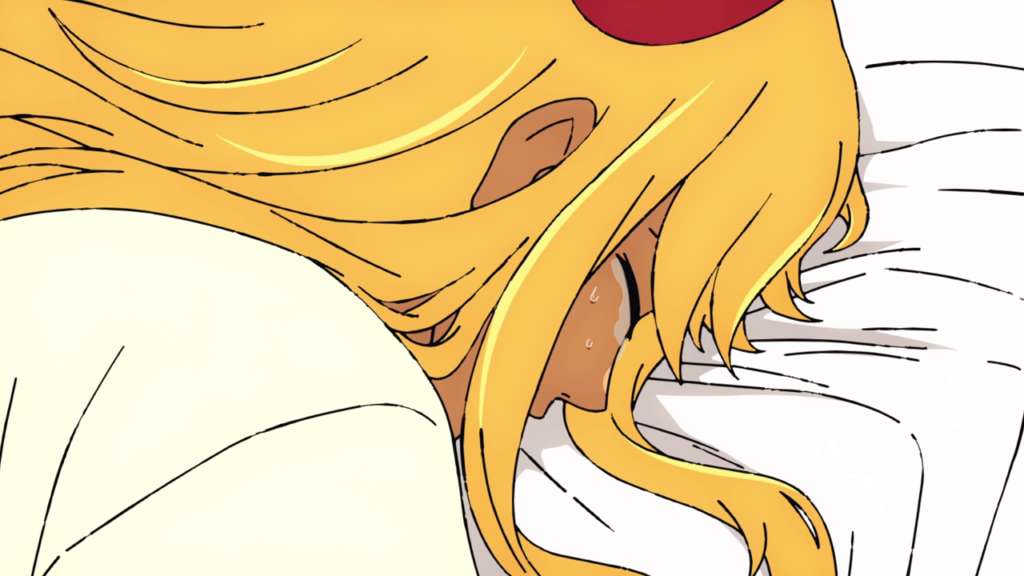 This is a personal point, but I remember when I read this next arc in the original manhwa that Hoh’s eventual character development took me by surprise, as I never assumed that they were  an important character. Reading the manhwa alongside the anime, however, made me realize that I had simply skipped over or spaced out during their backstory, which is why I first thought that the inclusion of said backstory in Tower of God episode 7 may have been anime-original, but was quickly proven wrong. I’m only human, after all.

In any case, there are several interesting anime-original elements in Tower of God episode 7 that are worth focusing on. Firstly, there are small changes, such as the much more detailed setting for the Wave Controller training grounds (in the manhwa, it’s just a blue space) and the simplification of how Bam, Hatz and Shibisu tempt the recovering Anak and Endrossi with food (see below). But then there are bigger changes, such as the explanation of how Bam found Lauroe’s pillow (in the manhwa, it’s just a throwaway line) and the scene where Hatz begrudgingly thanks Khun for ‘producing’ their reconciliation with Anak and Endrossi, which is, again, just a throwaway line in the original manhwa.

Most of these changes and additions are welcomed as they really help to flesh out the relationships between our characters and demonstrate their excellent chemistry, but it is unusual to think that while Tower of God episode 7 finds time to insert these tertiary elements, it does skip out on some seemingly essential expository moments: the explanation of what a ‘Bang’ is, for one. Let’s hope that this doesn’t affect viewer comprehension going forward, or is reintroduced later on.

The actual plot gets moving once again once Tower of God episode 7 enters the Position Test, which will see our characters fighting in their various assigned roles for the very first time. Preceding that is an explanation seminar, which is worth mentioning as the decision was taken to have Rak present in the anime, lording over all of the others in an amusing moment as he has already earned the right to proceed up the Tower. We also get introduced to Quant, the hot-headed Ranker who will be the examiner for this next test.

There is a little bit of action towards the end of Tower of God episode 7 as Khun lays a trap for Quant, but it is quite clear that the bulk of this action will take place next week, following the effective cliffhanger, so I’ll leave it there. All in all, Tower of God episode 7 feels a little bit disjointed, but that is merely a product of the flow of the narrative and not necessarily anything that we can blame it for per se. Let’s hope that next week is a little more consistent, especially as the series moves back into its trademark cerebral narrative action.

You can watch Tower of God episode 7 via Crunchyroll.