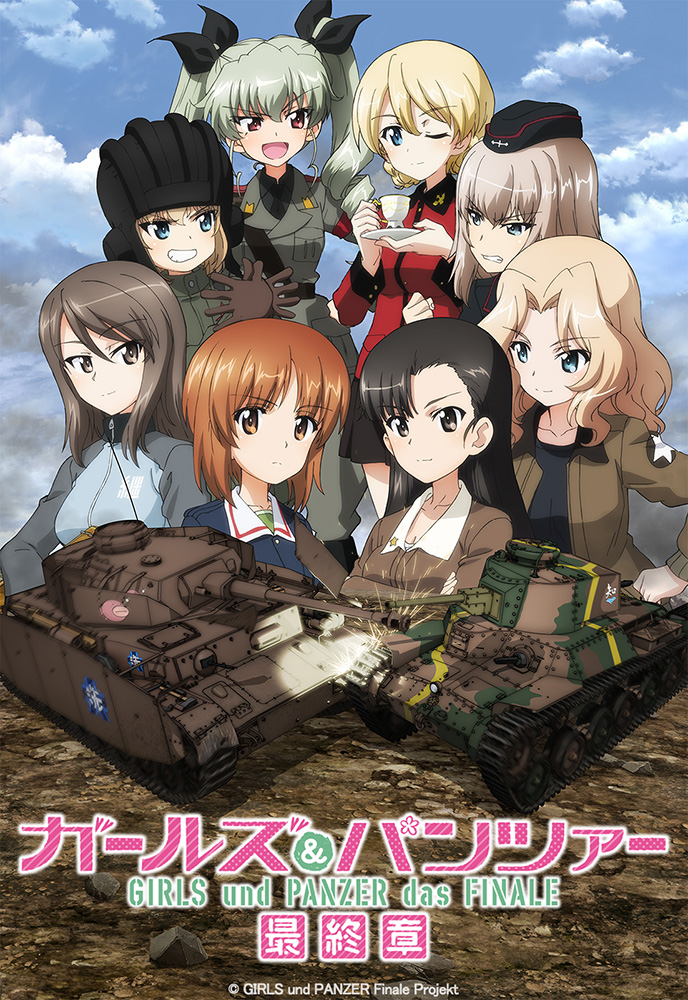 The third Girls und Panzer movie released a new 90-second promo video along with a new key visual on Wednesday (Japan Time). The movie and a new Girls und Panzer Blu-ray will come out on 26 March.

The video shows part of Round 2 of the Winter Continuous Track Cup, starting with the girls of Oarai Girls Academy in a heated tank battle with Chi-Ha-Tan Academy. It looks like a difficult nighttime jungle fight for the Oarai girls as Chi-Ha-Tan charges in.

The trailer also features ‘Grand Symphony’ by Sayaka Sasaki, which has been the main opening theme song for the film series.

The new visual features eight girls from the series. Each one represents a different school: Miho Nishizumi from Oarai; Kinuyo Nishi from Chi-Ha-Tan; Kay from Saunders; Anchovy from Anzio; Katyusha from Pravda; Erika Izumi from Kuromorimine; Mika from Jatkosota; and Darjeeling from St. Glo.

The new film is the middle section of a six-part movie series known either as Girls und Panzer Das Finale, or Girls und Panzer: The Final Chapter. The films have been slow to roll out, with the first part released in 2017, and the second part in 2019. If the odd-year pattern holds, that would suggest that the fourth part won’t come out until 2023, fifth in 2025, and finally finishing up in 2027. 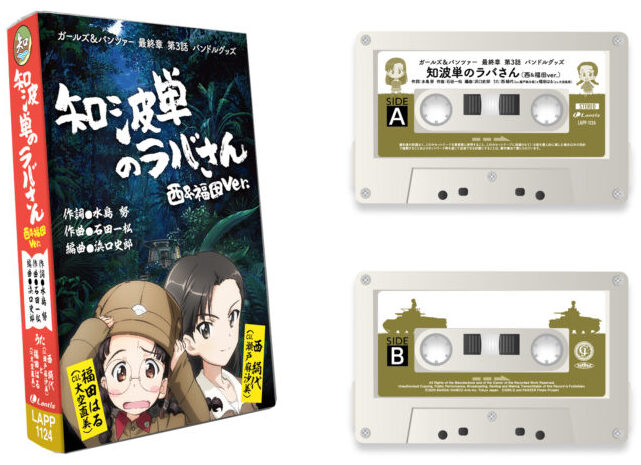 On Wednesday, Girls und Panzer also announced that Mubichike cards will be sold with a special bonus cassette tape at various Japanese theaters starting on Friday. Mubichike (literally ‘movie ticket’) cards are used to get advance tickets and reserve seats online for films.

The cassette will feature the song Chi-Ha-Tan no Raba-san sung by Kinuyo Nishi (voice of Asami Seto) and Fukuda (voice of Naomi Ozora).

A new Girls und Panzer Blu-ray will also come out on 26 March. A six-minute promo video for the Blu-ray was posted to YouTube on 15 January:

The Girls und Panzer Symphony Concert (or SymphonieKonzert) Blu-ray disc will feature a concert held on 19 September 2020. The event featured Sayaka Sasaki and the Tokyo Philharmonic GuP Orchestra. The Blu-ray will also include a bonus disc of video extras, including Symphony ‘Girls und Panzer’ Making in Prague; Maho and Erica Orchestra Course-Symphony; and Girls und Panzer Extreme Explosion. Extreme Explosion was a 2019 screening event featuring the voice actors and others.