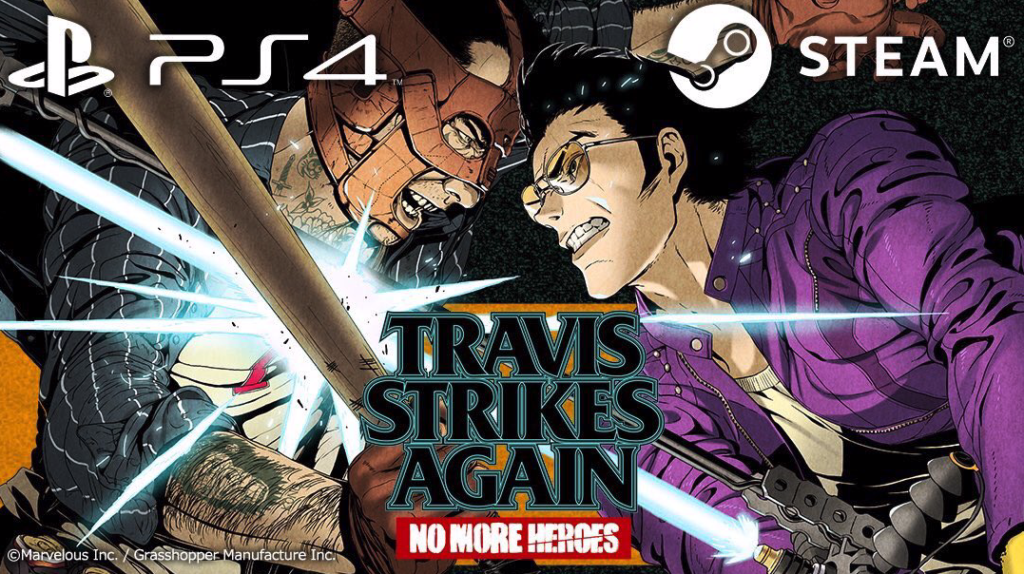 Although Travis Strikes Again: No More Heroes came out to… modest, if unspectacular commercial and critical success earlier this year, as a revival of an IP without a new game since the Wii in 2010, it was successful at bringing awareness to the IP after a long absence. While the Switch exclusivity the game enjoyed sure helped the game’s existence reach a wider audience thanks to prominent promotion within Nintendo Direct presentations, the period of exclusivity the game had on the system appears to be coming to an end, with the news from Momocon that Travis Strikes Again will be ported to the PS4 and PC via Steam.

Momocon in Atlanta, Georgia this past weekend played host to the game’s creator and well-known developer Suda51, as he hosted a panel at the event where he discussed the game. It was during this panel that he announced the port which was in development for the two platforms, although no specifics were given for a release date or release plans for the title. We do know the game won’t be entirely identical to the title released on the Switch, however. In the game, it is possible to collect a variety of Nintendo t-shirts that expand the arsenal of moves for Travis Touchdown to use, and these will, perhaps unsurprisingly, not make the jump to other hardware. According to a tweet from Suda51, new shirts will be made for these platforms.

The release of this game on other hardware should finally give fans of the series the chance to play it if they happen to not own the Nintendo Switch. Although the games have never been the largest sellers, Travis Touchdown has a dedicated following, some of whom would never have been able to try this game without this port, and that can only be a good thing.

Travis Strikes Again will release on PS4 and PC at an unspecified date in the future, and is available now for Nintendo Switch.