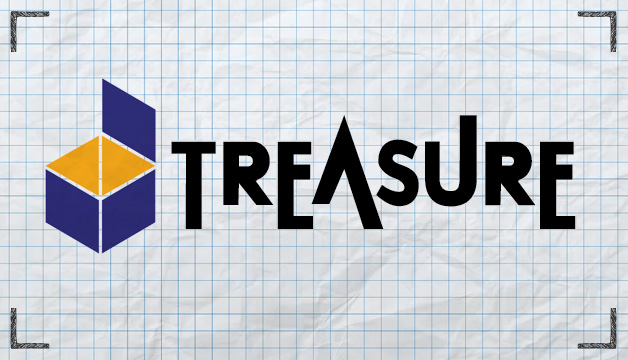 In the 90s, a new force emerged in Japanese gaming – a studio founded under refugees of Konami seeking artistic freedom to explore and create games based on their own creative desires rather than pressure to produce formulaic games that would sell well. Ten or so people formed the company Treasure with the goal of creating games that would become just that to the industry-unique games with style and substance never seen before.

And create they did.

Right from the outset, it became apparent that Treasure could design games with both attitude and finesse. Their first game, Gunstar Heroes for the Sega Mega Drive/Genesis, was in fact the catalyst for the formation of Treasure, as it had been started back when the key players were still working at Konami. Gunstar Heroes covertly usurped its way to being one of the most coveted titles ever to hit the platform, looking back. Did Treasure get lucky?

Don’t bet on it. Treasure’s success as an indie developer comes down to one thing: the ability to design innovative gameplay elements which were then tested in the final product, continually refined, and revisited in some way again in future titles. Thus, a legacy of absolute classics that followed a signature style of gameplay was conceived, and continued to constantly evolve.

It’s almost as if Treasure set out to make the perfect game, and for them, the road to succeeding in such was a learning process involving figuring out what elements work, refining them, and recasting them in a different mold. As you’ll see, almost all of Treasure’s games feel the same in a very major way, yet each one is also entirely different.

Making Sense of the Patterns – The Treasure Signature

Intense, but balanced gameplay. This is, in essence, one of the first things that comes to mind when taking a step back and examining the trove of games Treasure left behind in its wake.

Typically, you have an entity with a satisfyingly absurd level of firepower. Be it the colored Gunstar Soldiers in Gunstar Heroes with their ability to mix and combine various Contra-like guns into multi-property weapons of mass destruction, or the Silvergun fighter ship in Radiant Silvergun for the Sega Saturn with enough firepower to cover all 6 of the face buttons on the Saturn gamepad, and once again, the ability to combine different weapons to create entirely new effects.

Bangai-O pits the player behind a mech that shoots a barrage of missiles that increases in count based on the number of threats nearby, to absurd levels, filling the entire sky with literally hundreds of the things in an instant.

Even in games where “firepower” is less literal and more figurative, the feel of commanding an overwhelming amount of power remains. In Guardian Heroes, you command characters that dish out custom combos of fighting moves and attacks more exhilarating than the Ultra combos found in Rare’s Killer Instinct, fighting against a horde of monsters, robots, and wizards that command an assortment of their own attacks and magic.

Yes, Of course, with the player having a proverbial war fleet worth of firepower at their disposal, baddie firepower tends to be well represented as well. The chaos that ensues, however, seldom feels overwhelming or unfair to the player, as one of Treasure’s greatest assets as a studio is its ability to fine tune the challenge of their games to levels that gamers of all dispositions will find suitable.

Even the more difficult titles in their repertoire (like the aforementioned Radiant Silvergun) tend to reward the player with more lives and or continues as time spent playing increases, so if the game is too extreme for a more casual player, that player will eventually have the resources they need to complete it.

The Birth and Rebirth of a Novel Concept

An often-overlooked gem for the Sega Saturn console is the late 1997 sleeper hit, Silhouette Mirage. The primary gameplay element in Silhouette Mirage is as follows: all enemy characters have one (or both) of two colors – red (silhouette), or blue (mirage).

The player character is a silhouette when facing to the right, and a mirage when facing to the left, though the directions can be reversed with a special ability that uses some of the game’s mana resources. Attacking enemies with the same property will deplete their resources, and attacking with the opposite will inflict damage. The player is also able to resist attacks from enemies of the same type.

Yes, this very concept made a return in the much more prevalently known shmup, Ikaruga, one of Treasure’s later games that served as a spiritual sequel to Radiant Silvergun, hitting arcades in late 2001,.and later consoles. With the polarity system borrowed from Silhouette Mirage combined with the score-chaining system taken from Radiant Silvergun, Ikaruga is the culmination of Treasure’s many years innovating and refining design elements.

Have you played either of these games? If not, you are missing out on one of gaming’s most decisively clever gimmicks.

Treasure has always had a very personal relationship with the titles they have developed, as the company ethic revolves around all staff, including programmers, artists, and other contractors to come together and collaborate, rather than simply assigning specific roles. This practice has led to some of the most legendary, badass, unique games of all time coming into existence. Way to go, Treasure!.