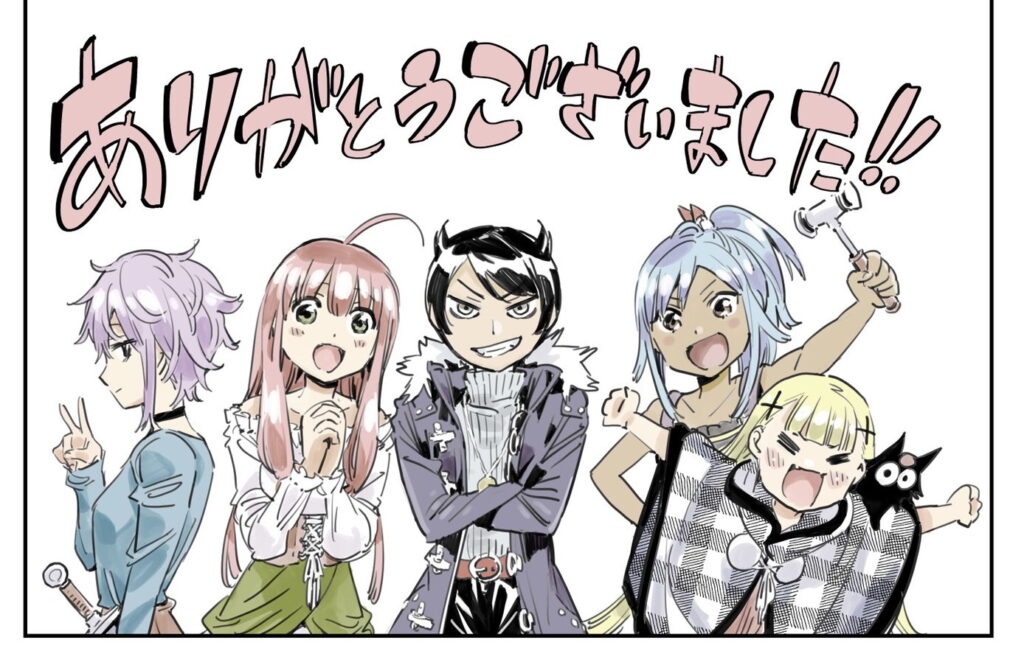 At one point, it appeared as if Tricks Dedicated to Witches (Majo ni Sasageru Trick) was on the up: its first volume was selling well, people were enjoying its unique take on magic, and Hiro Mashima of Fairy Tale and EDENS ZERO fame endorsed it in an eye-catching crossover campaign. Yet, all that came crashing down today, as original author Shizumu Watanabe announced that Tricks Dedicated to Witches would be ending in this week’s issue of Weekly Shonen Magazine.

Watanabe wasn’t afraid of plainly stating the reasons why. On Twitter, he put out a statement, saying, ‘The reason is that I was simply out of my depth.’ He expressed regret at the fact that many things were left unfinished, and that he wasn’t able to draw everything he wanted to draw: particularly a new witch character that was teased at the end of the last chapter.

The news that Tricks Dedicated to Witches would be ending came out from nowhere, with no prior warning given in the previous issues of Magazine nor from the author himself. The series’ collected volumes weren’t selling terribly, giving the editorial department no reason for cancelation. It seems as if this all comes down to the author’s own circumstances.

Watanabe hopes to return to the world of Tricks Dedicated to Witches one day, preferring to see this ending as the ‘end of part one.’ For those who aren’t familiar, the story follows stage magician Harry Makito as he is reincarnated 400 years in the past in medieval Europe. The series was notable for its more ‘realistic’ take on magic, showing how Makito uses stagecraft to disguise his tricks as real magic. It truly was unique… hence why it is sad to see it go.

You can read Tricks Dedicated to Witches via Magazine Pocket. It may return in a new form, perhaps published monthly, sometime in the future.