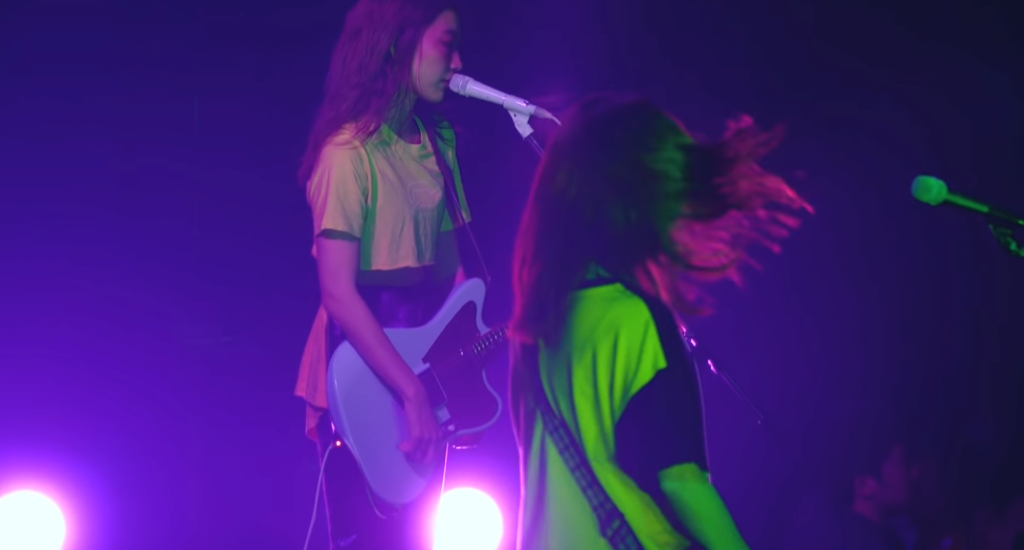 Everyone’s favorite math rock troubadours tricot just finished up their ‘dai hansha-sai’ Japanese tour. Roughly translating to ‘great reflection festival’, they played songs spanning from all points of their nearly 10 years and counting career. Vocalist Ikkyu Nakajima upon completing the tour stated that ‘old songs are good songs’ and that ‘there’s no sense of discomfort’ performing older tunes. The band just released a fantastic EP ‘repeat’ a couple of months ago but they chose to upload a live performance of an older tune from the recent tour instead. The song ‘Bakuretsu Panie-San’ comes from their very first EP ‘Bakuresu tricot-san’ and you wouldn’t know it was an 8-year-old song from the way they play it.

tricot is thankfully one of those bands that sounds just as good, if not better, live than they do recorded. The live energy created by the interplay of the complex riffs and vocal harmonies of the band is perfectly preserved in this video. ‘Bakuretsu Panie-San’ was straight up the first track on their first album but you can tell even then tricot always had that special something. Their newer material is a little more mellow than their early EPs like ‘Bakuretsu tricot-san’, and my personal favorite release of theirs, ‘School children and the cosmo’. You wouldn’t know it though from the way the belt out any of their songs when they play live. You really need to see and hear for yourself though.

I’ve been lucky enough to see tricot live twice in my life so far. Once with maybe a hundred other people in the basement of a bar in New York City. The other, as one of the bigger acts at the first After Hours festival in Tokyo, which always brings the most beloved and prolific Japanese independent musicians together in Shibuya. I swear I’ll never forget either performance. They can bring their unique energy to any venue with any crowd big or small and blow it all away. There’s a reason more and more people are saying tricot is the best touring band today. If you have the chance, see them.

You can check out ‘repeat’ by tricot now.