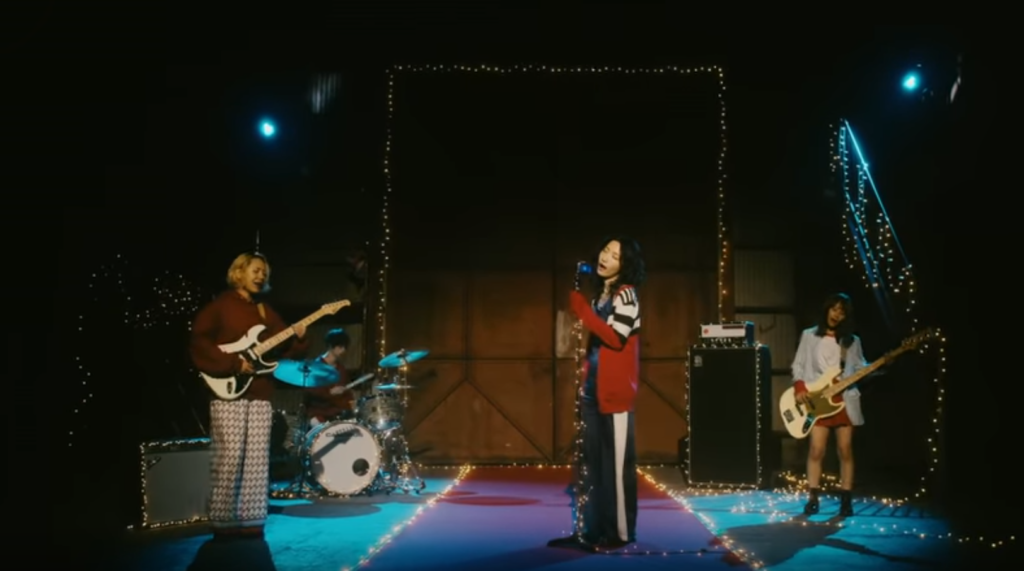 Every once in a while you have to slow down and reflect on where you came from. Twisty-turny Kyoto band tricot have been together for nearly a decade playing math-rock adjacent tunes unafraid to let emotion boil over, even if it spills all over those lined-out guitar melodies. The quartet isn’t quite at the top level of Japanese rock music, but they are darn close (not to mention miles away more gripping and technically dazzling than the majority of arena-habituating acts) and have managed many international tours. That’s a lot for 10 years.

The new music video for their song “BUTTER” finds the band looking back at their starting point. Quite literally it turns out. Watch the clip below.

If parts of the “BUTTER” video look vaguely familiar, that’s on purpose. The band plays the song in a room resembling the same one where they created their debut clip for the song “Bakuretsu Panie-san” back in 2011. Lead vocalist and guitarist Ikumi Nakajima even sports the same kind of sweater she wore back then. Bassist Hiromi Sagane might also be wearing the same red skirt, but then again that’s far harder to prove. They also nod to their video for the song “Break” with the opening, where Nakajima tears a piece of paper with the group’s name written on it.

Fittingly, all this self-reference comes on one of the more low key numbers tricot has penned. “BUTTER” comes from the recently released “Repeat” EP, and sees the band playing around with space and slow tempos, offering lots of room for Nakajima to sing, even if she often opts for syllables over words. They let loose later on — check the drum solo at the end — but mostly turn to a more reflective sound. Which proves fitting for a moment when they have a lot to look back on and think about.