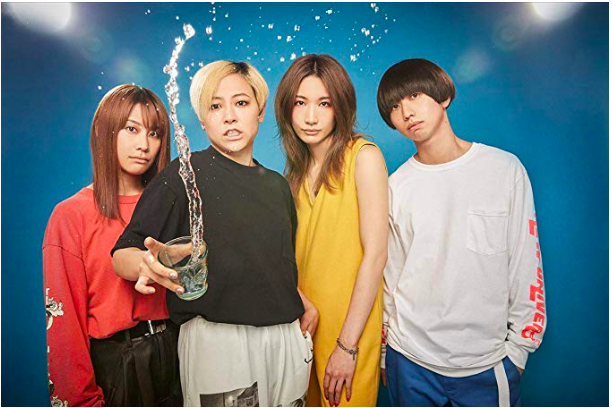 It is deeply strange to refer to a tricot song in 2019 as a “major label debut.” The Kyoto-born band has accomplished more than some acts signed to powerhouse music companies have done in, like, a decade of plugging away from their perch. The group has developed a strong following domestically and abroad, having toured internationally multiple times and landing plenty of positive press along the way. They’ve also released a bunch of singles, EPs, and albums already, so using the same terminology applied to legit rookies feels weird.

Yet, here we are! tricot have signed up with Avex sub-label cutting edge, and new single “Afureru” marks the first moment that the formerly independent outfit has put out music via a big-time company. Watch the sopping wet clip for the number below, and bask in how major label money allows them to get so much H20 into one video.

The good news here is that, despite signing with a major label, tricot maintain their math-rock-adjacent sound over the course of “Afureru.” No reason to switch up a winning formula just because the spotlight has gotten a little bigger, and the band’s newest release features crisscrossing guitar melodies and start-stop percussion that gives the song a slightly unpredictable edge without ever tipping over into chaos. Lead vocalist Ikumi “Ikkyu” Nakajima is also channeling her best abilities here, singing in a way where she feels close to tipping over but always holds something back, creating a welcome amount of tension reverberating throughout the number.

It’s very much in tricot’s usual zone, to the point where it almost feels a little too predictable at this point. Then again though, it’s important to focus on the “major label debut” part of this. While they’ve achieved a lot, odds are this will push them in front of new eyes and ears. The formula on “Afureru” might be familiar, but it has worked up to this point. Always lead with your best ideas.