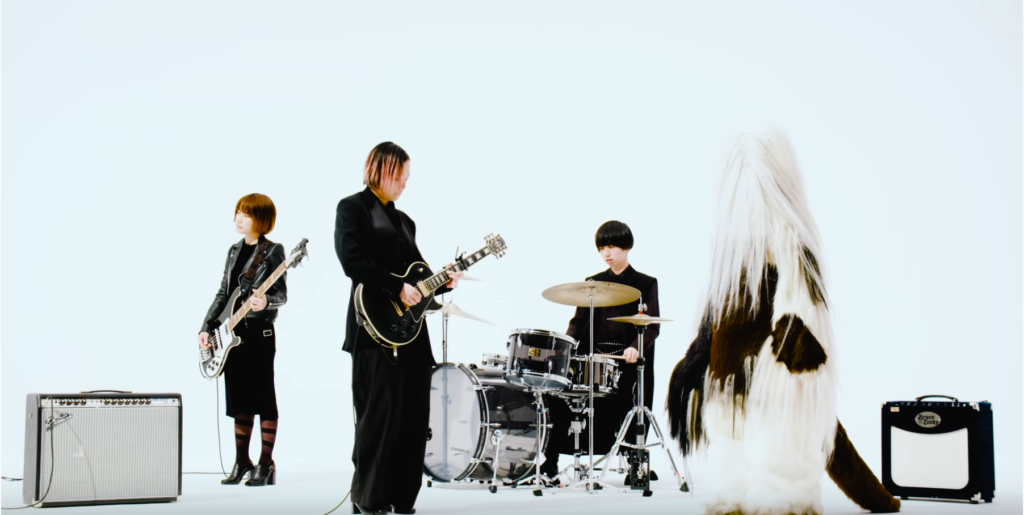 For years, tricot has been labeled as a math rock band. For those unfamiliar with ‘90s-centric rock genre tags, this refers to a style usually done without singing that puts the focus on the intricacy of playing, with lots of precise guitar playing and sudden twists. Just listen to this, you’ll get the idea. Anyway, the Kyoto group always landed that tag, and oftentimes their pinpoint songs certainly exist in the same territory. Thing is, they always had an emotional edge to their songs where it felt like all that order was always just seconds away from crumbling (listen to the vocals!!!). So tricot has always been more complicated than any word can capture.

This January, tricot will release their first major-label album. Up until now, they’ve been putting out music independently via their own imprint, but now is the time — perhaps spurred by the success of Genie High — to go a little bigger. The first preview of this full-length comes via “Masshiro,” which actually finds the band sounding like math rock. It’s not just an easy genre tag now. Watch the video below.

Special shout out to the video, which simply finds the band playing against a white background…while lead vocalist and guitarist Ikkyu Nakajima stands under a big pile of fur before dancing with it on. Nice twist!

Musically, there are no major frills here. It’s the band exchanging guitar melodies, letting them thread between one another while the drum nudges everything along. This is a short number, but within its brief runtime they create a fluttery feeling that seems like a set up for what’s to come later, while also introducing some start-stop action. It shows that while they have done so much, they really are capable of matching that genre they’ve long been associated with.