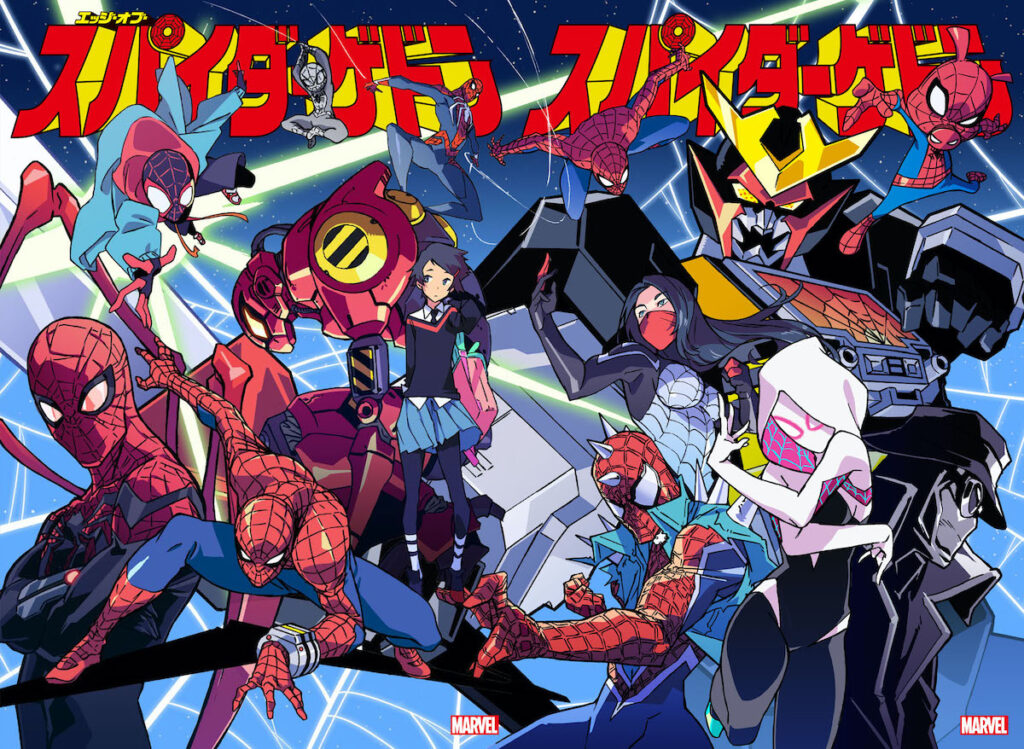 Studio Trigger animator Akira Amemiya has provided an exclusive rendering for the cover of the Spider-Geddon limited comic book series in Japan!

Recently, a number of Japanese animators and artists have lent their name and talents to Japanese releases of comic properties in an attempt to grab a wider Japanese audience who may be otherwise indifferent. The Japanese release of the Spider-Man: Into the Spiderverse movie on Blu-ray in Japan came with a special illustration from Yusuke Murata, the mangaka behind One Punch Man, while Yoshitaka Amano was one artist to provide an alternate cover for the New Harley Quinn comic. Now, as Spider-Geddon is brought to Japan in a compiled collection, Trigger animator Akira Anemiya has joined these creators in providing a special cover for the Japanese release of a comic.

The Spider-Geddon comics were a major series for fans of Spider-Man in all its iterations. Alongside Peter Parker and Miles Morales, iterations from across the history of the character and even the recent PlayStation game version have been brought together in one major story, culminating in the Spider-Geddon series. Compiled into two volumes which, when brought together, create one concurrent piece of art, Trigger animator Akira Amemiya has created a stunning piece of art showcasing these characters.

A special 3-book set including these and the not-to-be-sold-separately Spider-Geddon: Covert Ops will feature a cover by mecha designer Nonaka Tsuyoshi.

The art is stunning to witness and, whether you’re a fan of comics or you, like me, find the obtuse release order for many storylines that weave between named franchise overly confusing to the point of disinterest, these covers alone are arguably enough of a reason to invest in this series.

The Spider-Geddon comic compilations featuring this impressive art will be released on 19 March.