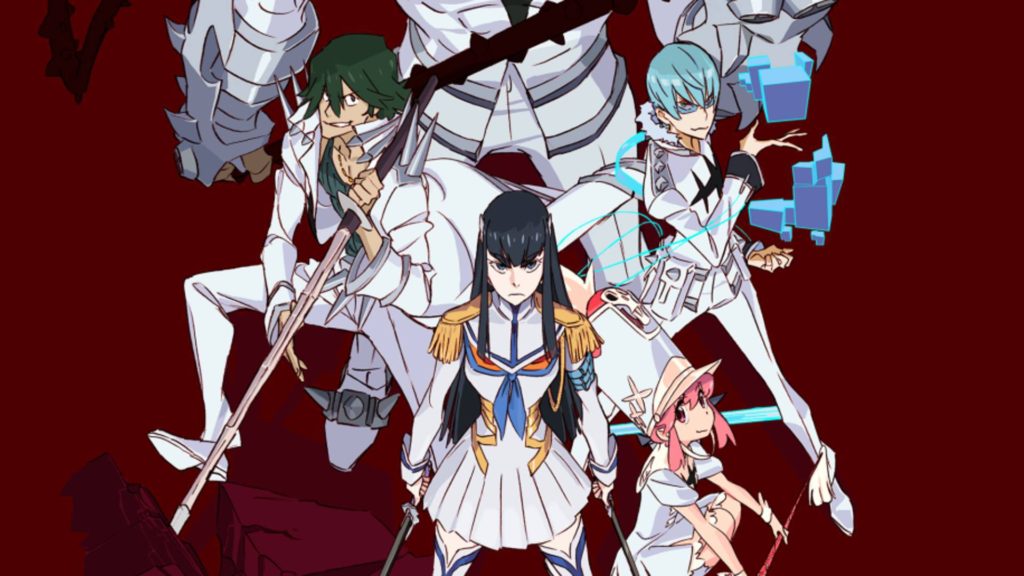 When it comes to things I never knew I needed, I’d probably say a fighting game based on Studio TRIGGER’s 2013 anime series Kill la Kill is one of those things. We’ve seen a few days of rumors and leaks, but following the most recent episode of DARLING in the FRANXX  it was finally confirmed, Studio TRIGGER is teaming up with Arc System Works to craft their latest video game venture, Kill la Kill the Game IF. But following that confirmation, that was about all we got. Let’s talk about that, however:

Announced via a brief commercial at the end of DARLING in the FRANXX most recent episode, Kill la Kill the Game IF is shrouded in a thin veil of mystery, outside of the fact it’s a fighting game, of course. The commercial didn’t do much in the way of a preview, either, mostly filled with clips from the original anime series and a brief announcement that the game would be coming out sometime in 2019. It won’t be until you visit the game’s official website that you start to see something from the game, either. Developed by the team at APLUS, the same individuals behind Little Witch Academia Chamber of Time which recently released in the West, the game is set to be published by Arc System Works. Listed as a 1-2 player “KLK Battle Action” title, it is yet to be revealed what platforms the game will be available on, and at what price.

While there’s most definitely a whole world of questions to be asked about just what we can expect from the upcoming fighting game, you can rest assured knowing that the staff of the game will be making an appearance at Anime Expo 2018. With that being said, you can definitely expect a few more details at the event. Until then, however, be sure to check out the game’s official website for further details, and we’ll be sure to keep you updated on any announcements.