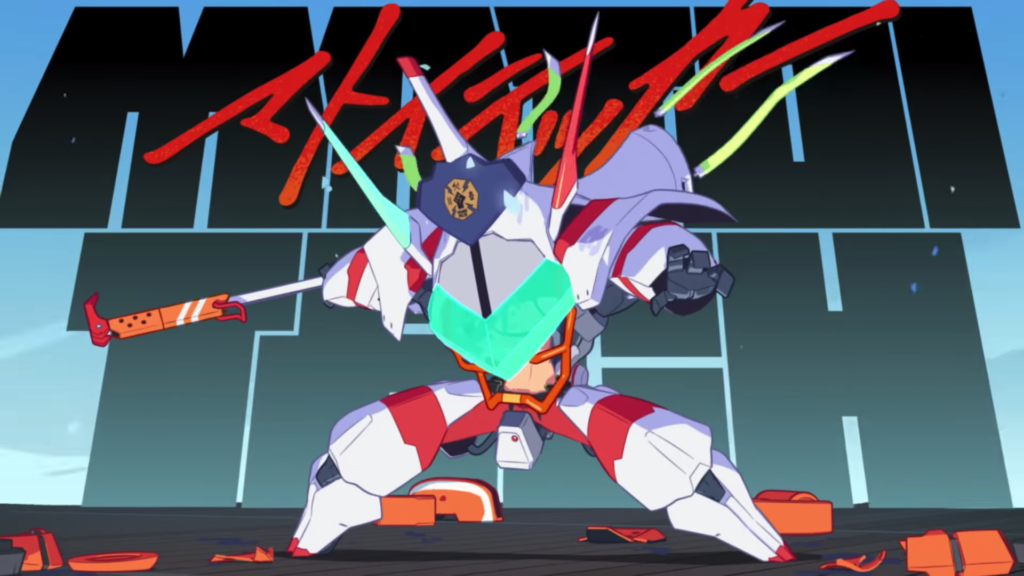 Studio TRIGGER’s Promare just received its most blood-pumping PV to date. Hitting Japanese cinema’s on May 24, the film marks Hiroyuki Imaishi and Kazuki Nakashima’s first feature as a duo. Character designer Shigeto Koyama’s work definitely got a chance to shine in this trailer, showcasing his immense talent and strong sense of aesthetics. Giving us a peak of some insane action shots, powerful transformation scenes, and several new vehicles, this trailer has us more hyped than ever for the film’s release.

Following antagonist Lio Fotia’s debut in the previous trailer, his character has really been on display this time around. We got to see him conjure up a fire sword to fight blue-haired protagonist Galo Thymos, parkour over some hectic terrain, blast fire out of his bare hands, and even transform into a dragon to raze the city. To say the least, he’s shaping up to be a fantastic antagonist. 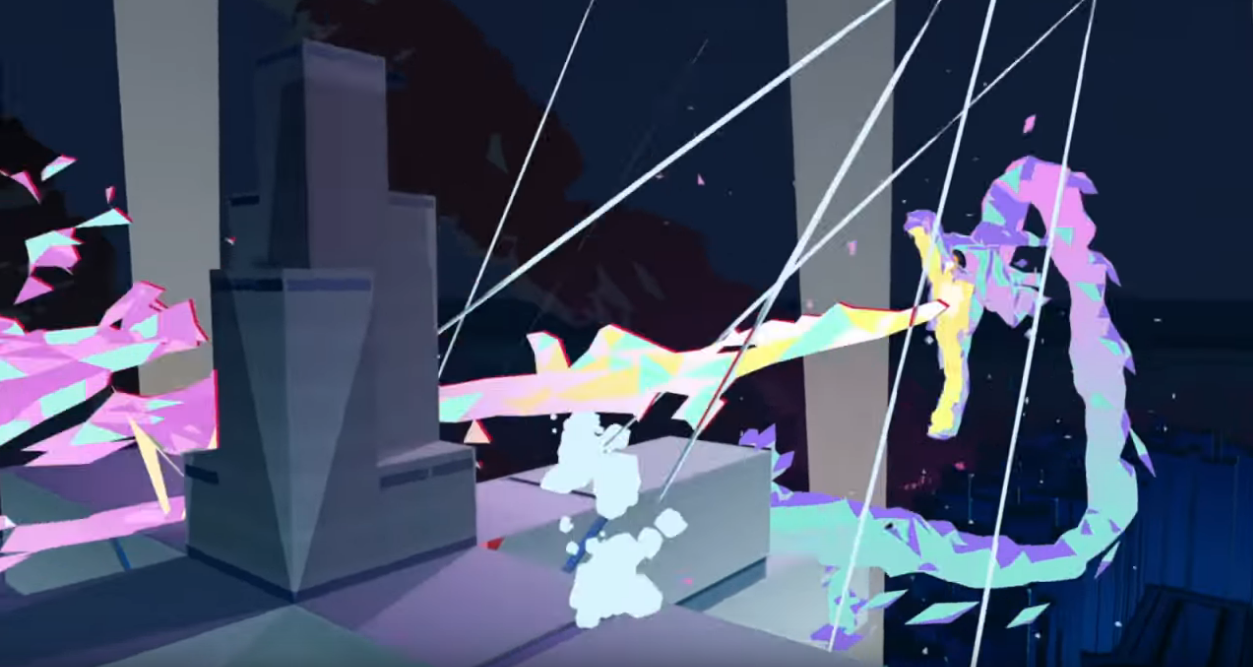 We also got the chance to lay eyes on the awesome Matoi Tech transformation sequence. With a couple of quick dynamic shots showing the mech build itself outwards, the sequence ended with the words “MATOI TECH” plastered in the backdrop. While the style remains fresh, this is definitely a much-wanted throwback to how over-the-top some of the Kill La Kill transformation sequences were.

The main crew, Lucia Fex, Ignis Ex, Varys Truss, and of course the pink haired Aina Ardebit, all had their moment to in this trailer, with each having an audible line of dialogue. It’s also quite possible that the heroic Kray Foresight might be a Burnish himself, hinted by what appears to be flame being conjured in his hand during a very brief shot. 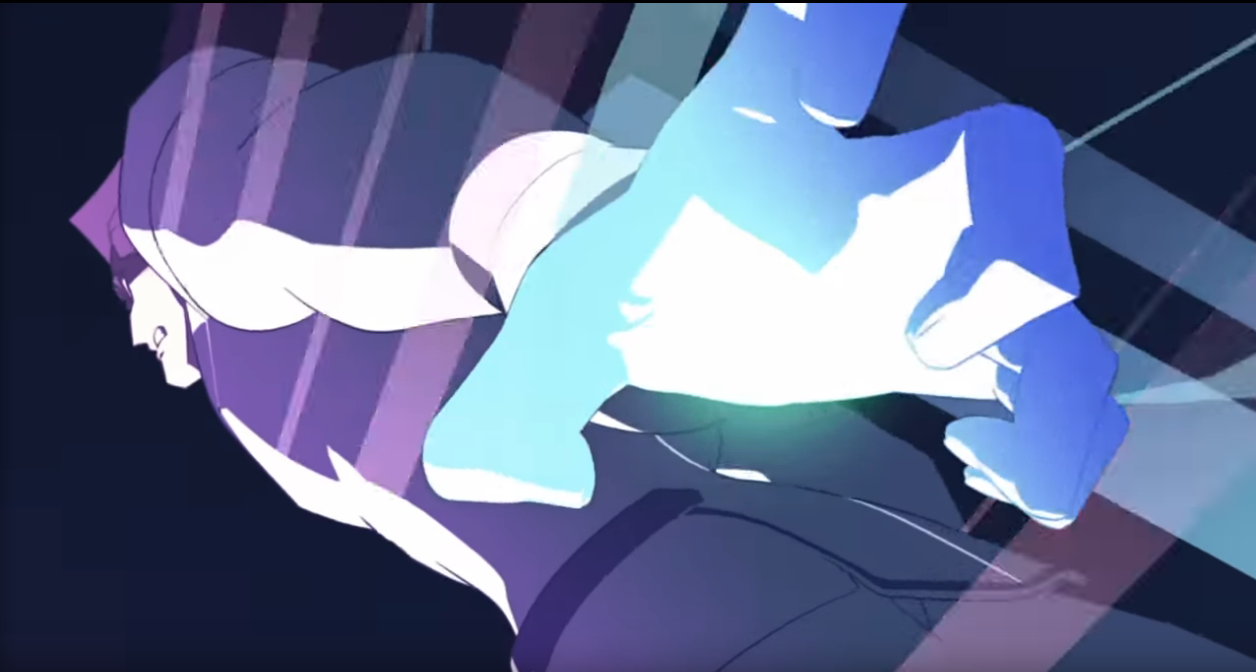 The Rescue FDP fire truck was also quite monstrous. Resembling a military vehicle styled after a fire truck, we’re finally getting a picture of how it is that the FDP fight off the Burnish mutants. 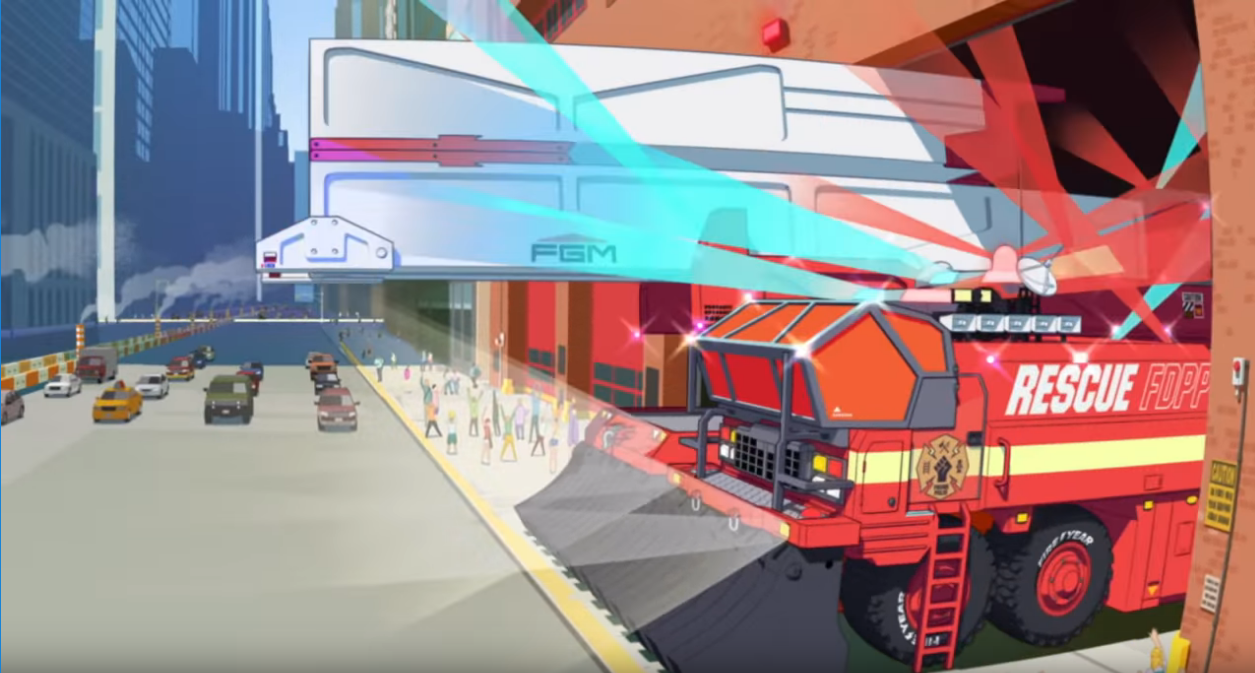 On top of all that, we got to hear the main theme for the movie, [覚醒] (Awakening) by Superfly. To say the least, based on what we’ve heard this track absolutely lives up to the hype surrounding the film. It will be interesting to see how it’s included in the film itself.

Those interested in checking out further information on Studio TRIGGER and XFLAG’s latest offering, be sure to visit Promare’s official website.