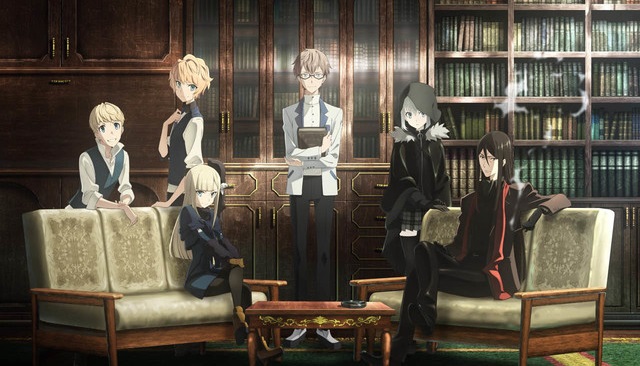 Many fans of the gargantuan Fate series saw in the new year by watching a massive three hour TV special dedicated to the series during this year’s New Year TV programming, which included a new Grand Order OVA as well as the surprise premiere of “episode zero” of TROYCA’s previously announced Fate project.

The upcoming project had already been announced last month, and just as many fans speculated from the teaser image unveiled at the time, the series has indeed turned out to be an adaptation of the ongoing light novel series Lord El-Melloi II Case Files. This series follows Fate/Zero’s Waver Velvet, now known as Lord El-Melloi II, ten years after the Fourth Holy Grail War as he solves mysteries in the world of magecraft and navigates the conspiracies of Clock Tower, the headquarters of the Mages’ Association.

The franchise’s international fanbase, which has grown significantly since the translation of the Grand Order mobile game into English, wasn’t left out of the fun either – Crunchyroll very quickly released episode zero on their streaming platform not long after it’s Japanese broadcast, meaning that you can check it out right now.

The broadcast of episode zero during the three hour New Year special came as a surprise to many fans, since the fact that TROYCA was working on a new Fate series only came to light recently, and since the series was announced to begin broadcast in July. As a result, the episode functions more like a prologue to the series as a whole rather than diving straight into the content of the Rail Zeppelin arc of the light novels, which the series will be adapting alongside anime-original content.

And as far as first impressions go, episode zero wasn’t such a bad one. It can be quite heavy handed with exposition at times, as it tries to quickly get viewers up to speed on the events of Fate/Zero and Waver’s involvement in them, but I found myself relishing the atmosphere and mood that TROYCA has created in Clock Tower as this exposition was delivered. I can only hope that now that the exposition is out of the way, TROYCA can begin to focus on more of the good stuff.

It remains to be seen, however, if Lord El-Melloi II Case Files can kick the franchise as a whole back into gear in light of the disappointing adaptations we received recently. The series begins broadcast popular this July.