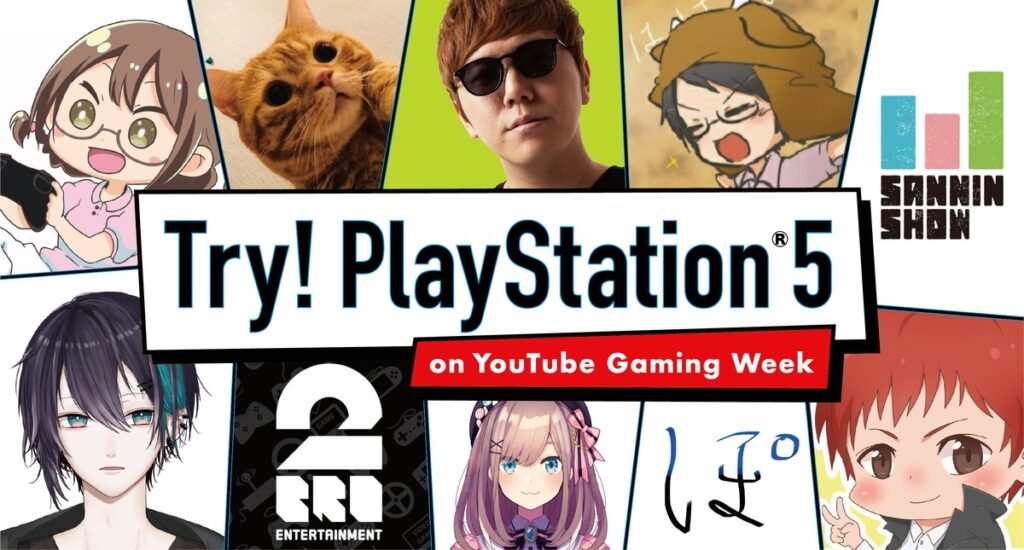 As the release of the PS5 draws ever-closer, we’re still rather in the dark about what the experience of playing the console is going to be like. We’ve only had a base minimum look at the UI of the system, and we’ve seen only vertical slices without live gameplay demos of all launch titles that mean we know little about what many of the launch titles will be like to play upon the console’s release. Then again, considering how hard it is to get one, that may not be a bad thing. Hopefully, October 4th could be the date to answer some of the questions surrounding the PlayStation 5, as a number of Japanese YouTubers and VTubers try their hand at the console for YouTube Gaming Week.

‘Try PlayStation 5 On YouTube Gaming Week’ is a special Japan-only YouTube Gaming event with a focus on Tokyo Game Show and its aftermath that attempts to promote gaming channels and gaming content on the service. Over the course of 12 days, over 100 channels will be uploading and sharing gaming content in collaboration with YouTube, and some of these videos will be used to showcase the PS5 in action for the first time.

Alongside two popular VTubers from Nijisanji in Kai Mayuzumi and Suzuhara Lulu, a number of major Japanese gaming YouTube channels will get their first experiences with the PS5 such as Hikakin and Seikin.

All videos from these YouTube Channels as part of the ‘Try PlayStation 5 On YouTube Gaming Week’ event will be uploaded at 6pm Japan time on October 4th, the final day of the 12-day event. Who knows, we may get a better indication on what to expect from the PS5 system before this date, but this is a confirmation that we should find out more about the systems by October 4th at the latest (and be entertained in the process!).