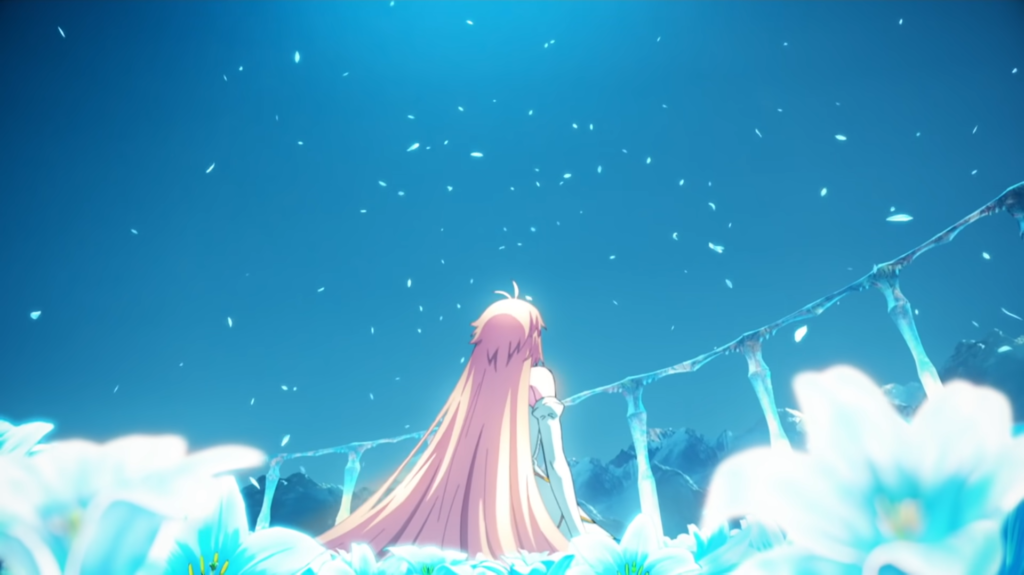 At long last, we have a concrete release date for the Tsukihime visual novel remake: 26 August, towards the end of the ‘Summer 2021’ window announced in the first trailer. What has sparked conversation, however, is the fact that the game will ship with only some of the original routes.

The original Tsukihime game (released in 2000) contained five routes, each focused on one of five different heroines: Arcueid, Ciel, Akiha, Hisui, and Kohaku. These can then be further grouped into two different types of routes: the ‘Near-side’ routes and the ‘Far-side’ routes. The remake (titled Tsukihime -A piece of blue glass moon-), will only contain the first two ‘Near-side’ routes, meaning Arcueid and Ciel’s.

TYPE-MOON founder and original creator Kinoko Nasu explained a little bit as to why this change was made in an interview with Type-Moon Ace, translated on the Tsukihime subreddit by u/ComunCoutinho. He says that:

‘The [original] 5 routes were lacking in volume, but I thought being able to release all routes at once was satisfactory enough. But in these 20 years making large-scale games like Fate/stay Night and Fate/Grand Order (shortened as FGO), I changed my way of thinking. Now I want to make every single heroine route the best it can be, making each into something that could be its own game.’

As a result, the amount of changes made to the original game for the Tsukihime remake are quite extensive: not limited to just updating the setting and some of the characters, but also extending the dialogue and the number of bad endings. The remake will take you ‘about 45 hours’ to complete, provided that you don’t skip anything.

The changes made to the original game are therefore tied to Nasu’s own experiences and evolution as a creator, but it still does feel like a bit of a kick in the teeth to wait so long for the Tsukihime remake and only get half of it. There’s no word, either, on when we might get the Far-side routes, or in what capacity… Will they be a free update? DLC? An entirely new game? One can’t help but see in here the encroaching influence of Final Fantasy VII Remake, which succeeded despite also only adapting part of the original game.

Tsukihime -A piece of blue glass moon- will launch 26 August for PlayStation 4 and Nintendo Switch.