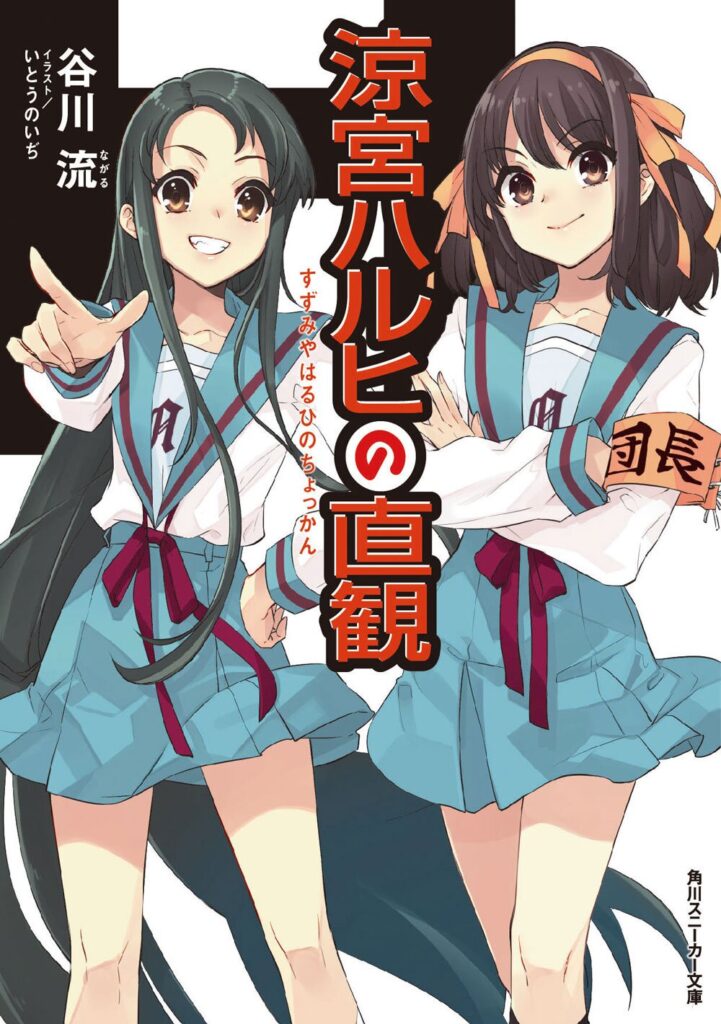 Listen up, SOS Brigade members, we have some good news for you!

First of all, fan-favorite Tsuruya will share the cover of the 12th Haruhi Suzumiya novel. On Friday, the official Haruhi Twitter account posted the cover for the new book by Nagaru Tanigawa, titled The Intuition of Haruhi Suzumiya.

The cover is by Noizi Ito, the usual illustrator for Haruhi artwork.

Secondly, Yen Press will publish a digital English-language translation of the novel.  This will happen at the same time as the print publication of the light novel in Japan on Nov. 25.

If you want an English-language print copy, you’ll have to wait a bit longer. Yen Press hasn’t mentioned a date for that yet. 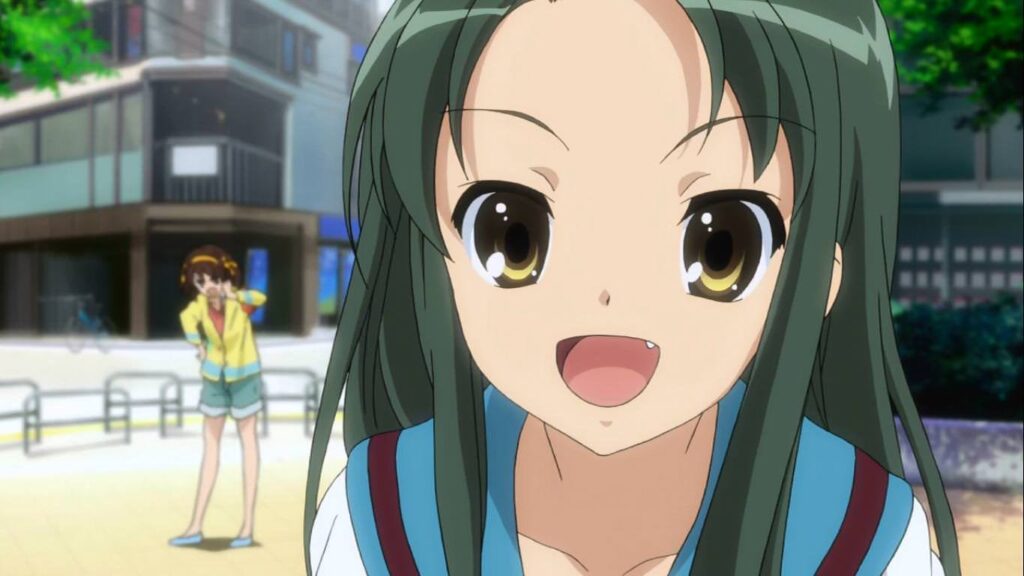 So, why is hyperactive, green-haired Fang-tan on the cover alongside Haruhi? (Other than her just being a great choice, that is?)

Well, as we mentioned in our story last month, the new novel will feature three short stories. Two of them were previously published, but the third is brand new. The third story is titled Tsuruya-san no Chousen or Tsuruya-san’s Challenge.

According to reports, the new story features Tsuruya, who emails a challenging question to the SOS Brigade.

So, that explains why Tsuruya is on the cover.

The other two stories will be Atezuppo Numbers, otherwise known as Random Numbers; and Seven Wonders Overtime.

Random Numbers involves a New Year’s shrine visit, and random numbers from Koizumi. It seems that Haruhi, Mikuru, and Yuki all wear kimonos borrowed from Tsuruya. (There she is again.)

Seven Wonders Overtime is a cute story about the SOS Brigade trying to find the “seven wonders” or seven supernatural mysteries of North High School.

Kyon and Koizumi spend a lot of time trying to imagine suitable mysteries that would satisfy Haruhi without triggering her godlike powers.

If you want to read the previous Haruhi light novels, Yen Press has published all of them.