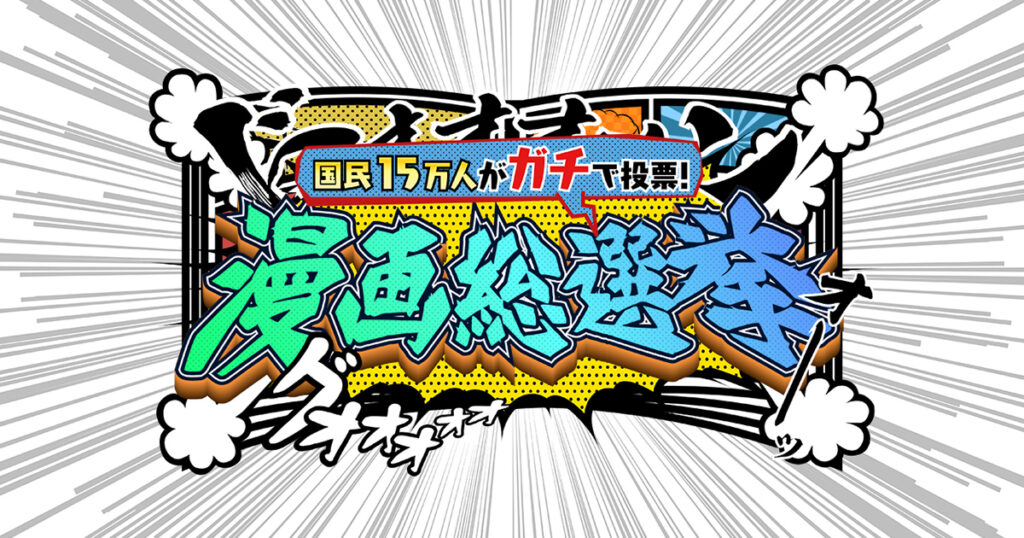 When TV Asahi first announced that they would be holding a ‘Manga General Election’ late last year, I don’t think I was alone in presuming that Demon Slayer: Kimetsu no Yaiba would come out on top.

After all, Koyoharu Gotouge’s series has dominated every single other awards or rankings list this year, and these types of public votes tend to be influenced by recency bias. Nevertheless, I was pleasantly surprised to wake up on Sunday to find out that that wasn’t the case: instead, the results for TV Asahi’s Manga General Election are much more reasonable. You can check out the top 10 below:

It’s worth noting at this point that the number of points listed isn’t necessarily equivalent to the number of votes, but instead calculated by some formula that wasn’t made clear during the livestream. Still, over 150,000 people took part in the TV Asahi Manga General Election since voting opened in October, so it’s quite a sizable sample size.

To see One Piece overcome Kimetsu no Yaiba shouldn’t be too surprising given its massive popularity, but Koyoharu Gotouge’s series has eclipsed Eiichiro Oda’s in terms of sales figures this year. That just goes to show, however, that over twenty years of serialization does have an effect on galvanizing popular support.

Titles from Weekly Shonen Jump are, in general, very strongly represented in the results of TV Asahi’s Manga General Election. Again, that shouldn’t come as too much of a surprise given that it is the biggest manga magazine in the world, but the scope of its dominance is striking: only three titles in the top ten weren’t serialized in Jump (Conan, Attack on Titan, Fullmetal Alchemist) and the magazine’s historic rival, Weekly Shonen Magazine, doesn’t even get a look-in until number 29 with Ashita no Joe (Titan is serialized in Bessatsu Shonen Magazine).