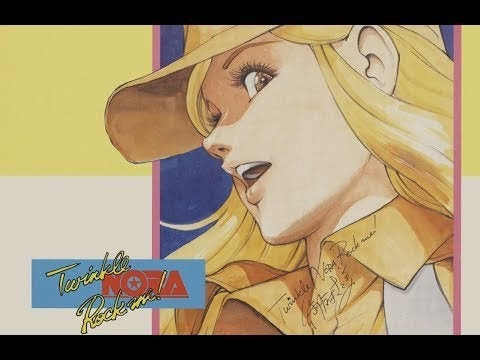 Typically when researching new anime to write about, the first search results I get are positive reviews and extensive wikis. It makes sense. The only people who would spend that kind of time writing about an anime are people who love it.

Twinkle Nora Rock Me is different. Although it’s difficult to find contemporary reviews, since it first aired in November 1985, the first search result is a YouTube video that has “Mistakes Were Made” emblazoned on the thumbnail. On MyAnimeList.net, almost a thousand votes have given it a rating of 3.4 out of 10 stars. This is an infamously bad show.

But if you’re anything like me and you enjoy a solid so-bad-it’s-good anime, then read on to find out everything you need to know now about Twinkle Nora Rock Me!

What Is Twinkle Nora Rock Me About?

Nora, the titular character of Twinkle Nora Rock Me, is a bounty hunter. Fresh off of ending a hostage situation at a spaceport (where spaceplanes dock and launch), the Galaxy Police hire her to go to a planet called Dazzle and capture Fuchuro, a notorious bounty.

It’s worth noting that the Galaxy Police chooses to hire her for the job because she has ESP powers. Fuchuro is known for his own ESP ability, along with being the head of a planet of crooks next to his brother, Tochino.

Nora heads to Dazzle and befriends Max, a local dwarf. Together they start a rock band in one of the planet’s caves. Eventually, he agrees to take her to Fuchuro.

Nora and Fuchuro fight with their psionic powers, and it’s revealed that in addition to ESP, Nora also has the powers of telekinesis, time travel, and even time stop.

Nora’s superior powers allow her to prevail over Fuchuro, and she hands him over to the Galaxy Police. Once he is safely in their care, to close out the OVA, Nora and Max put on a show as the rock band they had formed earlier for the people of Dazzle.

Who Are The Characters In Twinkle Nora Rock Me? 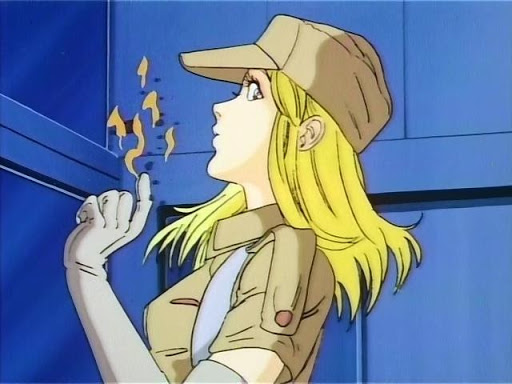 Is Twinkle Nora Rock Me Adapted From Something?

Twinkle Nora Rock Me comes from a 1980 manga called Nora no Hakobune by Satomi Mikuriya.

The story in animation was originally started in the first OVA, simply called Nora, which came out earlier in 1985 and is about an hour in length. It finishes here in Twinkle Nora Rock Me, which runs almost 30 minutes.

Is Twinkle Nora Rock Me Really That Bad?

The biggest problems watchers tend to find with Twinkle Nora Rock Me boil down to two things: the writing and the animation.

The animation is the most immediately egregious flaw in this particular episode. The first two minutes have the worst animation since they only have keyframes, with nothing in between. That means that watching it is more like watching a storyboard flip past than watching actual movement.

Although there are no articles from reputable sources to confirm it, the story floats around fandom wiki comment sections that, partway through making Twinkle Nora Rock Me, all of the animators were fired.

Additionally, the writing is known for its nonsensical turns. Evil characters hurt people for no reason other than “it’s fun.” No reviewer can seem to figure out Max’s purpose as a character in this story, or why he and Nora perform a concert at the end of the show.

But worst of all, from a writing perspective, Nora’s superpowers go completely unexplained. Even though she has ESP in the previous OVA and the manga, her telekinesis and time-altering abilities come out of nowhere and are never discussed again.

Where Can I Watch Twinkle Nora Rock Me?

Technically, legally, Twinkle Nora Rock Me was only ever released on video disc in Japan in 1985 and then dubbed into Russian for viewing in the Soviet Union.

That being said, the truly dedicated anime watcher can find fan-subbed versions of it on YouTube, although the legality of those videos streaming there is questionable.