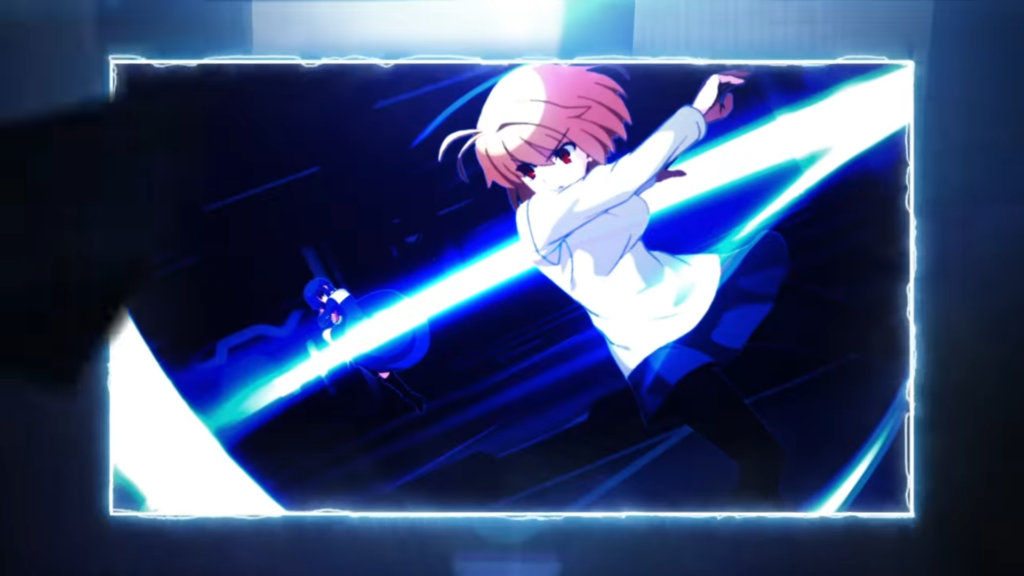 A vampire named Arcuied Brunestud bit me when I was but a young teen, watching the anime adaptation of Tsukihime that’s now universally despised by TYPE-MOON fans. I’ve not been able to stop thinking about her since. When an English release of the cult-classic fighting game Melty Blood, a pseudo-sequel to Tsukihime, finally materialized for a steam-only release in 2016, I was beside myself.

While I could never ‘get good’ enough to compete with anyone or appreciate the need for ‘rollback netcode’, that didn’t prevent me from deeply appreciating its lore, its aesthetics, and its diverse cast of goth TYPE-MOON freaks. Nearly 20 years post its initial Japanese release, we’re finally getting a sequel in Type Lumina.

Love to see a fighting game trailer launch into a string of nonsensical but very poetic strings of English like ‘even if you think you know the world, lunacy lurks there’. To me, these beautiful sentences are all I need to know that Melty Blood: Type Lumina will be an authentic Melty Blood experience. Well, that and the fact that the original doujin game’s developers French Bread are returning to bring this unexpected sequel to life.

The game’s cast has been whittled down to only those characters who’ll appear in the Tsukihime remake, but in the age of DLC we bet to see old favorites (Sion) return soon.

We got to see a collection of screenshots in the game’s initial announcement last week, but seeing Melty Blood: Type Lumina in motion whets the appetite something fierce. I’d thought I’d be throwing my all into the equally tantalizing Guilty Gear -Strive- but being a 2d pixel-art preferer when it comes to fighters, new Melty Blood not taking the CG route appeals to my soul. The game’s fast pace looks to be here as well as those sharpened edge aesthetics I’ve spent this whole article crooning about.