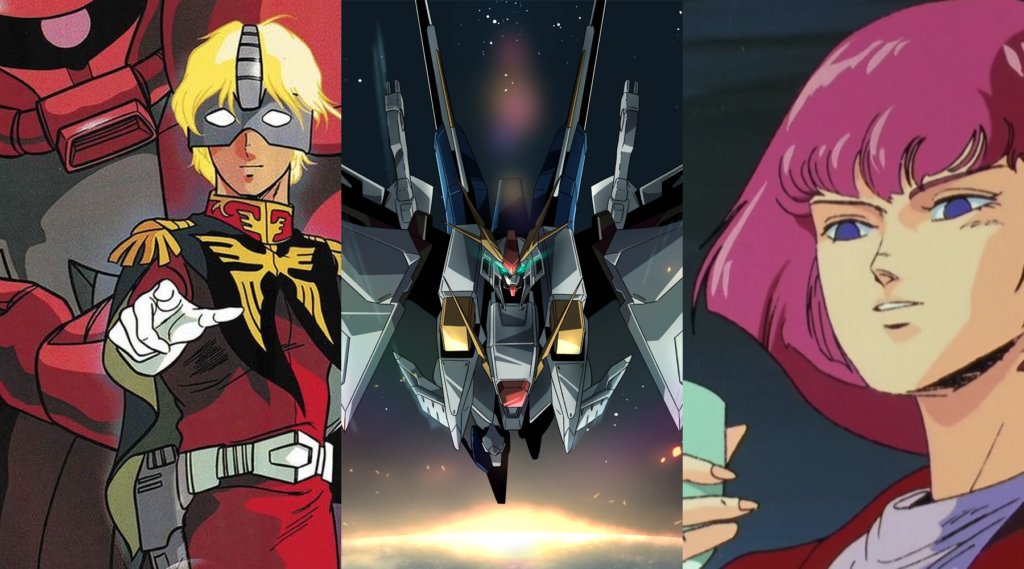 Mobile Suit Gundam Hathaway came to Netflix just weeks after its long-delayed premiered in Japanese theaters and marked an unprecedented and welcomed move by the world’s greatest Real Robot franchise. Hathaway marks the latest installments of Gundam’s ‘Universal Century’ timeline, which series creator Yoshiyuki Tomino conceived and introduced to the world back in 1979.

That it still continues getting updated to this day stands as a testament to its own significance both within anime and science-fiction as a whole.

Classic titles many westerners grew up with like Wing and G Gundam are altogether separate from the hallowed UC Timeline, but that gives us all the more reason to further clarify it those who watched Gundam Wing on Toonami growing up and who promptly forgot about the series until Netflix hammered it into their faces this past week.

Plus, this simple watch order guide to Universal Century Gundam will serve those who are curious but have bought into the propaganda that UC Gundam is the only real Gundam.

You could watch UC Gundam in its chronological order, but we wouldn’t recommend it. Not only were these series made at different times, making the jump from old to new back to old animation jarring, some of chronologically earlier but produced-later efforts are better enjoyed having a fuller context.

Going in production order is a totally valid way for those accustomed to 70s and 80s animation to experience the main series timeline, but those who aren’t need to be hooked before committing to glorious 1979.

We promise fans both young and old, fresh or experienced, that once you allow Tomino’s anti-war sci-fi melodrama to wash over you, not even the most-dated of animation frames will deter you from clearing the entire Gundam Meta.

1. Start With One or Two of the UC Gundam Treats to Ease Yourself in.

If you’ve watched some of the alternate universe Gundam shows or have some previous UC Gundam experience, this first step is somewhat optional. Don’t get us wrong, you absolutely have to partake in Gundam 0080, 08th MS Team, and Gundam Thunderbolt at some point in your life as they are arguably the best-condensed doses of anime the franchise has to offer.

However, these Universal Century side-stories are all short and of little consequence to the main story. That’s exactly why, for someone with little to no Gundam history, we recommend starting one of these shorter masterpieces to give them a quick but enthralling introduction to the series.

You do absolutely have to go in chronological order with these four, but we strongly recommend for the original Mobile Suit Gundam series to go the compilation movie route over the original TV cut, as it’ll save you time and is considered canon. We can’t say the same for the Zeta Movies.

3. Filling in the UC Gundam Gaps

You’ve finished Char’s Counterattack, bringing Amuro and Char’s story to a close, but not the Universal Century canon. From here on though, most of these entries until Unicorn are standalone and can be watched in any order.

F91 features great animation and Victory Gundam was Tomino doing his thing one last time, until he’d do it again years later. Stardust Memory takes place between the original show and Zeta, but is best enjoyed after watching both shows.

We suppose Hathaway would fall into this category for now, but if a full trilogy actually manifests, it could be considered its own sub-category.

When Unicorn stumbled onto the scene back in 2010, the Universal Century hadn’t been properly updated in nearly 20 years. Long-time franchise fans were hungry for a return to basics after myriad alternate universe entries deviated far enough from the series’ origins.

Populated with characters with proper Tomino-like names such as Banagher Links and Full Frontal, and circling around ‘Laplace’s Box’ while furthering the Newtype sub-mythos, Unicorn became a flagship subseries for the Universal Century.

After the OVA run finished up in 2016, a direct sequel would drop a few years later in the form of Mobile Suit Gundam Narrative.

Outside of what you’ll find on our UC chronological list, you have a few other outliers connected to the main timeline but aren’t directly part of its evolving narrative. The two series that first come to mind are 1999’s Turn A Gundam and 2014 Gundam Reconguista In G, both envisioned and directed by the franchise’s original creator Yoshiyuki Tomino.

They’re both considered the far future of the Universal Century but far enough that they’re essentially in their own canons, and we particularly recommend the former show as it’s the director’s artistic magnum opus.

A supposedly in-canon movie is coming, courtesy Netflix, but you could hunt down the previous made for TV-movie G-Savior which canonically takes place in UC 0223.