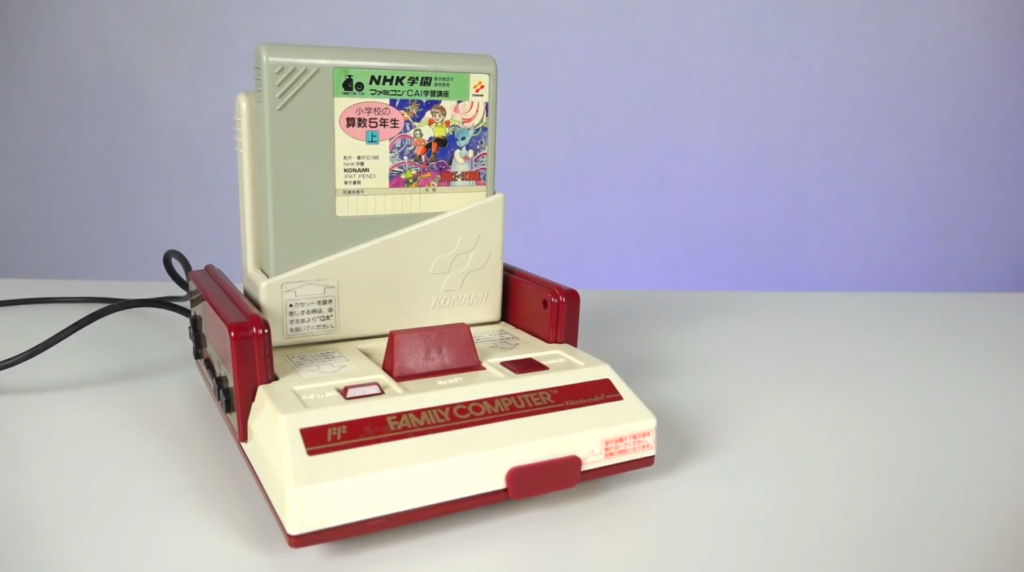 Let’s be honest here. If I were to tell you that I wanted to talk about Famicom-era edutainment games released exclusively in Japan, I don’t think I could even finish saying their names before you would begin to fall asleep in your chair. I would have the exact same reaction most of the time as well, except for the fact that these are rather special games. Let me talk to you about a series of incredibly rare Konami-developed educational games for the Famicom, so rare that not a single dump of the original titles or their music was available online until right now, and let me convince you that this news is actually really cool (well, as cool as news about old educational games can be, that is).

Space School, as it was known, was a series of educational games developed for the Famicom exclusively in Japan by Konami and are easily some of the rarest games ever to be released for the system. There’s a few different reasons for this, and these reasons also contribute to the reasons why these games were never uploaded to the internet before now. You see, these Konami educational games were made in collaboration with Japanese television broadcaster NHK and were never made available to the public via general sale, having only ever been sold directly to educators who wanted to implement them int their teaching in schools. On top of this rarity being created by the ways in which the games were sold (there were seven in total), these games were actually incompatible with a traditional Famicom, instead requiring a special adapter known as a QTa in order to allow these games to be played. The rarity of these Japan-only releases, alongside the hoops you needed to jump through in order to play them, relegated these games to the annals of history, until a YouTuber under the name ‘Russian Geek’ was able to obtain a game and the adapter for them, allowing the games to be documented for the first time.

The story doesn’t end there, however. In order to dump the files from the cartridge and make them accessible, there was a need to reverse engineer the adapter used to play these games to allow them to be ripped from the cartridge, something that had never been done before because of how rare it is. With the help of a hacker who also had their own copies of games from the series, they were able to document the adapter and 4 of the 7 games in the Konami Space School Famicom educational series for the very first time. Not only that, this work also allowed for some unmistakably brilliant Famicom-era Konami music that was basically unheard of before now to become available online for the very first time.

Have I convinced you these games are worth caring about? Sure, they’re educational games, old ones at that, but they are also some of the rarest games ever made for the Famicom, with unique hardware, and making them available and playable required massive amounts of reverse engineering to make it possible. The work is invaluable preservation work for the industry, as the games would otherwise be forever forgotten without the work that has gone into this release here.

I highly recommend you check the YouTube video created by the Russian Geek regarding these games. Sure, they’re only educational games, even if they are by Konami, but the whole video is a fascinating watch regardless of your interest in the games themselves, as it showcases the impressive work that went into preserving these important parts of gaming history and that went into documenting this forgotten Famicom peripheral, ensuring they would not be lost to time.

And I’m so glad that they did.