From Rubber Suits to 3DCG Anime on Netflix: This is Ultraman 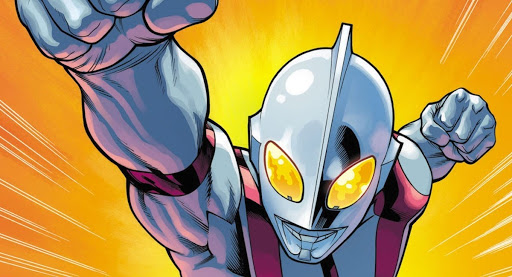 If you’ve clicked on this thinking that it’s related to the DC villain, I hate to break your heart but that’s not the character we’re talking about (although fun fact: he is a couple of years older). This is an article about Ultraman, the titular superhero who protects the earth from giant monsters! Although not as popular in the West, Ultraman and the Ultra series are very famous in Asia and are considered to have made a large impact on their pop culture.

And it’s had plenty of time to make that impact of course. The Ultra series has been around for 54 years to be exact. Understanding or jumping into the series thankfully isn’t as daunting as it sounds though.

Making Monster Movies Into A TV Series With Ultra Q

Ultraman first debuted in the titular Ultraman television series in 1966. This series wasn’t the first entry in what would later be called the Ultra Series, however. Just earlier in that same year ran a show called Ultra Q, a unique weekly tokusatsu/kaiju series that was produced in black and white.

Tokusatsu is a genre/term for live-action Japanese films/dramas that make heavy use of special effects. Although some effects used in early Japanese theater could qualify as Tokusatsu, the term became well-known after the film Godzilla in 1954. Beyond the powerful message that the film spread across, it also kickstarted the Tokusatsu and Kaiju (giant monster) genres.

Ultra Q was a series aimed at bringing this style to viewers at home with weekly episodes of different monsters. The Twilight Zone formatted show was produced by Eiji Tsuburaya and his Tsuburaya Productions studio. He was famous for being the same special effects director from Godzilla and later Kaiju films (some props of which would be used in the series).

While the show was a success and other entries would come out under the Ultra Q series in the year to come, Tsuburaya would be asked to come up with a new show. Not only was a new show needed, but one that was in color as well. To make best use of what he had, Tsuburaya decided to form something new with unused ideas from Ultra Q.

The First Ultraman Series and How Each Series Is Connected

Tsuburaya would come up with Ultraman, a series in which alien kaiju invade the Earth. When the Earth’s Science Patrol fails to stop them, they’re saved when one of their members is given the power to transform into Ultraman, a large alien warrior capable of fighting the kaiju at their own level.

The premise, use of color, and quality of special effects (new suits, along with reused/modified ones from Ultra Q) made it an instant hit. Since then the show has generated billions, ventured into comics, novels, video games, and had so many spin-offs that it received an award in 2013 for having the most spin-off shows at 27.

To answer the question that you now probably have: no, you don’t have to watch every series if you’re looking to get into it. Each series follows an entirely different Ultra Warrior. Some will have callbacks to previous heroes or monsters, and a few may have more direct relations, but many are pretty self-contained. 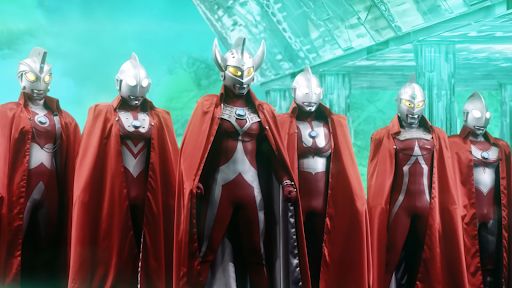 There are loose connections that each series has though. First of which is the common theme of nearly every Ultraman series involving an Ultra merging with a human and lending them its power. Their designs are each a little different but almost all of them have color timers on their chest, which measures their level of energy and essentially lets the audience know how they’re faring in the fights.

Another connection is the concept of “The Multiverse”. As you might expect if you’ve seen any other media with multiverses, it’s a plot device that allows each Ultraman series to co-exist. While some series are directly related to each other or serve as sequels, some are considered in an entirely different universe.

The Multiverse allows them all to exist and is always a good way to bring back other Ultraman characters into a series. What’s more hype than seeing the hero from an older series come in for an episode or two (or most of the season) to help the current hero deal with a powerful foe?

This narrative is commonly seen in some of the movies, but fun stuff like this occurs in some of the series as well. It’s not a major plot device for each and every show, but it helps to know anyway.

Watching the Originals and Recent Entries Like Orb and Geed

If you’re interested in checking the series out, I’m providing a list below. This list isn’t going to include everything since not every entry is available to stream. Many of the older ones including the original Ultraman show are available on Amazon Prime Video, while more recent ones are on Crunchyroll (recent within a few years as last year’s Ultraman Taiga is not available). The series that land in the middle, including fan-favorite Ultraman Tiga, do not have any streaming options at the moment.

Ultraseven – The sequel series to Ultraman (1966) and the initially planned ending for the series (so much for that). It would be considered a separate series from Ultraman (1966) until the subsequent series establishes a connection. It’s available to purchase and watch on Amazon Prime Video.

Ultraman Cosmos – Beginning in 2001 and lasting for 65 episodes, the series was made for the 35th anniversary. It follows a much more passive hero who heals and defeats enemies non-violently. It’s available to stream on Amazon Prime Video if you have a subscription with Toku.

Ultraman Nexus – In contrast to Ultraman Cosmos, Ultraman Nexus would follow a more mature theme and be aimed towards adults. Unfortunately, it would still air in the regular morning time slot and receive low ratings. This mature series is available to watch on Amazon Prime Video with a subscription to Toku.

Ultraman Orb – The 28th entry in the Ultra Series celebrates the 50th anniversary with a hero that borrows the abilities of previous Ultra warriors aside from his own arsenal of moves. The popular series is available to stream on Crunchyroll.

Ultraman Zero: The Chronicle – A compilation series that uses footage from previous movies and series that involve the popular hero Ultraman Zero and his nemesis, Ultraman Belial. It’s available to stream on Amazon Prime Video if you have a subscription with Toku.

Ultraman Geed – The 29th entry in the Ultra Series follows the titular character as he seeks to understand his past, as well as his connection to the villainous Ultraman Belial. It’s available to stream on Crunchyroll. 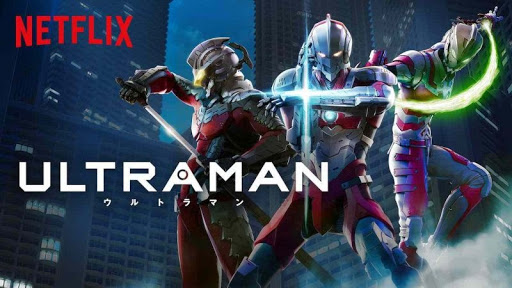 In 2011, a manga sequel to the original series began that followed the son of the original’s protagonist. It abandons the large kaiju monsters for smaller-scale fights, while the focus on the protagonist’s suit makes it hard to not compare it to Marvel’s Iron Man.

The manga’s popularity led to a 3DCG anime adaption in 2019 that was released by Netflix. Its focus on being a sequel to the original and avoiding the multiverse that was created with each entry (although it does take inspiration for characters and monsters from all over the Ultra Series) makes it an easy starting point for any newcomers and a unique take for fans.

As is common, the series would see some criticism for its usage of 3DCG. Although I’ve watched my share of anime that focuses on 3DCG, even I have to admit that some scenes felt a bit jarring with the animation. The inconsistency of it reminded me when I’m playing a video game that’s just a bit too much for my PC to handle and the framerate drops from a smooth 60fps to a janky 20fps.

Fortunately, the animation felt great in most of the fight scenes and the story had me wanting to watch more. It still managed to enthrall me enough that the animation jank wasn’t as noticeable after a couple of episodes. Season two of the anime has already been announced by Netflix and the manga is on-going as well.

Although not nearly as recent, the most unique upcoming entry for the series might still be the film Shin Ultraman, with Hideaki Anno and Shinji Higuchi (who previously worked on Shin Godzilla, together, among other projects) behind it. The overwhelming response to Shin Godzilla has led to a lot of hype for the project. It’s slated for release in 2021.

The future of Ultraman is as bright as it’s ever been, and thanks to the new anime by Netflix and simulcast by Crunchyroll, the series is finally getting the attention it deserves from the West. At the very least it will from me!