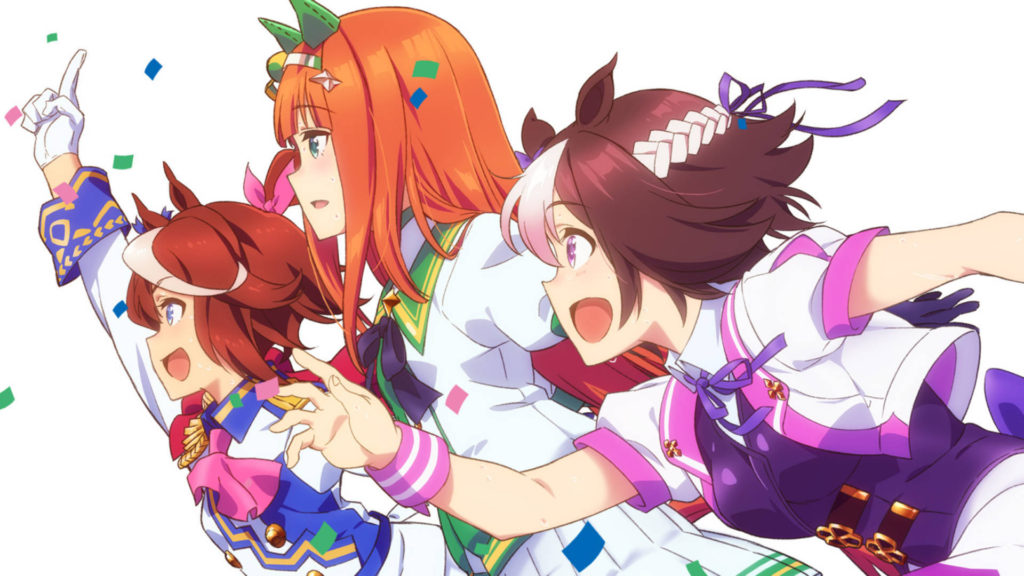 Announced via the official Uma Musume: Pretty Derby social media accounts earlier today, the upcoming anime series will begin broadcast in Japan on April 1, 2018. The show is scheduled to air weekly on Sunday night and will follow the stories of a group of anthropomorphic horse girls as they pursue their dreams of becoming idols. Originally released as a single-episode ONA in 2016 to promote an upcoming mobile game of the same name, it appears the game would then take an additional two years to release, helping build the case for this anime to exist.

The series is being handled by P.A. Works and is part of collaborative efforts from major industry players Cygames, TOHO animation, and Lantis. Directed by Kei Oikawa (Outbreak Company), and featuring scriptwriting from both Akihiko Ishihara and Pierre Sugiura (Touken Ranbu: Hanamaru), the series is set to be, well, something else. You can check out the PV for the upcoming anime below:

There’s been some pretty big splashes made by Japanese mobile developer Cygames, inc. in the anime industry over the past year, producing some seriously big-name content such as Blade Runner Black Out 2022 and Granblue Fantasy The Animation, not to mention the mammoth Made in Abyss and Yuri!!! on ICE. Generally speaking, they’re some of the better taste-makers in the industry, which is why the concept of Uma Masume: Pretty Derby struck me as awkwardly genius, but painfully disingenuous.

Taking some of the best performing, most overdone aspects of modern anime and fusing them into a single package, we’re left wondering how long it’ll be before the streets of Akihabara are filled with otaku spouting their favorite horse daughter. If you’re interested in checking out further information about the upcoming series, as well as the accompanying mobile game, you can visit the official website.