The horse girl comedy anime series Uma Musume Pretty Derby will have a second season in 2021.

The videos include a promo for the second season.  In another video, voice actors Machico (voice of Tokai Teio) and Saori Onishi (voice of Mejiro McQueen) give congratulatory comments in character.

You can also watch Paka Live TV Vol.1, an hour-long Japanese talk show featuring all of the voice actors.

The actors discuss the manga and the anime; watch the 12th episode of the spinoff series, Umayon; and just generally act cute while staying a safe distance apart.

Even if you speak no Japanese, you can still enjoy Uma Musume’s voice actors playing with a toy robot horse racetrack while wearing horse ears.

The series features cute girls who really, really like to run.

There have been anime series with girls representing zoo animals, and girl versions of battleships.

In this series, the girls are all named after famous racehorses.

Of course, because this is an anime series, the term “famous” applies mostly to horses from Japan.

In Uma Musume, horse racing apparently doesn’t exist. Instead, these girls take the place of horses at the racetrack. The girls all have horse tails and ears. The races even have a “thundering hooves” sound effect.

It’s an odd premise, but it is funny and cute to watch.

Technically speaking, the anime series is part of a multimedia franchise.  Two manga series and two anime series have come out so far. In both cases, the spinoff Umayon is sillier than the main series.

However, the mobile game — which the anime series is supposed to be based upon — was delayed. It was supposed to come out in 2018, and it still hasn’t been released.

Incidentally, the show’s YouTube channel states that it is run by “self-proclaimed” Uma Musume Advertising Officer Gold Ship. Gold Ship has posted quite a few animated videos featuring characters from the show. 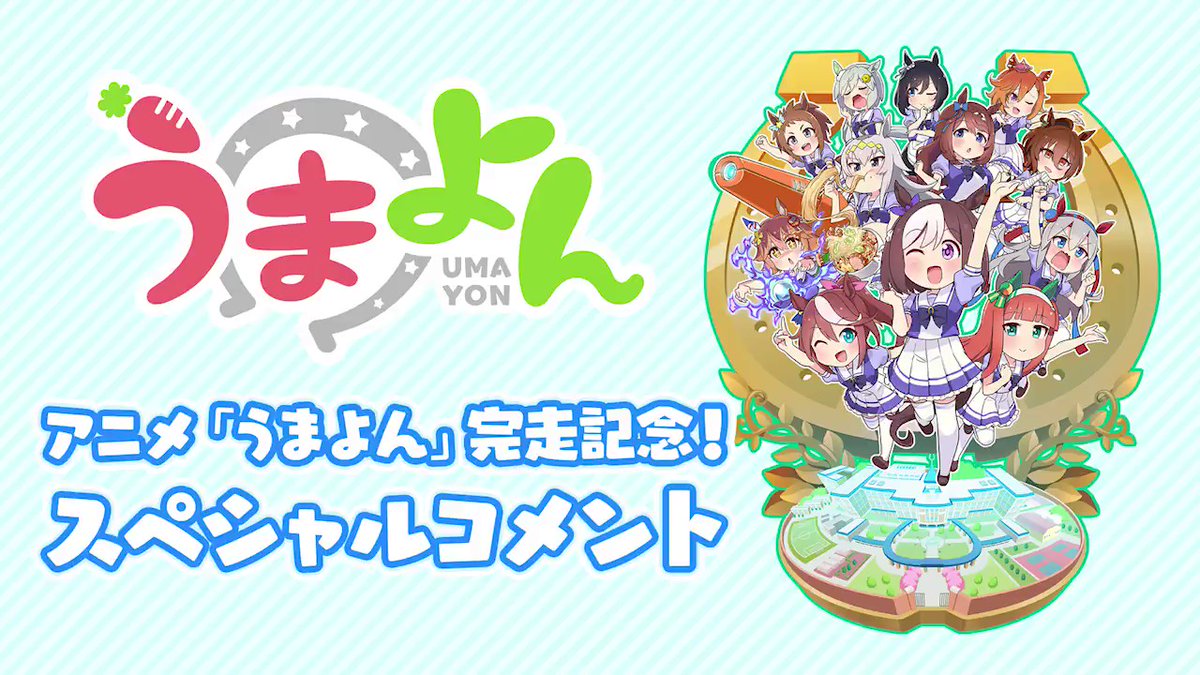 You can find both the main Uma Musume series from 2018; and the recent Umayon spinoff at Crunchyroll.

The horse girl series is completely unrelated to a recent American cartoon show about girl horses.