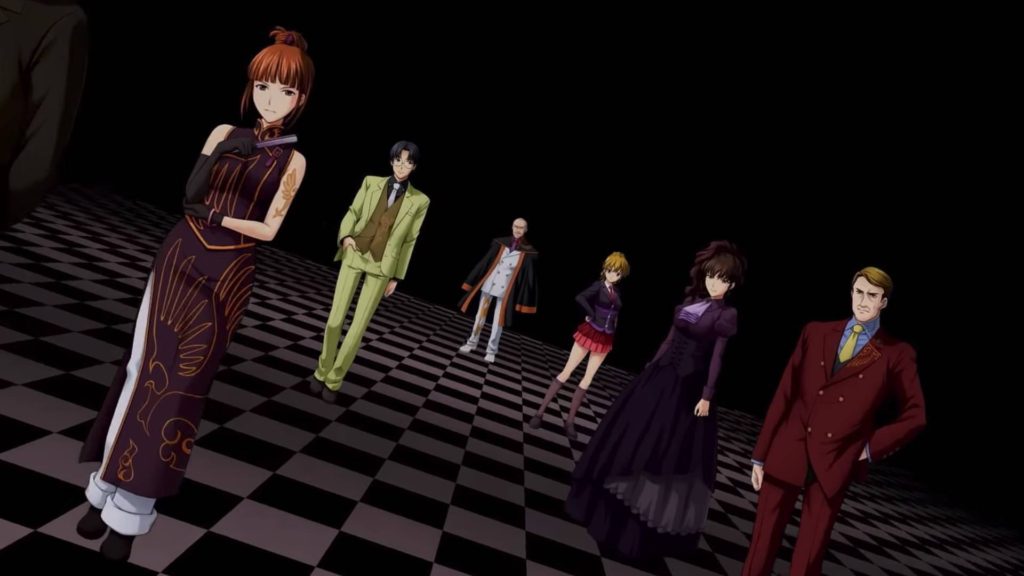 Fans of the 07thExpansion game Umineko no Naku Koro ni have had it pretty good recently. Not only have YenPress been steadily translating the excellent manga adaptation, but the original game itself has finally come to English-language territories thanks to a partnership between the prolific MangaGamer and the original Umineko fan translation group, Witch Hunt. But many fans were perplexed when MangaGamer announced a crowdfunding effort for another Umineko project last week – that of ‘Umineko no Naku Koro ni: Gold Edition.’

Simply put, ‘Gold Edition’ will be (if crowdfunding goals are reached) a free update to the already released Steam English-language version of the Umineko game that adds – among other things – voice acting, character sprites and graphics from the beloved PS3 version of the game, as well as all new content from the original author himself. Those who back the project on Kickstarter will receive official merchandise of the series, which has always been limited – even in Japan.

That being said, several aspects of Gold Edition are causing many fans to scratch their heads. Namely, the fact that this will be released as a free update to all owners of the Steam version of the game anyway – meaning that even those who don’t back the project will receive it, which surely disincentivizes people from backing the campaign. Sure, there will be official merchandise on offer, but does that mean that MangaGamer expects people to back the campaign for the merchandise alone?

And perhaps they do, since the promised feature of ‘voice acting’ isn’t as simple as it sounds either. In fact, Umineko will be one of the few visual novels to receive a full English dub, which was previewed in the video below:

When I heard this news, I immediately turned up my nose, but once I’d sat down and watched the full 20-minute dub preview, I couldn’t help but be pleasantly surprised. It seems like all of the voice cast are giving it their all, especially Kyle Ignezcki as Battler, who absolutely nails his emotional outburst towards the end. They’ve also shown themselves to be engaged with the project, with many of the voice actors interacting with the fan community on Twitter following the reveal.

But to the dismay of many fans, it turned out that the English voice acting was the only form of voice acting going to be added with the Gold Edition – meaning that any hope of hearing the original Japanese voice cast, which includes the likes of Daisuke Ono as Battler and Sayaka Ohara as Beatrice, now lies with installing a fan-made proprietary patch, as it was not available in the base Steam version either.

Why MangaGamer is not adding the Japanese voices in the Gold Edition has yet to be clarified, but it seems like they were able to circumvent the legal ramifications of using the PS3 sprites, which were created by Alchemist as part of their port of the original games to PS3. It was also during the PS3 ports that the game was dubbed in Japanese for the first time, meaning that MangaGamer would surely have been able to license the voice acting along with the sprites from Alchemist if they really wanted to.

The fact that they didn’t is not only a missed opportunity but downright perplexing. After all, fan demand for an English dub was pretty much non-existent before the Gold Edition’s announcement, so you have to wonder why the company would decide to funnel so much money and time into creating an entirely new English dub in the first place. The only answer I can think of is that MangaGamer is banking on the dub pushing Umineko into the mainstream, in which case they are in for a rude awakening.

While visual novels, with their branching paths and interactive dialogue, have broken into the mainstream somewhat with such titles as Dangan Ronpa and Doki Doki Literature Club, Umineko is rather different from these typical visual novels. Not only does it lack interactivity altogether, but its subject matter is rather abstract and complicated, which may frustrate a mainstream player base. Umineko’s strength has always stemmed from its cult status, which in turn conditions a passionate and engaged player base – not from mass consumption.

But as of the time of writing, the Kickstarter project for Gold Edition hasn’t even launched yet, so it’s possible that many of my grievances will be addressed when the project starts in earnest. And I must admit that despite my issues, I’m happy that Umineko is finally getting the attention it has always deserved.

MangaGamerPCUmineko When They Cry
Join Our Discussions on Discord
Join Now