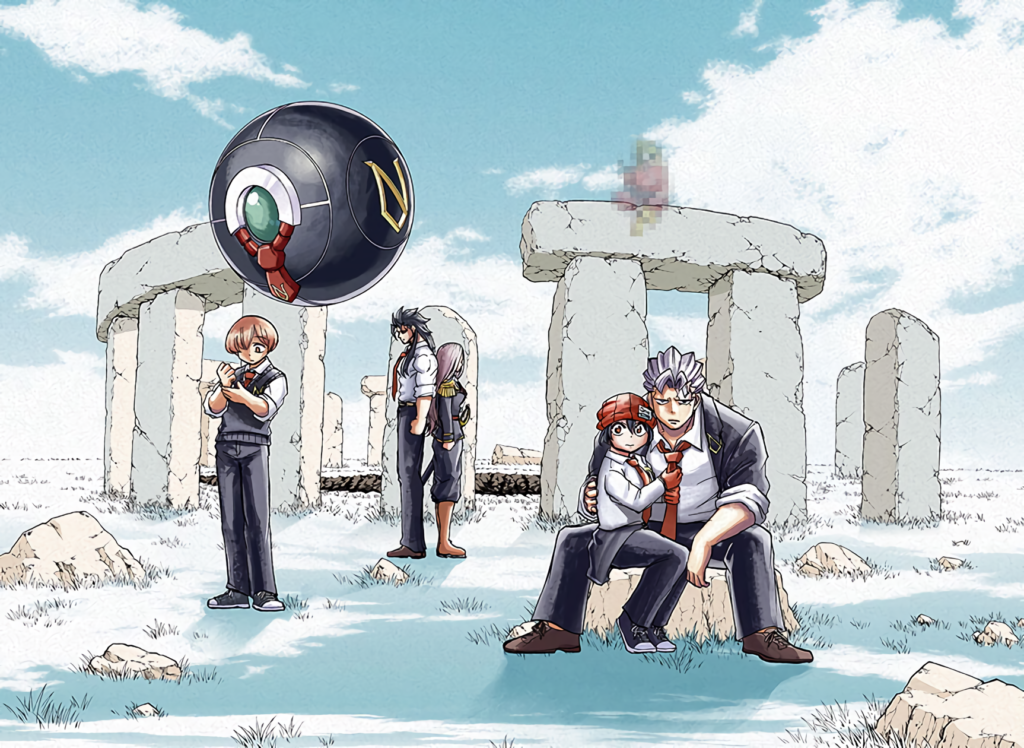 To find the answer to that, we have to refer to the special website that Undead Unluck also launched to promote its latest, sixth volume: there, you will find an interactive illustration of Andy, Fuuko, Juiz, Victor, Chikara, and Titania hanging out at Stonehenge. Anno-Un can also appear if you scroll down and press a button at the bottom.

The five Undead Unluck animated PVs in question are based on these specific characters, summing up their respective backstories and journeys so far. The first focuses on Andy and Fuuko, detailing how they met and how they grew closer. It even talks about the part where Fuuko went into Andy’s past, contained in the previous volume five. Conveniently, the second PV deals with Andy’s alter-ego Victor and his relationship with the leader of Union, Juiz.

The third PV captures the tragic tale of Anno-Un, which was far and away the best part of the Autumn arc. Chikara also gets a recap in the fourth, even though he was the focus of the Unrepair arc a while back. The same goes for Tatiana, who is the focus of the fifth.

All in all, these five animated Undead Unluck PVs underscore two things. The first is that SHUEISHA has faith that this series has the potential to grow ever further than it already has: otherwise, they wouldn’t commission so many all at once.

Moreover, these animated Undead Unluck PVs speak to the fact that the series has an incredibly strong cast of characters, all with their own distinct personalities and unique backgrounds. While the story is also interesting, it has suffered somewhat from problems of pacing, so it’s good that these characters can pick up the slack when needed.

Here’s to even more great character storytelling in the future!

You can read Undead Unluck in English for free via VIZ Media.