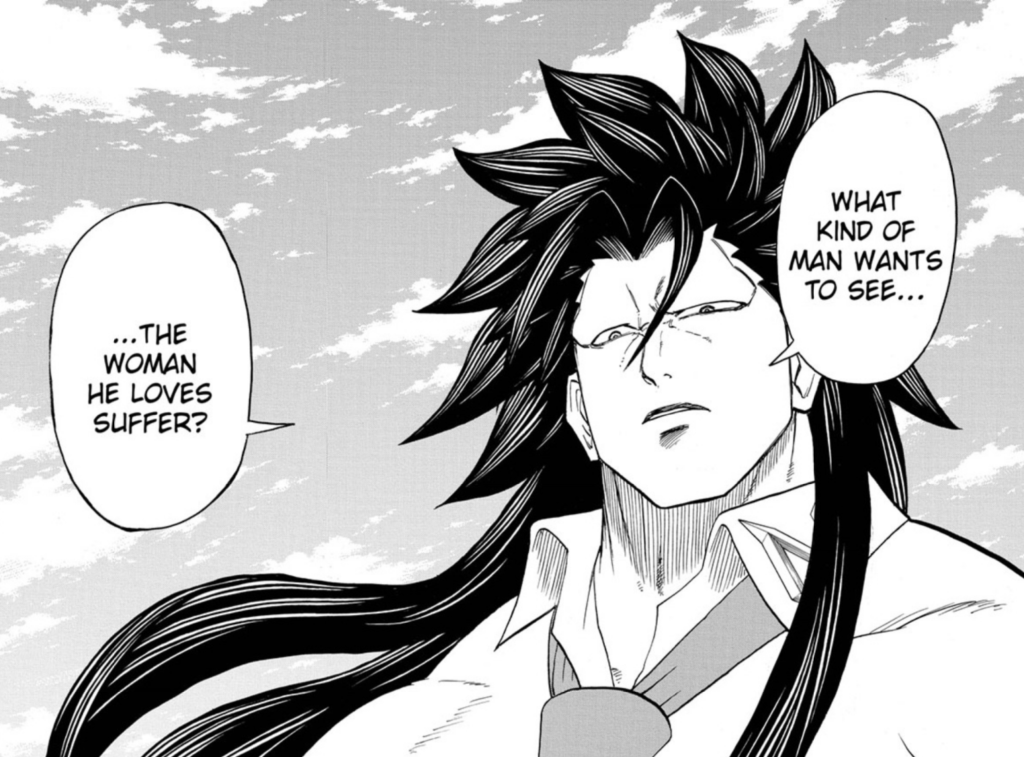 The beginning of a new week can only mean one thing: time for new Weekly Shonen Jump! This is where Jacob investigates the latest and greatest in the magazine, telling you what’s worth your time and what’s not. You can find coverage of other series under the tag Jump Time. Here’s Undead Unluck chapter 46.

The only thing more mysterious than the circumstances surrounding Andy in Undead Unluck was arguably the circumstances surrounding Victor, Andy’s alter-ego and original dominant personality that initially showed up at the end of the Spoil arc. Nevertheless, Undead Unluck chapter 46 finally gives us a peak behind the mask, explaining Victor’s back story and showing that he might not be so bad, after all.

At first, I must admit that I thought that Undead Unluck chapter 46 was being a bit lazy with its writing. At the end of last week, Andy and Fuuko finally managed to subdue their fearsome foe after an epic battle with some fortunate unluck, summoning one of the balls that the Union used to seal Andy at the end of the beginning of the series. Nevertheless, this is quickly overturned when Andy remarks that Victor can ‘probably bust outta there in no time’ and, lo and behold, he does just that.

Initially, this appears to contradict what was said in earlier chapters for the sake of convenience, but that quickly turns out not to be the case: later on, Victor reveals that he actually has a lot of sympathy for Andy and Fuuko, remarking that they might just be able to do what he could never do. He only let them capture him because he no longer felt like fighting, which is something that is also foreshadowed at the end of chapter 45. 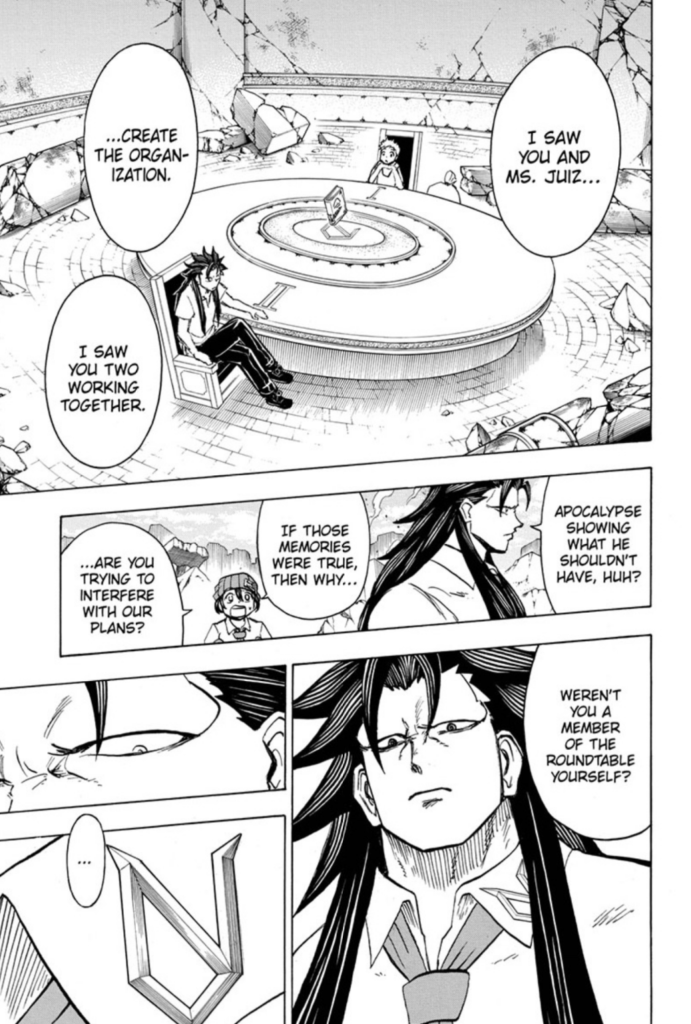 In any case, Undead Unluck chapter 46 is quite important as it shows us who Victor is, what his relationship with the Union was, and how he became the person he is today. Simply put, he helped create the organization with Juiz or Unjustice back in the day, attempting to fulfill her goal of defeating God. Yet, through many victories and many defeats across thousands of years, he eventually gave up, reckoning that God was too strong. He’s now decided to kill Juiz so that she’ll stop torturing herself in pursuit of her goal, since she’ll never give up.

One important aspect of Victor’s relationship with Juiz is that he’s in love with her, brazenly declaring the motivation behind his actions with the rhetorical question ‘What kind of man wants to see the woman he loves suffer?’. This is very similar to the current relationship between Fuuko and Andy, which is also something that Undead Unluck chapter 46 recognizes: Victor likens Fuuko to Juiz in terms of her ‘spirit,’ and Andy is like Victor before he got cynical. In this sense, history repeats itself.

There is, however, a degree of hope: Victor says that Andy and Fuuko might actually just be able to fulfill Juiz’s original goal of killing God since Fuuko’s Unluck is evolving, personalizing itself for the target. This comes as a result of journeying with Andy, or her love for him. Undead Unluck chapter 46 then finishes with a heartwarming romantic moment, setting up perfectly for future developments in both the plot and the relationship between our two main characters. I can’t wait to read more.

You can read Undead Unluck chapter 46 for free via VIZ Media.