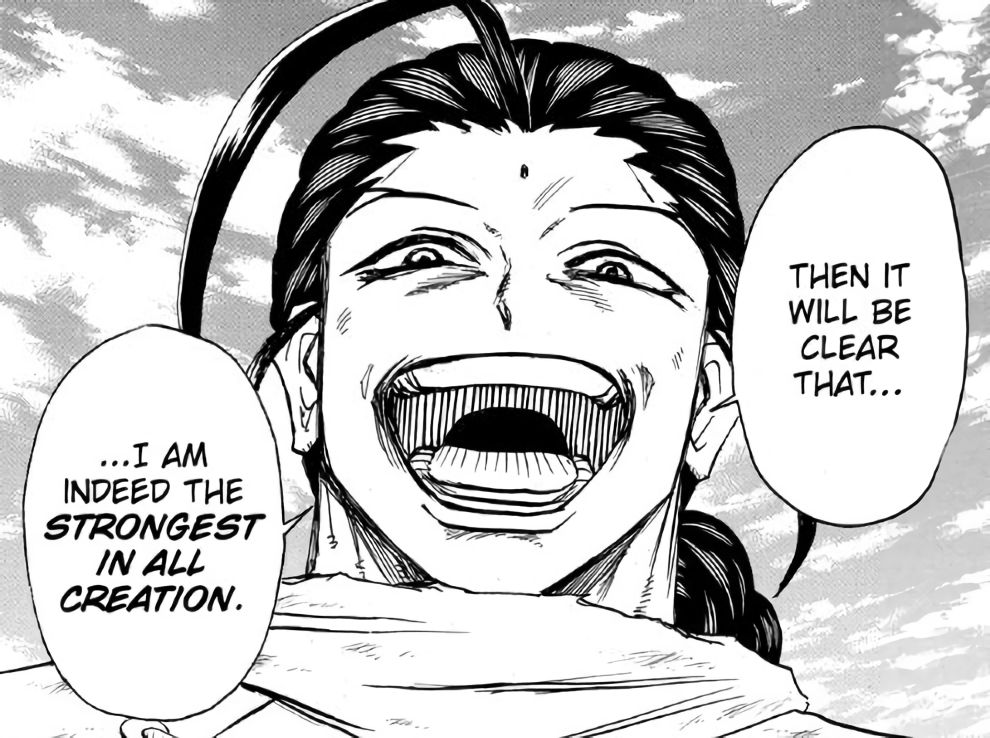 The beginning of a new week can only mean one thing: time for new Weekly Shonen Jump! This is where Jacob investigates the latest and greatest in the magazine, telling you what’s worth your time and what’s not. You can find coverage of other series under the tag Jump Time. Here’s Undead Unluck chapter 61.

Fuuko and Andy are facing off against an important figure from Shen’s past in Undead Unluck chapter 61: his teacher, Feng, who declares himself to be ‘the strongest in all creation.’ Very quickly, the differences in their philosophies become clear, making for a fight underpinned by both strong character writing and interesting power dynamics.

Truth be told, this fight actually kicked off a couple of weeks ago as part of the Summer arc, but Undead Unluck chapter 61 was the first that properly caught my attention. Feng’s power is immediately obvious as he brushes off Andy’s ‘Deep-Crimson Crescent Moon’ and forces him to fight with his bare hands, declaring weapons to be ‘uncouth.’ He then exploits a loophole in Andy’s healing abilities by dislocating his shoulders, leaving his arms unusable.

After a while, Andy realizes that he isn’t even using a special Negator ability, instead relying on ‘pure technique’: this is remarkably similar to Toji Fushiguro from Jujutsu Kaisen, which isn’t exactly a bad thing. He’s terrifying in exactly the same way. 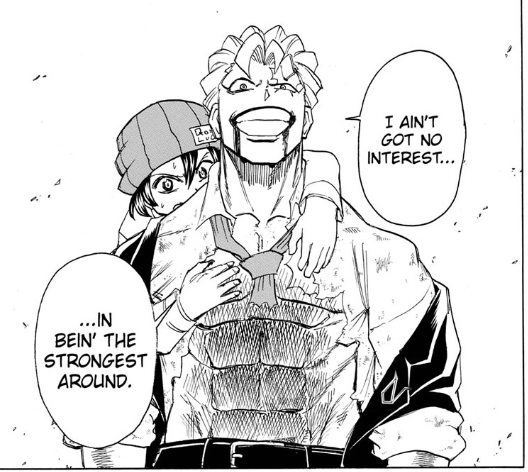 In any case, towards the end of Undead Unluck chapter 61, there’s a moment between Andy and Feng that perfectly underscores the differences in their philosophies. Feng offers to teach Andy his ‘shin hakkyoku’ style, but Andy declares that he ‘ain’t go no interest in bein’ the strongest around.’ At first, this seems cowardly, but what this means is that he’s only interested in being strong enough to achieve his goals: namely, protecting Fuuko.

Another excellent point is made in Undead Unluck chapter 61 when Andy declares, ‘Even if ya do get all strong by yourself, it’ll be hollow as hell.’ What’s the point in success if you can’t share it with anyone? Furthermore, in previous chapters, we learned that Feng actually killed Shen’s sister in order to propel forward his development. What’s the point in strength if it can only be used to hurt others?

If Undead Unluck can continue to balance strong character writing with interesting power dynamics in the same way as chapter 61, then I see no reason why the Summer arc couldn’t live up to the heights of Autumn. True, that story wasn’t exactly perfect, but it did give us the excellent character of Anno-Un. Here’s hoping for another home run.

You can read Undead Unluck chapter 61 for free via VIZ Media.