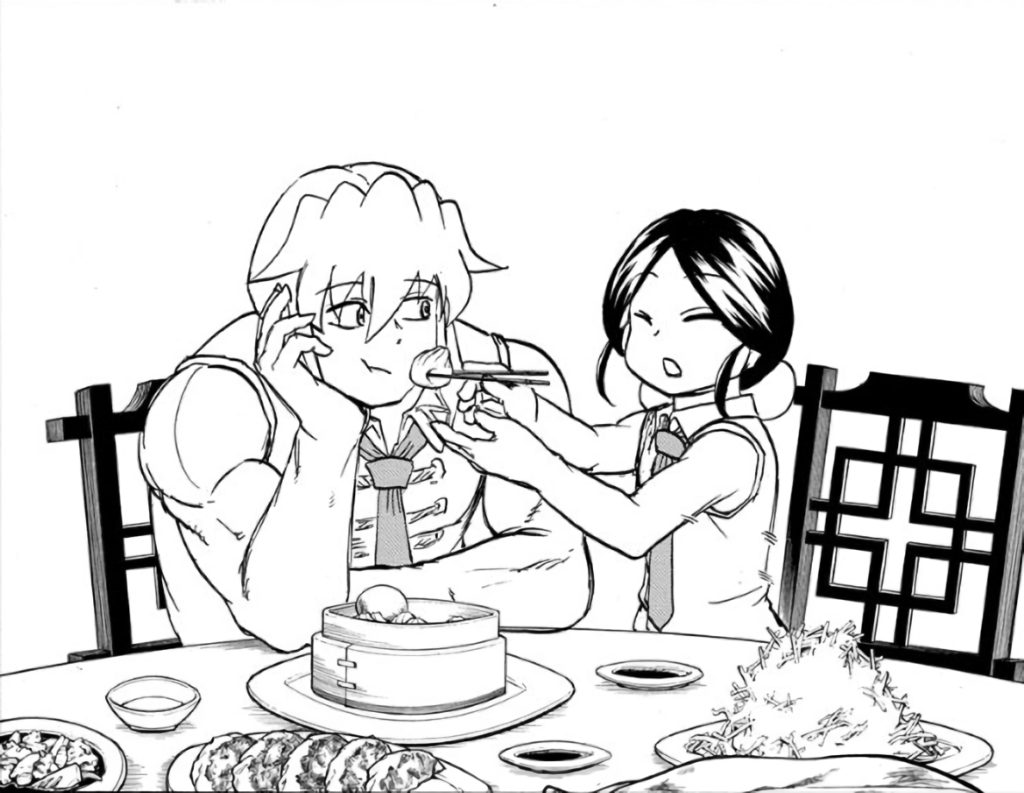 The beginning of a new week can only mean one thing: time for new Weekly Shonen Jump! This is where Jacob investigates the latest and greatest in the magazine, telling you what’s worth your time and what’s not. You can find coverage of other series under the tag Jump Time. Here’s Undead Unluck chapter 64.

If what has made the Summer arc of Undead Unluck so incredible so far has been the combination of strong character writing and interesting power dynamics, then chapter 64 only exemplifies this further with the simple question: ‘Could you be a dear and kill me, please?’

Last week, things looked dicey when Shen moved with Andy to protect Mui and Fuuko from one of Feng’s attacks, getting skewered by a giant stick along the way. He then enjoyed an extensive flashback that explored his relationship with his sister and appeared to constitute a pretty big death flag, but his hare-brained plan to avoid death in Undead Unluck chapter 64 is this: steal one of Feng’s artifacts and have Mui kill him while holding it, thus transforming him into a jiangshi or Chinese hopping zombie.

At first, Mui isn’t exactly on board with the plan: who knows what becoming a zombie might do to Shen’s personality, after all? He might become an entirely different person, but Shen’s willing to take the risk if it means being with Mui for a little longer. The core emotional beat of Undead Unluck chapter 64 is Shen realizing that Untruth’s activation requirement isn’t actually wanting to fight someone strong, but ‘To be fond of’ the person within his sight.

That’s right: this is Shen confessing his love for Mui in Undead Unluck chapter 64, which speaks to the series’ identity as a zany love comedy just as much as it is an action series. Moreover, it combines yet again the aforementioned strengths of character writing and power dynamics: it takes a near-death experience for Shen to realize where his true priorities lie, and repurposing Shen’s summoning abilities for the resurrection was a genius move. It almost distracts from the fact that getting the bead seemed a little easier for Andy and Fuuko than it should have been.

Even so, the question remains: just how will Shen cope with now being a zombie? At the end of Undead Unluck chapter 64, he appears fine enough, sporting a darker skin tone and declaring that he’s ‘The strongest I’ve ever been.’ Nevertheless, it seems unlikely that he’ll get away with this decision scot free.

This could be another opportunity for series author Yoshifumi Tozuka to introduce yet more complexity to a character that is already plenty multi-faceted. Watch this space.

You can read Undead Unluck chapter 64 for free via VIZ Media.