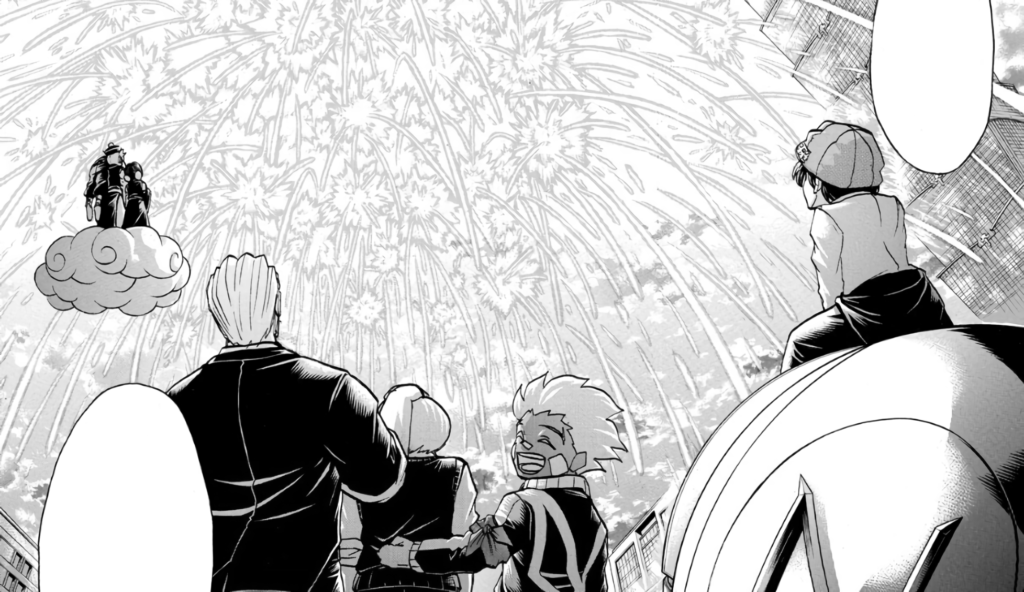 The beginning of a new week can only mean one thing: time for new Weekly Shonen Jump! This is where Jacob investigates the latest and greatest in the magazine, telling you what’s worth your time and what’s not. You can find coverage of other series under the tag Jump Time. Here’s Undead Unluck chapter 67.

The battle against the UMA Summer comes to an end in Undead Unluck chapter 67. Although the arc that preceded it was exceedingly uneven, the Summer arc has been remarkably solid and consistent in delivering compelling character moments. With any luck, this approach can continue into the future.

Last week, Mui made Apocalypse inadvertently reveal the way to take down Summer with a strategic bit of Untruth, but knowing how to do something is completely different from being able to do it. Undead Unluck chapter 67 is therefore all about how Andy and friends use this information: mainly, by leveraging all the character development that they’ve experience over the course of the story thus far.

First of all, it’s stated that unless all of Summer’s cores are destroyed at the same time, the UMA can’t be defeated. Andy very quickly devises a plan based on this using Shen’s Unbreakable staff, Chikara’s Unmove ability (as transported by Top and Unstoppable), before finally spraying his own Unluck-laden blood all over the immobilized enemy to ensure that Tatiana’s Untouchable can hit all the cores simultaneously. Seeing all of this come together is incredible to watch, making Undead Unluck chapter 67 into a very entertaining read. 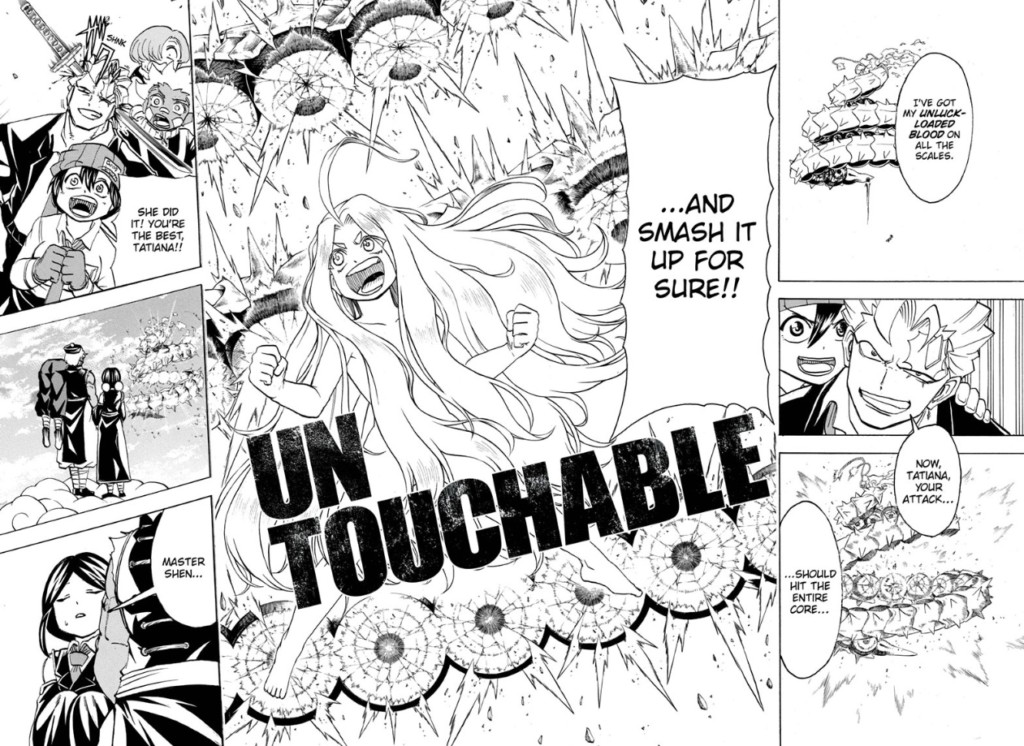 Even so, it’s far more than just that. Quite cleverly, Yoshifumi Tozuka ties all of these incredible feats to each one of the character’s own personal journeys and the progress they’ve made over the course of the series. Andy is only able to transfer Unluck to his blood because he realized the true extent of his abilities back in the Autumn arc, Chikara is no longer afraid to use his abilities during the fight because of the lessons he learnt from the rest of the Union, and Mui was only able to extract the necessary information from Apocalypse in the first place because she took Untruth from Shen. As Andy says, this really does give the sense that ‘Everyone’s gotten stronger.’

This is also tied into the idea that love and affection for someone else is what truly makes you strong, which was already explored in the philosophical clash between Andy and Feng in chapter 61. Perhaps it was only because all the Union members in Undead Unluck chapter 67 trusted and loved each other that they were able to take down Summer, disproving Feng’s idea that individual strength is paramount. There is power in a union.

Speaking of Feng, the final scene between him, Mui, and Shen leaves Undead Unluck chapter 67 and the Summer arc as a whole off on a bittersweet note. When Shen remarks to him that he felt like they were a real family back when his sister was alive, he spits: ‘I never once thought of any one of you as family.’ We also know that this is the truth, since it is implied that Mui was using Untruth on him at the time.

With that, the Summer arc is over. Where will Undead Unluck go from here? Hopefully, it’s head-on into adventures just as solid and consistent as this one.

You can read Undead Unluck chapter 67 for free via VIZ Media.