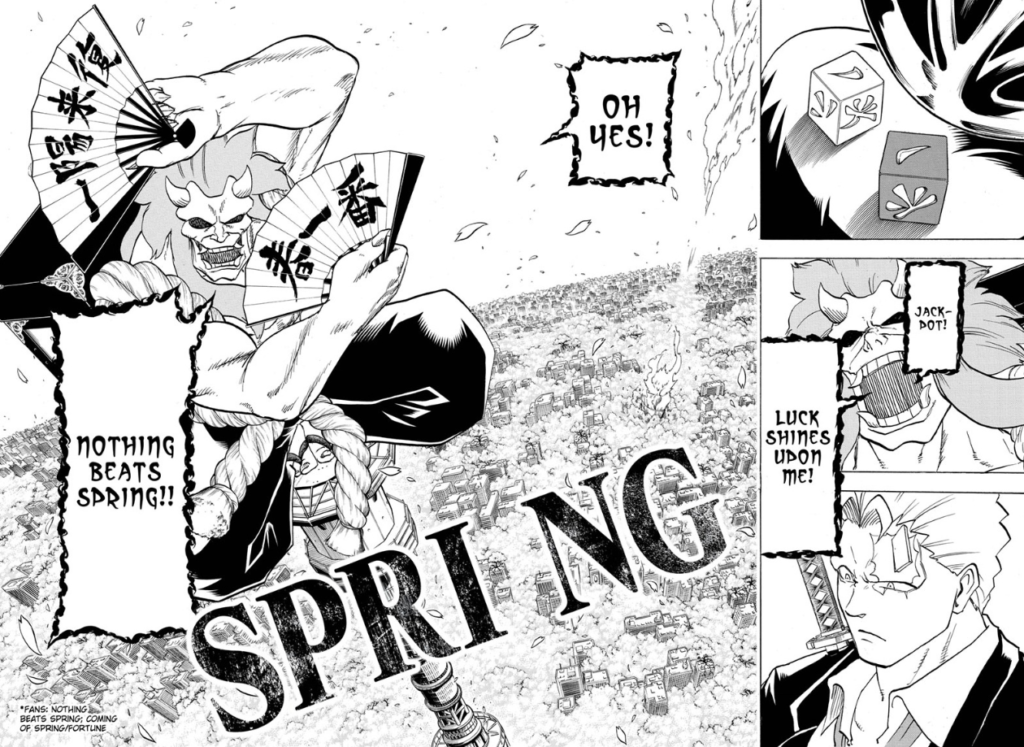 The beginning of a new week can only mean one thing: time for new Weekly Shonen Jump! This is where Jacob investigates the latest and greatest in the magazine, telling you what’s worth your time and what’s not. You can find coverage of other series under the tag Jump Time. Here’s Undead Unluck chapter 70.

Something big happened in the world of Undead Unluck last week: Fuuko went over to Under as a hostage in exchange for their support in defeating the UMA Winter. As if that wasn’t exciting enough, now that the UMA Spring has appeared above Tokyo, she’ll have to step up to the plate as the only one who can neutralize its ability.

When Billy agreed to take Fuuko as a hostage back in chapter 69, this was under the assumption that she would essentially be held under lock and key indefinitely as a trump card over the Union. Yet, Undead Unluck chapter 70 makes it clear that Fuuko isn’t going to be able to retire from the front lines just yet: Spring’s ability revolves entirely around chance and the luck of the draw. As a result, Fuuko’s Unluck power will be necessary for defeating it and preventing Ragnarӧk.

Spring’s introduction is arguably done in Undead Unluck chapter 70 in the best way possible. Billy orders a nuke launch to defeat it, calling back to the entire reason why he split from the Union and revealed his true affiliations in the first place: Juiz was not prepared to accept that the ends justify the means. Even if the entire population of Tokyo would perish in the explosion, it’s worth it for Billy if it means taking down the UMA with little to no effort. Alas, Spring’s dice land in such a way that the nuke disappears from existence. 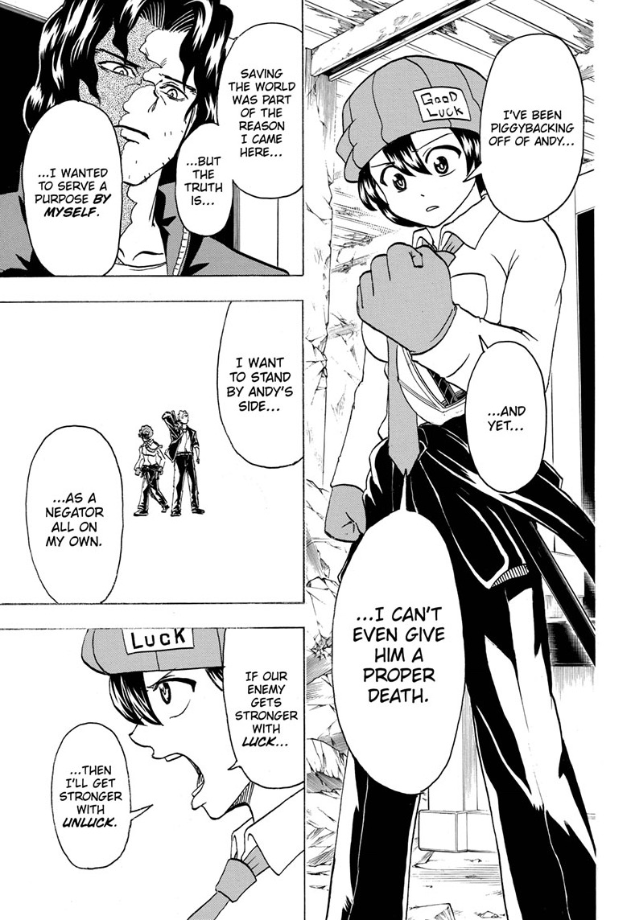 Putting aside Spring for the moment, Fuuko is also eager to take on the task of defeating this final seasonal UMA because of her own character motivations. Chapter 67 showed off just how much everyone had grown as a result of the last couple of battles, but Fuuko feels left out. She remarks that she ‘can’t even give him [Andy] a proper death,’ echoing the initial premise of their relationship. If defeating Spring can provide her with an opportunity to learn to use Unluck in a different way and improve her own strength separate from Andy, then it’s a no-brainer.

Luckily for Andy and the Union, this provides them with a perfect way for them to take back Fuuko and prevent her from suffering at the hands of Under. Even if they agreed to the exchange in the first place, now that Winter is gone, there’s no need for them to abide by the agreement. As a result, all the pieces are lined up in Undead Unluck chapter 70 for not just a climactic clash with Spring, but also between the Union and Under.

Discovering how it all unfolds will be fascinating to see, to say the least.

You can read Undead Unluck chapter 70 for free via VIZ Media.