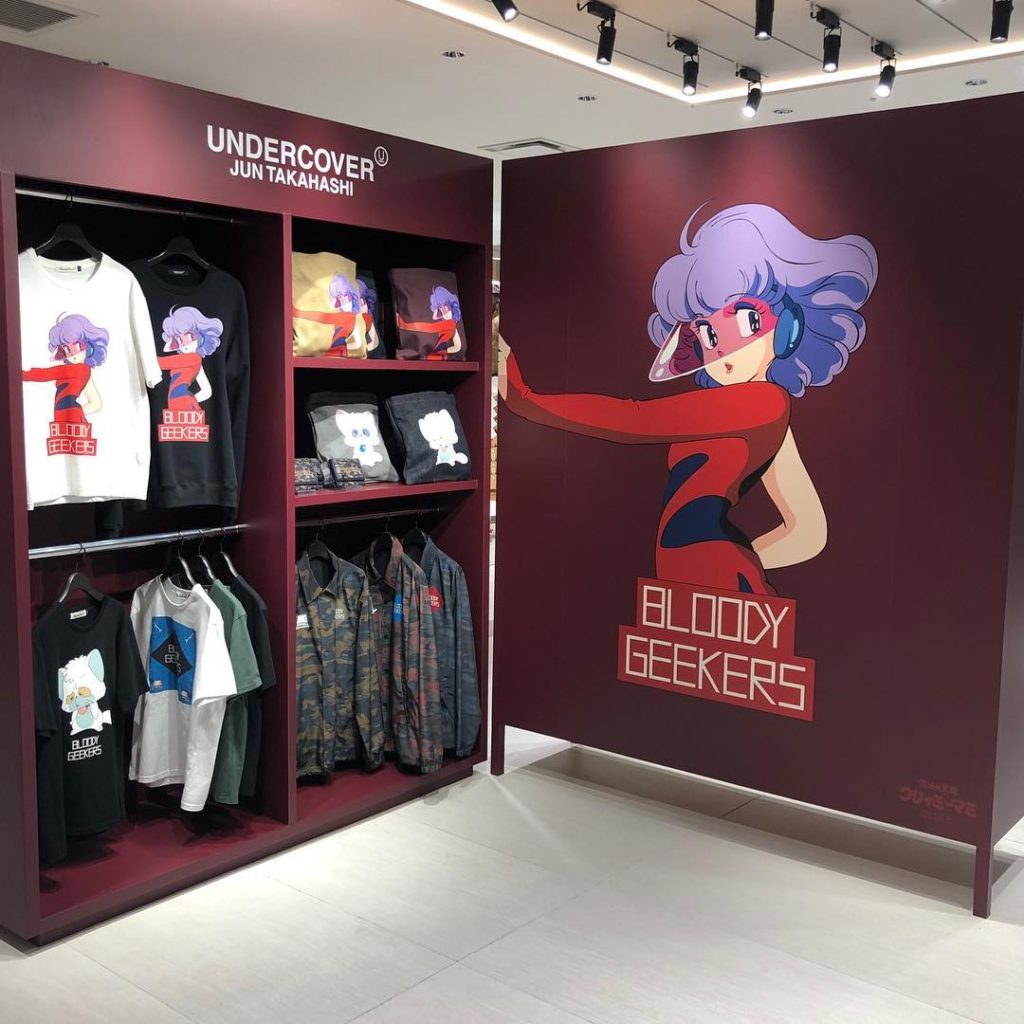 Jun Takahashi’s streetwear brand UNDERCOVER is no stranger to major collaborations, but for their upcoming 19/SS season, they might have just pulled off their most exciting yet. Part of UNDERCOVER’s normcore line BLOODY GEEKERS, the brand finds themselves collaborating with animation studio Pierrot for an all-new collection featuring Magical Angel Creamy Mami. Announced via Instagram and up for pre-sale today at both Laforet Harajuku and Isetan Shinjuku Mens, the full line can be peeked below:

We’ve seen a number of streetwear brands in the past attempt to handle anime/manga properties, but there are a few particularly standout pieces in this drop that make them stand out from every other brand. In particular, I’m eyeing the incredible collaborative jacket featuring Creamy Mami on the back in a manner that breaks down the screenprint standard employed by other brands when associating with animated properties in the past.

Originally aired in 1983, Magical Angel Creamy Mami was a genuine game-changer in the pop culture landscape of Japan, and 36 years later we’re seeing UNDERCOVER tap into this rich source of inspiration. Similarly, Jun Takahashi was one of the initial major influencers of Harajuku, alongside the likes of NIGO® and Hiroshi Fujiwara, so this really does feel like a pairing of the greats.

Available for pre-sale at both MADSTORE UNDERCOVER Laforet Harajuku and Isetan Shinjuku Mens, this is definitely a drop worth keeping an eye on. While we don’t have the definitive drop date outside of pre-sale, you can find more info on the brand via their official website.