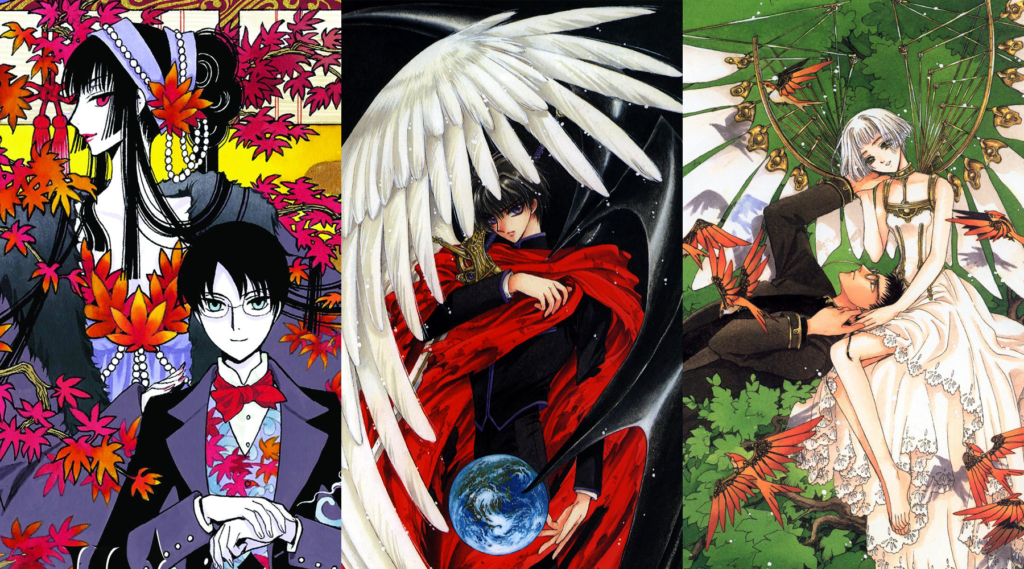 Half-Sculpted: The Many Unfinished Works By Clamp

The beautiful faces regardless of gender, the exquisite fashion just for its own sake, and stories that ranged from finding an android girl in a trash can to early 90s SNES RPG cheese to the gosh darn end of the world, there’s more than one reason why the ultra prolific Clamp was manga’s darling from the late 90s up until the mid-2000s. Yes, they’re ultimately most remembered for Card Captor Sakura whose die-hard fans will argue is the superior magical girl series over Sailor Moon. However, they’re one of the very few creators whose legacy far extends past their biggest hit and instead comes from the totality of their works, like Chobits and Magic Knight Rayearth which were extremely prominent in their own right. This past decade though has seen the group wain, and while some of that comes from the changing times we do have to acknowledge the group’s history of leaving some of their works half-finished. 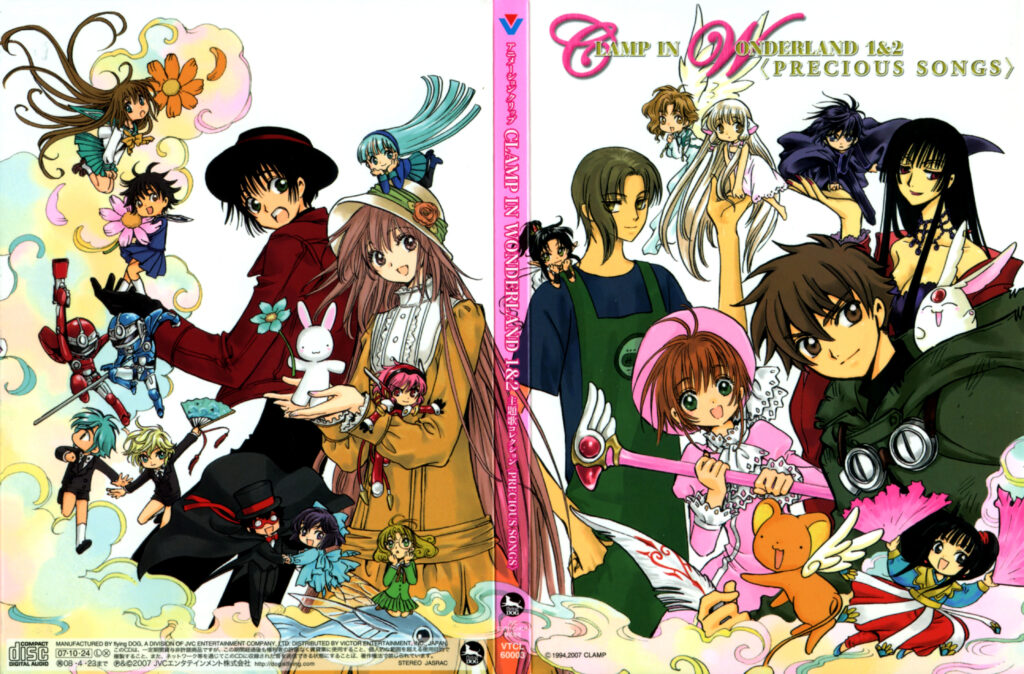 Clamp has a whole world of characters who often reappear throughout their many works, creating a very loose sort of canon for fans to wrap their heads around. Perhaps inspired by the great Osamu Tezuka who famously reused characters in different roles like actors throughout his manga, Clamp’s created a huge family and crossover images like the above are common and joyous. However, if you were to ask us how characters above are in unfinished manga, the answer would be four or five if you count characters referenced in unfinished comics. The Legend Of Chun Hyang, featuring the girl in the bottom right corner, was canceled by the magazine it was running it so we’ll give that series that past. Don’t worry, we’re still left with a lot of ground to cover. 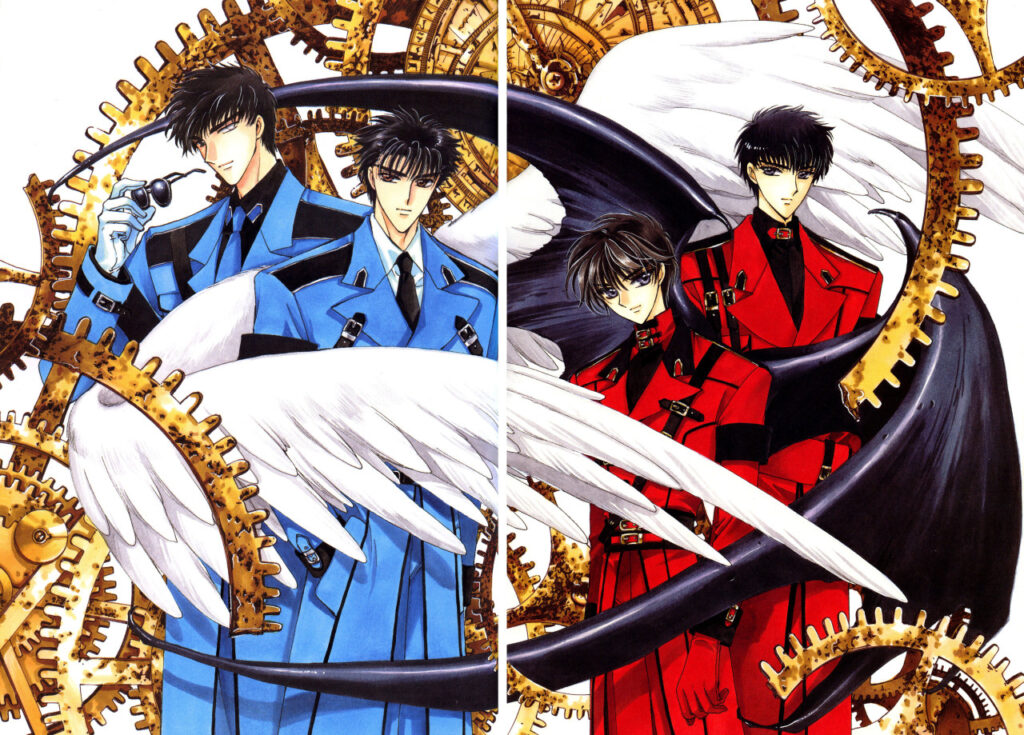 Clamp’s Epic! We’re nearing the 30 year anniversary of X/1999 and the 20 year anniversary of Clamp halting its production not too far from the finish line. Picking up where a previous series of theirs Tokyo Babylon ended, this comic saw the four-person mangaka group going as hard as they could on all possible cylinders. Simply called X in Japan the series centers on a fast-approaching apocalypse and two competing groups; The Dragons Of Heaven lead by Kamui who want to save humanity and The Dragons Of Earth lead by his best friend Fuma trying to usher in their demise. The story was Clamp at their darkest and artistically it followed suit with a unique urban-goth flare that permeated through the fashion and atmosphere of the series. X/1999’s gigantic cast were all presented as human, no matter which side they were on, and characters consistently struggle with what they want versus what they have to do for humanity. Why was this crowning achievement, on the inspired two separate anime adaptations with alternate endings, canned just three volumes away from completion? The mass death and murder in the comic ended up to true to life for readers and its magazine alike, forcing it to be shelved.

Clover Reads Like Poetry And You Wouldn’t Know Its Unfinished 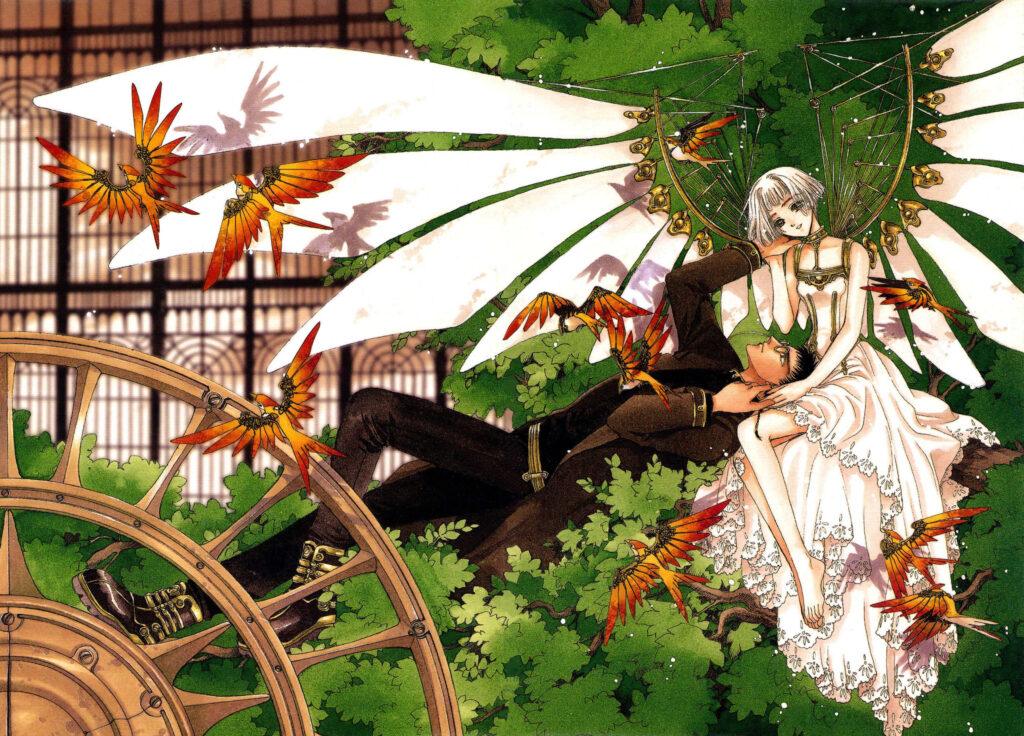 Clover stands out for its pristine visuals event amongst the rest of Clamp’s library. With sparse, minimalistic backgrounds,  the entire comic sets a beautiful, isolated tone. Taking place in some technology advanced and of course dystopian future, the manga doesn’t skew as Sci-Fi as that description would suggest. It mostly centers around Sue, a ‘Clover’ who has the innate ability to manipulate technology into doing he budding, and her long periods of isolation between missions. As the picture above suggests, a Romance begins to bloom between her and her handler. Yeah, no denying Clamp has no issues with power imbalances in their relationships. The four volumes do read as a complete story, with two telling the tale and two as a prequel. However Clover actually stopped because its magazine folded, and its creators have gone on record as saying they would need two more volumes to tell the full story they intended.

Gate 7 Was The Next Big Original Manga From Clamp, And Their Last 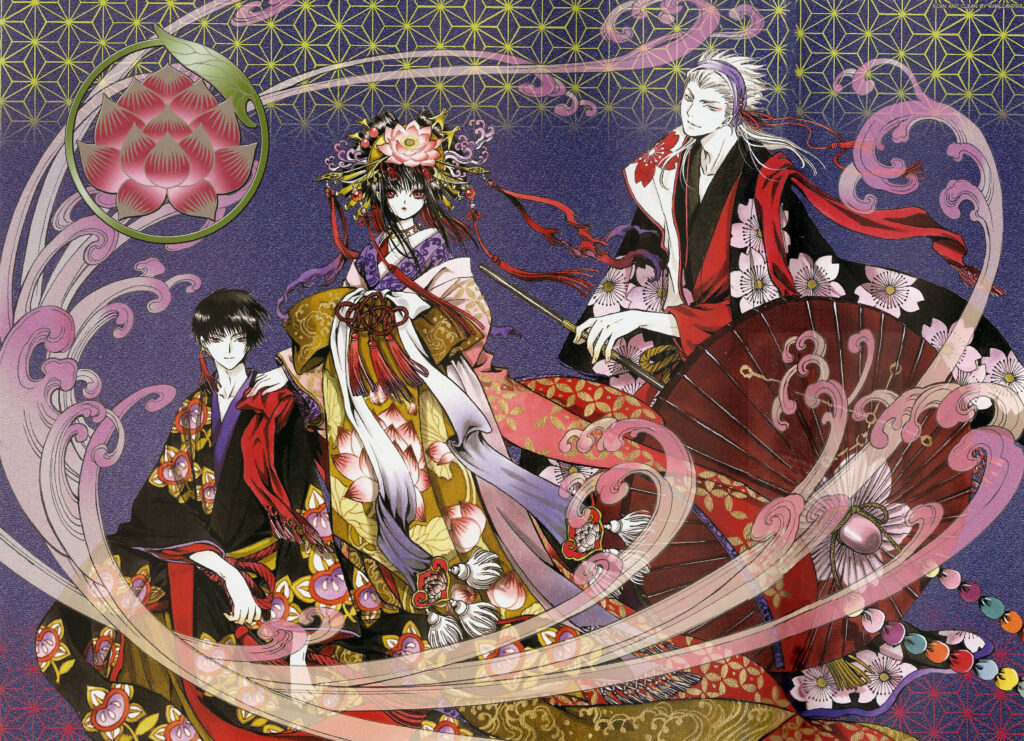 Man, Gate 7 was going to big for Clamp! Their first new series since ending the directly connected xxxHolic x Tsubasa Reservoir Chronicle combo, as well as the lesser read comic  Kobato. It was even being serialized in the Shonen Jump affiliate magazine Jump SQ alongside Blue Exorcist and D. Gray-Man, a first for Clamp! Dark Horse made a big deal of releasing the comic in English just a few months after its Japanese release, which 10 years ago was not a common thing. A shonen story that was a little more esoteric than Tsubasa, Clamp brought a new kind of illustration to the expanded universe of Shonen Jump comics. This time around it’s not clear what happened with Gate 7, as it seemingly fizzled out of existence after four volumes’ worth of chapters. Fans had noted though that Clamp did quietly unfollow the Shueisha and Jump SQ Twitter accounts. Any Youtubers covering petty Anime beef out there?

The Sequels Nobody Really Asked For

We’ve been stuck in a media climate that’s more content to serve remakes, rehashes, and sequels rather than risking financial loss with an original story and IP. While it hasn’t affected anime and manga quite as obviously as it had movies, it’s certainly a thing in our world too. I mean, we’re getting a damn Inuyasha sequel in just a few months! What year is it! At least Clamp was slightly ahead of the curve when they decided to start releasing largely unnoticed follow-ups to several of their works. Thing is, most of these they didn’t even finish! About the same time that Gate 7 came out, Clamp started publishing Drug & Drop, a follow up to their short BL twinged Legal Drug series from about a decade prior.  That sort of fell by the wayside when one of their members had to recover from injury, but they never got back to it! Then we got new installments for both Tsubasa and xxxHolic! The former finished after a small three-volume stint, hardly anything, but xxxHolic Rei remains in limbo after just four volumes. 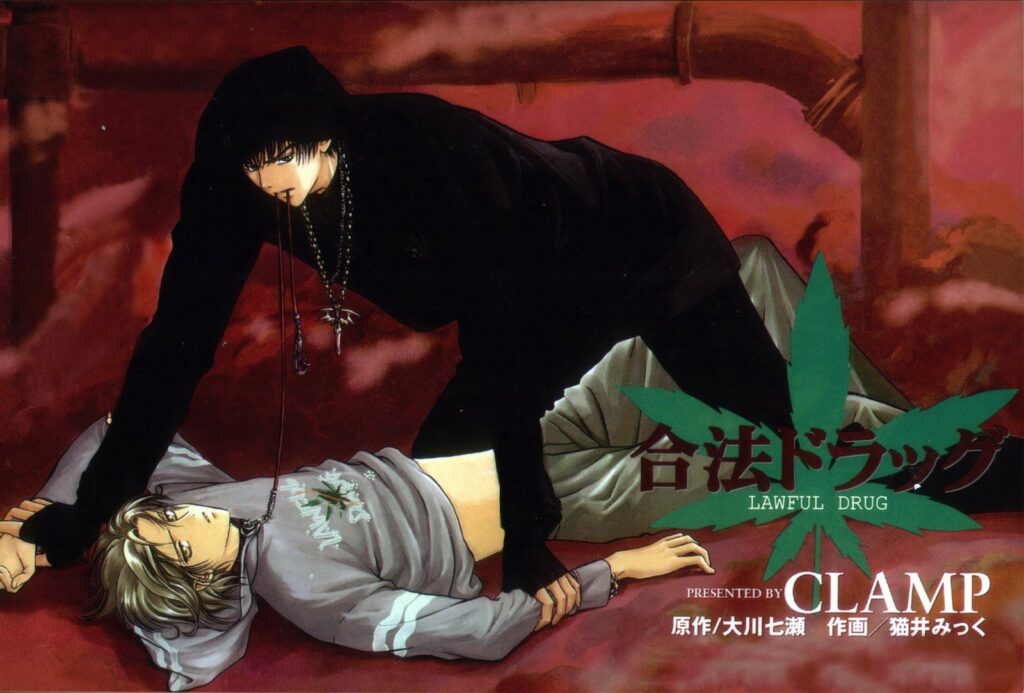 With Clamp spending the first half of last decade on a bunch of half-hearted sequel attempts and an original work that fell by the wayside, it’s no wonder the group has lost their spot as one of the top names in manga! Of course, they’ve built a library of comics that have them permanently etched into manga history, but it’s still sad to see. That all said, they have stuck with on sequel series in the last five year; Card Captor Sakura Clear Card. Their story ends, or at least continues, with them biting the bullet and returning to their most famous series. Unfortunate, but what can you do? Even the best of sculptors have to pay the bills somehow.